Making the World Your Business Playground 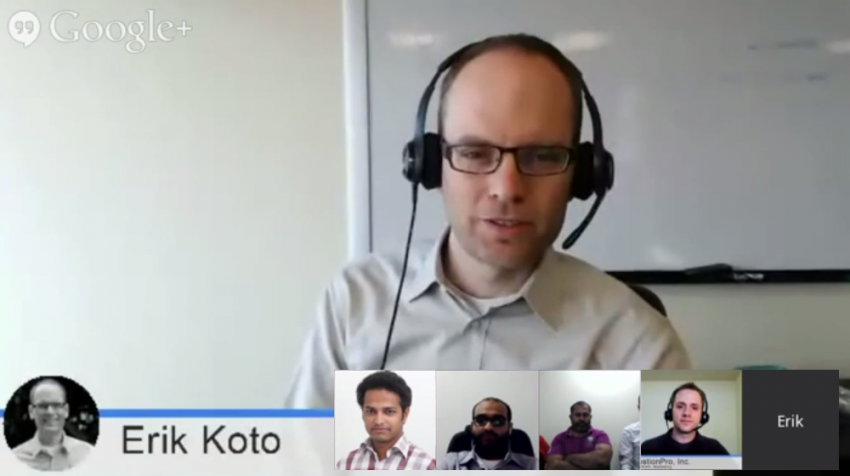 It’s shortly after sunrise in Ballard, a residential neighborhood of Seattle, Washington near Puget Sound. Erik Koto, the CEO of QuestionPro, has just awakened. He hasn’t even had his morning coffee, but already there’s an alert on his mobile phone from the company’s website design team.

Located in Argentina, the team says the new UI designs are ready for review.

Then there’s a mobile Skype call with his company’s network admin team in India. The call is to confirm bandwidth levels as a QuestionPro customer sends over one million survey invitations through the company’s software platform.

And all of this happens before Koto has his English muffin for breakfast.

For Koto and his team at QuestionPro, it’s just another day. The 50-person technology company provides online survey software to 2.5 million users located in over 100 countries.

QuestionPro is among the growing number of micromultinationals. These are businesses that are small in size, but operate globally. And QuestionPro has done so almost from day one of its existence.

Small to medium sized companies doing business globally used to be the exception. Today they are becoming the rule. And it’s not just in the tech sector.

According to Kati Suominen, founder and CEO of TradeUp, an equity crowdfunding platform for globalizing companies, such firms are anything but the exception.

So, what does it take to operate a company like this?  And how is it different from a traditional small business like a coffee shop, retail store, realtor or other local operation?

For one thing, communication takes on a sense of overriding importance in a global company.  And it requires some adjustment.

You have to find a way to collaborate across time zones, continents, and cultures, Koto explains in an interview with us.

Technology (Skype, phone conferences, video conferences, messaging chats and screen-shares) has made this much easier.  But in Koto’s opinion, fostering communication is not a challenge that is solved by technology alone.

While technology is a great enabler, creating a collaborative global team still comes down to the same basic principles that apply to a small team sitting in the same office. Those principles are (1) being accessible to others on the team, and (2) making the effort to communicate.

Fixed office hours can get in the way of communication for a small global team.  “You have to make yourself available well beyond 9-to-5,” he adds.  Never being available during normal business hours in other time zones may be perceived as rude to your team.

But what’s worse is that it can force all communications to be done using email.

“When you’re spread across the globe, there’s a natural tendency for team members to fall back on email all the time,” Koto says.  That’s a mistake. “Email is crucial, but also has serious limitations.  It slows your team down, because you may have to wait 12 hours for an email response. And then it could be another 12 hours until the person gets your email response back. Whereas, in a voice conversation, you go back and forth in real time. You can ask questions to clarify points and add details, all in the space of five minutes.”

Using email alone, that process could take five days instead of five minutes, he adds. 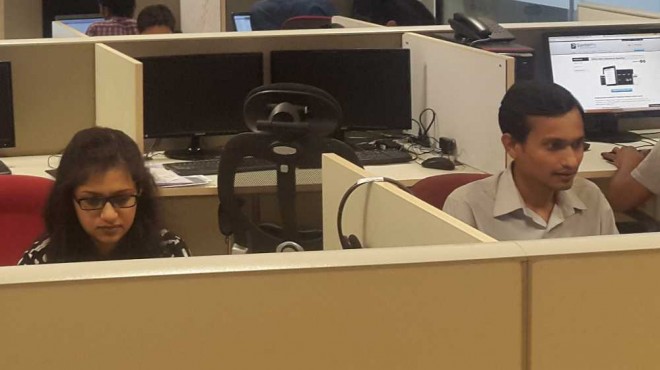 Communication styles differ between cultures.  Even small talk is different, because not everyone will understand local geography, politics, television shows or cultural references.

But he says cultural barriers quickly come down when remembering a few important tips.

Take time in each call, even if just for a moment, to put ‘business’ aside. Ask about local politics, weather, festivals, families and kids.  Don’t assume everyone cares about your local weather.  Don’t talk as if everyone understands what’s going on in the United States.  Instead, ask about their country. Draw them out.

Also, crack a joke. You may have heard that humor doesn’t translate well, but Koto disagrees. “Humor is the most universal language. Just make sure everyone knows it’s a joke,” he adds.

Finally, whenever you have the chance, get on a plane. Meet people in person. These face-to-face interactions will pay off for months and years to come, Koto says. 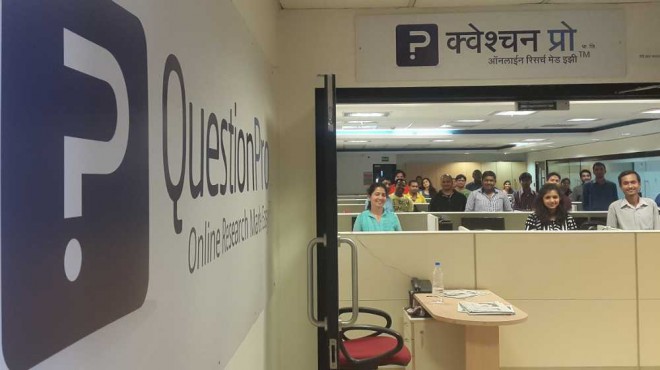 According to Koto, one of the reasons QuestionPro was able to go global almost from day one, is the type of business it is.

“We sell an online product. It’s a subscription-based survey software,” he explained in the interview. QuestionPro doesn’t have a physical product that needs to be shipped to other countries. More importantly, there’s also a need for the product that transcends borders. Many companies around the world want and use survey tools.

“Our core business model naturally lent itself to expansion beyond our borders,” Koto adds.

However, even with an online software product, going global is not as easy as it seems. Some of the challenges are not obvious.

Availability is more than just having a Web platform up and running all the time, according to Koto. It also means a fast response time by both sales and customer satisfaction personnel. So, for example, being able to staff a 24-hour response team out of India to meet customer needs was absolutely necessary to global expansion.

Koto says the company ‘bootstrapped’ its global expansion by starting small. It hired a bare bones global support team at first. Once the QuestionPro team was able to show some success, it became easier to justify expansion of the company’s global operations.

Koto says the right people are key to a company with global ambitions. This means people who can be trusted to operate in remote offices and who are comfortable with cultural ambiguity.

The cost savings of off-shoring are well-documented, he adds. But he insists the company benefits from this in other ways too.

“Offshore staffing is too often simply viewed as a means of driving down costs. I do not look at our global operations as cost cutting,” Koto says. “I view our offshore teams as a means of acquiring great talent, with fresh ideas and perspectives on running a global company.”

“Put simply, going global is a great growth opportunity,” he adds. Koto says the global strategy has helped QuestionPro diversify and minimize risk. It is not excessively exposed to one country’s economy or one set of competitors.

QuestionPro is doubling down on its global strategy. The company keeps adding new markets, staff, and language support every month.  Global analytics and customer intelligence to track acquisition, usage, growth, and retention by market are also areas of investment.

Before taking your business global, Laurel Delaney, global business expert and author of “Exporting: The Definitive to Selling Abroad Profitably” says there are some things to consider.

“Going global — entering a new and unfamiliar market — challenges us in a whole new way that can potentially interrupt the viability of a business,” Delaney said in an email interview with Small Business Trends.

“When reengineering your business from local to global, you must take into consideration … additional laws governing intellectual property, hiring and firing, contracts, and marketing and financial management, as well as settling international disputes. So careful planning is in order.”

“To achieve true success globally, one must have boundless sensitivity, a rugged constitution and a deep capacity for emotional and intellectual curiosity,” adds Delaney.