Combine Fashion and Tech with the Leoht Handbag 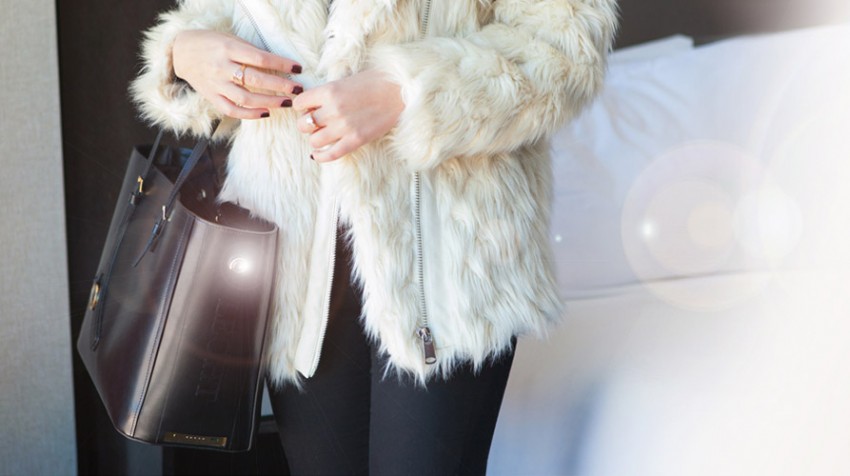 When was the last time your handbag got a tech upgrade?

These days our technology is an everyday personal experience. There’s the ever present smartphone in our pocket and the tablet in our bag. Now, smart watches and even glasses are becoming more common.

Leoht is one company that thinks it’s time your handbag got on board the wearable technology train.

Leoht is no humble handbag. At the start it’s a leather luxury item with custom hardware touches. It’s created with fashion in mind and the tech in the bag is integrated to be nearly invisible so as not to interrupt its sleek design. The company boasts that this is stylish technology that says no more to ugly wearables.

Essentially Leoht’s tech is purposed to keep your devices charged. The bag contains a built-in lithium ion battery hidden in the bottom. The battery can be wirelessly charged by a charging plate included in the sale. Leoht boasts that by simply placing the bag on the plate it can charge while not in use. The company also claims the battery can last up to 30 days on standby.

For more information on Leoht check out the Kickstarter video below.

An external power panel is included in the bag’s design. This panel has a two-fold use. It indicates how much charge the bag has left with a minimalist light-up display. It also contains a microUSB charger allowing for a power up when you can’t get to the charge plate.

Two built-in USB ports can be found tucked away at either end of the bag. This allows you to plug in and charge your devices while you’re on the go anywhere. Leoht claims that with a full charge the company’s bag can charge a smartphone up to four times and a tablet up to two.

In addition to charging your devices wherever you may be, Leoht also wants to solve the problem of your handbag becoming like a black hole. Interior lighting is made possible with the inclusion of four LED lights. There is even one exterior LED to make rummaging around in the dark easier. This could definitely be a potential time and frustration saver.

Leoht has started a Kickstarter campaign to get its product off the ground. The early bird price for one of the bags is $149, though it’s rumored that once the Leoht Handbag hits stores it will retail between $300 and $350. The company hopes to start shipping in the fall.