RIP: The Death of Google Plus Seems Inevitable 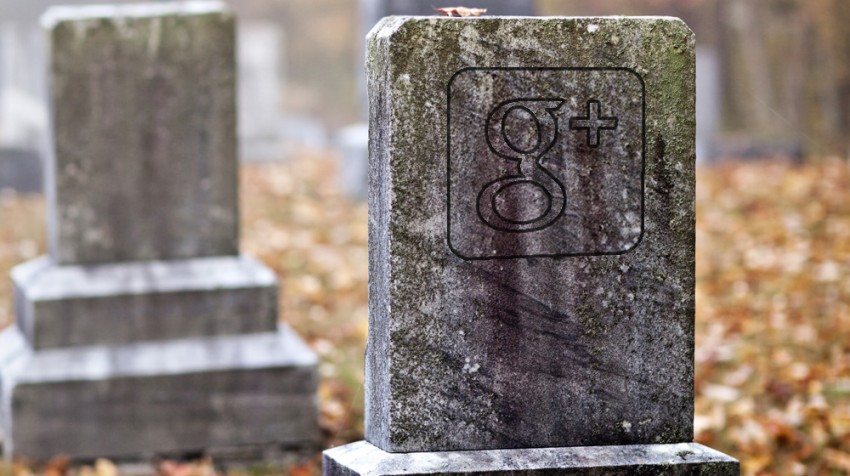 The rumors are true: Google is breaking its Streams and Photos into standalone products, to be managed under Bradley Horowitz, as he announced on Google Plus earlier this week.

Horowitz didn’t specifically mention Google Plus in his post, but the writing is on the wall and it could signal the death of Google Plus. Considering these two products make up much of the Google Plus network user experience, their separation pretty much spells the end of Google’s foray into social.

Google has given a lot of clues pointing to the demise of its social network over the past 18 months, including the shelving of mandatory Google Plus registration when signing up for new Google services, the death of Authorship, moving much of the Google Plus team to Android when Google Plus godfather Vic Gundotra left the company.

Even so, Google Plus had continued expanding some services. For example, it wasn’t that long ago Google Plus Post Ads were made available to all advertisers.

Sure, the social aspect of it would be a ghost town (as we’ve been proclaiming since its earliest days), but they have such reach across Search, YouTube, Gmail that it may not matter. Google Plus was never getting the social engagement and activity Facebook enjoys, but their ad business is still exponentially larger and more lucrative.

If you take Photos and Streams away, there’s really not much left to interest users, is there? Hangouts already became a standalone app in the fall. With this latest announcement, it’s crystal clear Google has abandoned their plan to build a social network to rival Facebook.

Google Plus will now join a host of products that have been killed off before it, in the Google Graveyard. We’ve said goodbye to Aardvark, Google Buzz, Labs, Google Answers and more.

That’s what’s amazing about Google, though. They take massive risks that don’t always pan out, but they are free to try.

Their plans for the network always seemed somewhat patched together – often, it seemed they were trying too hard to be like Facebook and not getting it quite right. The parts they nailed, like Hangouts, aren’t integral or exclusive to the network anymore.

Taking on Facebook for the social media heavyweight belt was probably their most ambitious effort to date, but also their most publicized and notorious failure. The concept wasn’t bad and you can’t blame them for trying – it just never came together.

Larry Kim founded WordStream in 2007. He serves as company CTO and is the author of 4 Award-Winning Books on Software Development. Larry also blogs at the WordStream Blog and practices photography in his spare time.
32 Reactions
Subscribe
Follow @smallbiztrends
RSS LinkedIn Pinterest iTunes