8 Ways To Increase Engagement and Get More Followers on Twitter 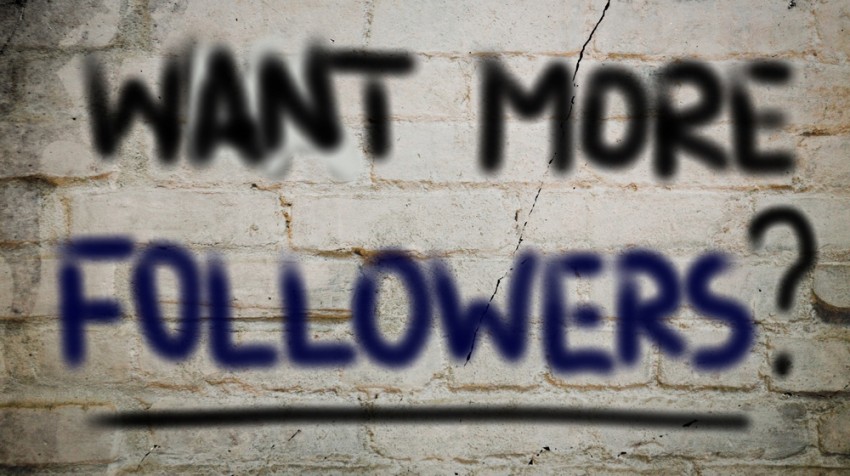 Every company or social media department wants to know how to get more followers and engagement on Twitter. Growing these numbers is possible, if you are determined and have a concrete strategy. It’s mostly about the approach and the best messaging that aligns with your overall brand.

Depending on your company’s culture and media policies, what works for some companies may not work for others. But some of the strategies outlined below can help most companies increase engagement — in the form of replies, favorites, and retweets — as well as get more followers on Twitter.

Increase Engagement and Get More Followers on Twitter by…

My one true love. @Tacobell pic.twitter.com/YYqhL1KkO9

The above tweet was retweeted by Taco Bell’s Twitter account, which is a good example of social media (especially Twitter) done perfectly. Their sense of humor in their content is right on point with their audience, and it only serves to further fan the flames of customers’ loyalty to them. Using humor (in the right context and level dependent on your target audience) is a great way to make your Twitter accounts more engaging and fun not to mention being a very successful tactic to get more followers on Twitter.

Don’t use 9/11 as an excuse to tweet out a memorial message. But, when used in the right context, current events can be a great way to fuel conversation on Twitter. Twitterjacking trending topics just to try to get your brand more exposure can often backfire, so only participate in trending topics or current events that are applicable to your brand, such as the Valentine’s Day tweet above from the New York Times Food account.

@NYTFood did an awesome job of relating their content to the nationwide holiday in a way that is interesting to their audience, enticing clicks, retweets, and replies.

Bringing Up Your Audience’s Passions

10 things you can tell about your date by their car: http://t.co/58PVfEaWXx via @Buzzfeed pic.twitter.com/Od84nfcA9z

Ford does a great job with all their social media, but this is a good example of sharing external content that your audience would think is interesting or entertaining. Think of the core subject (or group of subjects) that your audience is most interested in, and build content around that. For example, if you are a plumber, you know your target audience is most likely homeowners. Therefore, posting content about kitchen remodeling or how to make sure your pipes don’t freeze in the winter is a safe bet.

According to Inc., tweets with hashtags get double the engagement than those without (but only when there is a maximum of two).  These hashtags make your tweets more findable in user queries, thus increasing the likelihood that a user outside your network will find your tweets (and hopefully your entire Twitter account as well, which they might choose to follow.)

To save character space in tweets, try to use existing words in your tweet hashtags, instead of adding another ones at the end. For instance, “22 #SocialMedia Tips from @SujanPatel URL #marketing” is going to be a lot less character space than “22 Social Media Tips from @SujanPatel URL #marketing #socialmedia,” which is redundant and leaves less space for comments and retweets from other users.

Many regular Twitter users use their own personal accounts for customer service inquiries, feedback, and requests. This means that Twitter could be a goldmine when it comes to servicing customers or responding to feedback. The Delta Assist Twitter profile is a great example of social media customer service done right. The company has a dedicated social media team and always responds to customers directly, through tweets and then DMs (direct messages, which are private).

No matter what platform, customers just want to feel like they are heard. They appreciate personalized, fast feedback that solves a problem or answers a question for them and leading by example will certainly help you get more followers on Twitter.

If you want to get more followers on Twitter and high engagement quickly, consider participating (or hosting!) regular Twitter chats, which are basically discussions using a single unique hashtag (such as #PRchat or #glasschat) just for that specific chat.

Then, set your calendar to participate each week. The chat host will start the chat at a specific time with the first question, usually marked as Q1. To answer that question, send a tweet from your account with an A1, then your answer, then the Twitter chat hashtag at the end.

Live tweeting meet-ups, conferences, or industry events is an awesome way to get more visibility. Share key quotes, tools, or pieces of wisdom from speakers, as well as photos of the event, tagging whoever appears in the content. As conference-goers (and those who wish they had gone) view the event hashtag’s stream, they might see your post and decide to engage with it or follow your account for more great industry insight.

Tagboard is a great free tool for this. To see a good example of what people live tweet about, check out Tagboard’s results for South by Southwest Interactive every year, which happens in March.

The above example is a great, visual reminder of an upcoming event. You can tell it was created solely for Twitter because it is mentioning a Twitter-specific event and contains all the pertinent information you’d need to see at a glance. Consider taking your tweets up a notch with custom or illustrative photos, which make your tweets stand out more in a user’s feed (as they take up more real estate than a text-only tweet.)

Being successful at Twitter takes some getting used to. Regular updates, content, and tweaking can ensure that no matter which of these strategies you use, your account can be successful and you can indeed increase engagement and get more followers on Twitter.

Sujan Patel has championed Internet marketing and entrepreneurship for over a decade. His experience, ideas, and strategies have helped hundreds of companies build and strengthen their businesses online. Sujan is the VP of Marketing at thisCLICKS, the makers of When I Work — an employee scheduling software solution for small businesses.
One Reaction
Subscribe
Follow @smallbiztrends
RSS LinkedIn Pinterest iTunes