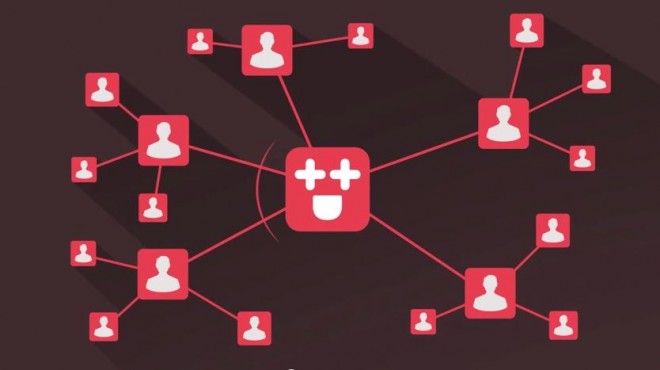 You may still get on Facebook and Twitter to respond and engage with your customers. But could it be that someday soon you won’t be using these social channels to share content or connect with those in your niche?

The founders of the Heard social network are banking on this. And they have created a tool, available on the Web and through several mobile apps, they hope will prove it.

Heard is among tech startups participating in SXSW Music, Film and Interactive 2015 in Austin. The event began last week and runs through March 22.

In an email interview with Small Business Trends, Heard co-founder and CEO Dave Vronay explains what sets his platform apart from social sites and aggregators from Twitter to Reddit.

“Heard does not require friends or followers to give you personalized recommendations,” Vronay says. “We continuously compute the relevance of each piece of content to each user in real-time so you never have to worry about stale feeds, irrelevant content, or being at the mercy of some voting majority.”

In addition, Vronay says the Heard social network also side steps the controversial sharing of private information common on social sites like Facebook.

Instead, Vronay says Heard shows users streamed content as it is shared and matches users with content based only on behavior — mainly what content they choose to view.

Over time, Heard is designed to get better and better at anticipating and highlighting content users find interesting based on the content they selected in the past.

Vronay says the Heard social network system was inspired by the one Netflix uses to select content viewers may want to see next based on viewing history. In fact, Vronay’s co-founder, Heard Chief Technology Officer Ruben Kleiman, created the “classifier” currently used by Netflix to personalize viewer experience.

Content on heard can be shared in one of two ways, Vronay says.

Adding Some Credibility with Badges

To add credibility to users posting on open channels without sharing personal information, the Heard social network uses a system of badge verification. The verification protocol allows you to identify yourself as a employee in a particular industry or for a particular company (Apple, for example.)

However, the verification does not collect any additional information when you sign on.

“While the big sites like Facebook, Google, and Twitter are practically falling over each other in a race to see who can aggregate personal information on their users in the most egregious fashion, Heard requires nothing,” Vronay explains. “You don’t even need an email address. When your identity matters, you can use badges. When it doesn’t, you can be completely anonymous.”