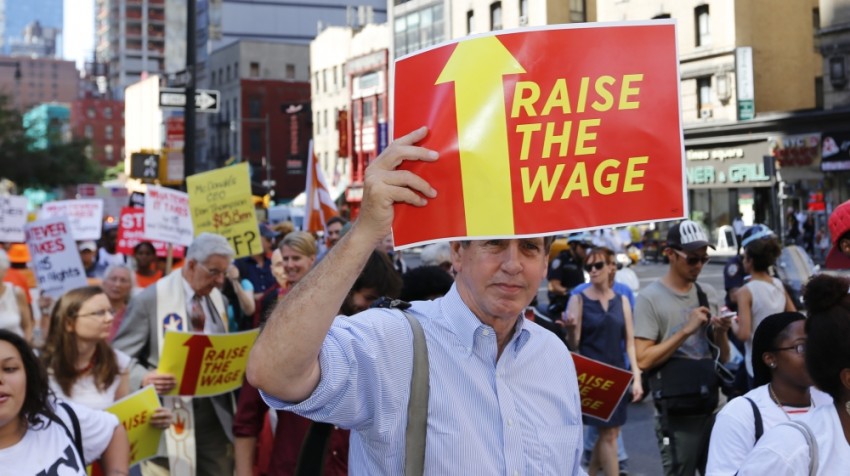 Several economists have argued that income inequality reduces entrepreneurial activity. When a large part of a nation’s population is poor, they argue, would-be company founders cannot gain access to the capital that they need to start businesses. As a result, business owners tend to make up a smaller fraction of the population than in other countries.

Recently, professors Roxana Gutiérrez Romero and Luciana Méndez Errico of the Department of Applied Economics at the Universidad Autónoma de Barcelona have argued that this effect is long lasting. In a new working paper, Gutiérrez Romero and Méndez Errico find that countries with higher levels of income inequality in the early 19th century have lower levels of business ownership today.

Comparing historical data on income inequality in 1820 with data on levels of entrepreneurship in 48 countries between 2001 and 2008 gathered from the Global Entrepreneurship Monitor (GEM) – a representative survey of entrepreneurial activity of the adult-age population conducted annually in numerous countries – the authors find that a one percent increase in the 19th Century wealthy-to-poor ratio reduces the fraction of the population engaged in entrepreneurial activity in the 21st Century by between one-tenth and two-tenths percent.

The authors explain the correlation as follows: Countries with high levels of income inequality two centuries ago had fewer people with access to the capital needed to start businesses. These liquidity constraints meant that fewer people began businesses in these nations than in others. This pattern, in turn, meant less wealth being bequeathed to children, trapping the countries on a low-business-creation development path.

While I am intrigued by the authors’ evidence of a statistical association between 19th Century income inequality and current day entrepreneurship levels, I am not sure I buy their explanation for it.

For the authors’ story to be right, countries with higher income inequality in the 19th century should have had less business formation back then. Unfortunately, the working paper doesn’t show evidence of a negative correlation between 19th century income inequality and 19th century rates of business formation. Moreover, the data the authors present seems inconsistent with such a correlation. Their paper shows that incomes in the United Kingdom were much less equal than incomes in the United States, the Netherlands, Switzerland, Sweden, or Japan. However, it seems unlikely that the United Kingdom had many fewer entrepreneurs than these other countries in 1820.

More importantly, the effect of income inequality on entrepreneurship should be self-correcting. Countries with less equal incomes in the 19th century should have had lower rates of entrepreneurship back then, the authors argue, because “high levels of inequality prevent people from taking up business.”

I believe that a different explanation better fits the negative correlation between 19th century levels of income inequality and rates of entrepreneurship today. Countries with more income equality in 1820 tended to be more reliant on small scale agriculture than countries with less income equality. The presence of small farms led to the development of a strong small business culture in those countries. Countries that developed a strong small business orientation have tended to have a larger fraction of their populations interested in going into business for themselves. That, in turn, has led to persistently higher rates of entrepreneurship today.