Plug In and Charge Internationally With the MU System 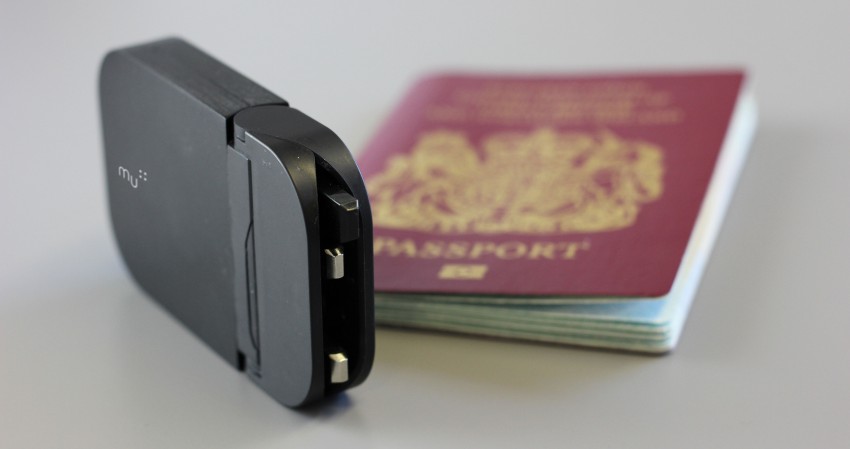 You’re on a business trip overseas, you brought your phone and tablet and now you need to charge them. The problem is your charger won’t fit in the outlets.

This is a common frustration that many jetsetters face and probably have already found a solution for with the use of plug adapters.

Plug adapters are not a new concept. However, the makers of the MU System think they have found a way to improve on the humble power plug adapter. Made In Mind, the company behind the MU System, claim its new product is the world’s thinnest international phone charger.

Made In Mind started with creating the MU classic. This USB charger isn’t an international plug solution but rather a more streamlined international phone charger for UK outlets. Min-Kyu Choi, the creator of the MU classic, found a problem with his laptop becoming scratched from his charger while in his bag. He wanted to find a way to stop this from happening.

Choi’s solution was to create a folding plug design, later known as the MU. When not in use, the MU closes to look something like a rectangle with rounded edges. The front can be opened to reveal the plug prongs that can then be twisted into place. The company boasts that this design reduces the typical plug size by 70 percent.

With Choi’s design he and business partner Matthew Judkins founded Made In Mind and have been selling the MU for the last several years. There is a catch though, the MU international phone charger is currently only available in the UK and Ireland.

The team wanted to find a way to reach global markets and so the MU System was born. Aside from being only 14mm thick, the MU System also has four interchangeable plug attachments. These attachments come with some cute names: The Brit, The American, The European, and The Aussie.

Made In Mind claims its plug attachments fit every socket type worldwide. But if you are not an international traveler and just like the idea of a compact charger, the attachments can be purchased individually to fit your needs.

The company boasts its charger is compatible with most smartphones, tablets, MP3 players, and other USB-charged devices. They also claim the MU System has an embedded auto-detect chip that identifies the connected device to deliver optimum charging.

To launch the MU System, the company is running an Indiegogo campaign. Made In Mind has smashed the original goal and raised more than $134,000. Aside from raising funds, the campaign helps the company get the word out to the global market they are targeting.

For more information on the MU System, check out the Indiegogo video below.

Made In Mind is plugging itself into an already existing industry with its own sleek design. The MU System international phone charger could help the company find a global footing, expanding its reach and product line.

Image: Made In Mind