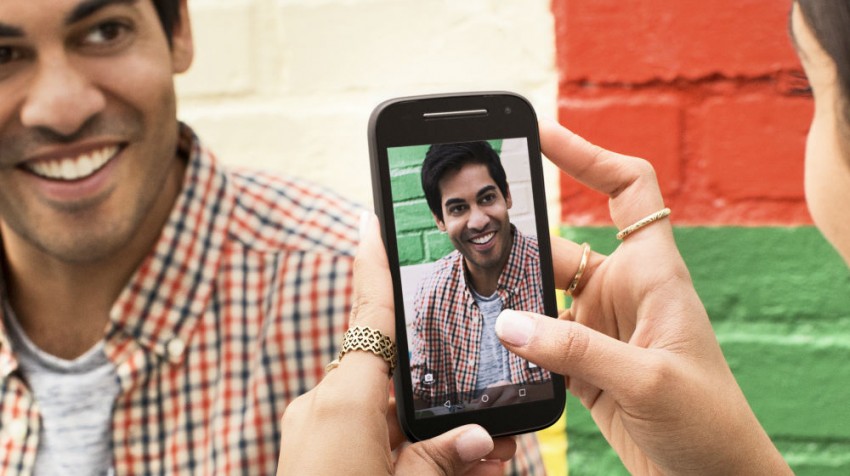 Motorola continues its appeal to the entry-level smartphone buyer with its latest device, the new Moto E.

The new smartphone unveiled recently is an upgrade to the original Moto E introduced in 2014.

It’s a basic smartphone and could potentially be a option for small businesses that need a smartphone to do the simplest of activities. Those would include things like checking emails, updating calendars, sending instant messages, and browsing the Web.

For $149.99, no one should expect much from a smartphone but the specs on entry-level phones like this are steadily improving.

Motorola acknowledges that it’s targeting a large audience that’s not yest connected on mobile. On the official Motorola blog, the company says:

“There are millions of people that haven’t yet joined the smartphone revolution because they either haven’t found the right product or they don’t want to spend hundreds of hard earned dollars to start the journey.”

And Motorola has enhanced some of the features from its original Moto E for this year’s second-generation model, according to the post.

Most notably, the new Moto E is now sold with 4G LTE connectivity. It’s sold unlocked for just under $150. A 3G version of the same phone is selling for $119.99.

Motorola’s latest entry into the base market also has a bigger display. The new phone has a 4.5-inch qHD display. Its predecessor measured just 4.3-inches.

The new Moto E is sold with Android 5 Lollipop installed. And Motorola says it has included personalization features that the company first introduced with its acclaimed Moto X mid-range device.

The 2390 mAh battery on the Moto E is designed to last a full day on a full charge, the company says.

And it’s stocked with a Qualcomm Snapdragon processor and 1.2GHz quad-core CPU. This is good if you want to run more than one app at a time.

The new Moto E also has a 5-megapixel rear camera. While it’s far from top-of-the-line, it’s a serviceable camera, nonetheless. There’s a front-facing camera for selfies, too.

Again, an entry-level phone is ideal for the budget-minded and those looking for the basics in a mobile device.