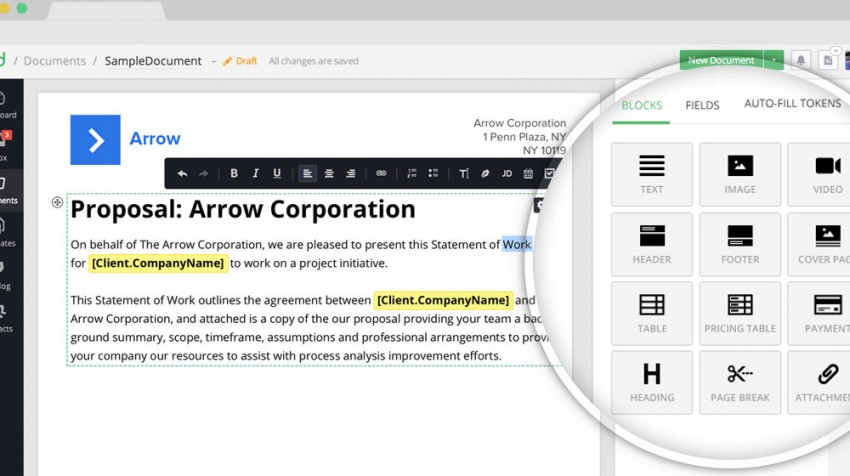 A company that plans to replace the PDF with an HTML-based substitute announced release of its API and JavaScript SDK today March 19 allowing developers to build integrated software solutions.

The co-founder of PandaDoc says the PDF is outdated.

“Companies have massive amounts of PDF documents that give them no feedback and lots of grief. Developers can integrate our solution into their software to generate truly dynamic and interactive documents that could be filled-in and signed electronically.”

Instead, Mikado believes that the HTML-based PandaDoc is a faster, more efficient, and business-ready means of collecting and sharing information with clients and customers using the interactive forms interactive forms.

And that’s especially true, he said in an interview with Small Business Trends, with more small businesses — and their customers — adapting to a mobile culture.

He said PDFs can’t easily be created and shared and their use is becoming limited. Companies are limited by their own collective talents when it comes to creating an interactive sales proposal that can be sent to clients as a PDF.

PandaDoc focuses more on creating interactive documents that generally require some sort of response from its recipients. Contracts, proposals, surveys, and work orders are just some of the forms that can be created within PandaDoc.

Here’s how it works:

A company first creates a form through the PandaDoc’s browser platform.

All the forms a company creates are saved in the cloud. And PandaDoc offers an array of templates that can be customized with company branding and logos.

Forms and documents created through PandaDoc can be feature rich, too. Mikado says that creations in PandaDoc can include things like photos, videos, and even interactive calculators to make estimates or invoices that can be paid directly from the document.

When the document is completed, users get a link to share with recipients. The link can be shared or emailed and information received through the forms is collected through PandaDoc.

A piece of code is also created so a form can be embedded on a company website.

Mikado says that another major advantage for PandaDoc over the PDF is how it’s received.

A PDF often requires some sort of software to open it. Being HTML-based, a PandaDoc creation can be opened in a Web browser.

PandaDoc is available to businesses for $49 a month. That can be cut to $29 a month if a full year’s subscription ($348) is paid up front.