SMB Lending on the Rise, Can Tax Deductions Be Overdone? 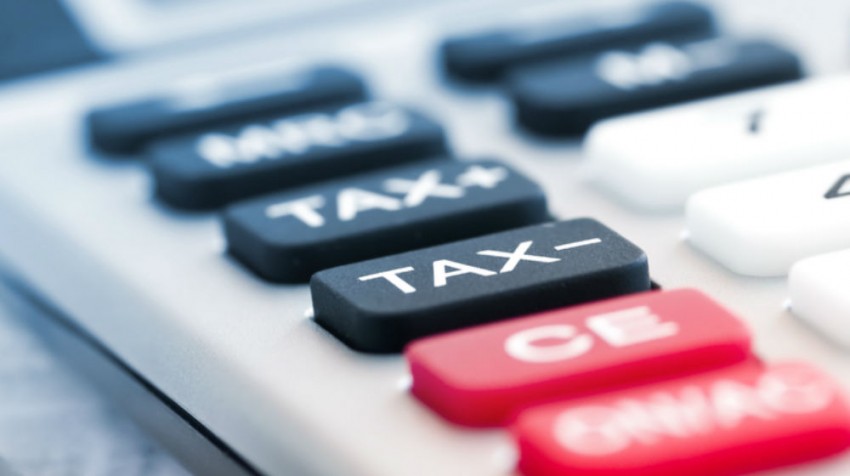 Small businesses have struggled to obtain loans for the last several years thanks to the sluggish economy. But in the last month, the loan approval rate for small businesses climbed to its highest point since the start of the Great Recession.

In other small business finance news, the tax deadline is right around the corner. But business owners that are considering selling need to be very careful about the deductions they use. These stories and more are included in this week’s Small Business Trends news and information roundup.

Small businesses continue getting loans approved by big banks, and in record numbers. Hitting its highest point since the end of the Great Recession, the loan approval rate for small businesses at big banks reached 21.5 percent in February. That’s according to the February 2015 Biz2Credit Small Business Lending Index.

Stop! Don’t Take Those Tax Deductions If You Plan to Sell Your Business

As tax season looms again for small business owners, it’s time to think about those deductions. But wait! Though common sense may tell you to take as many as you can, that could be a bad strategy long term. That’s especially the case if you plan to sell your business.

Reward your Small Business with the Capital One Spark® Cash Card

Obsessed about your business? No, you’re driven. Driven to go above and beyond. So why settle for a business credit card that limits how much cash back you earn? Or charges you for an employee card? In your business, you accept every obstacle, deadline, and challenge but that shouldn’t extend to your business card.

Lenovo’s A7000 phablet could spell the end of voice calls and video chats that leave you wondering. With the company touting the new phone’s sound system, there should be little doubt what just happened or what was said. The mid-range A7000’s main draw likely will be its price tag, first, and then it’s supreme audio quality.

Hero 2+ is the Third Phone With Cyanogen OS 11

Alcatel has just introduced a mid-range phablet that would normally get anyone’s attention on its own. But the OneTouch Hero 2+ is making waves because it’s another device loaded with the open-source Android operating system known as Cyanogen. This will be the third smartphone released that’s stocked with a Cyanogen OS.

Plug In and Charge Internationally With the MU System

You’re on a business trip overseas, you brought your phone and tablet and now you need to charge them. The problem is your charger won’t fit in the outlets. This is a common frustration that many jetsetters face and probably have already found a solution for with the use of plug adapters.

As small businesses use more apps, the data collected in one isn’t easily transferred to another. For example, a new customer’s contact data collected in one app may have to be manually entered into all other apps a business uses. Or you have to custom code the integration to allow that data transfer to happen automatically. Either way can be arduous and expensive.

HTC Announces UH OH Protection for When an Oopsie Occurs

Back on March 1, HTC announced the new HTC One M9. Now today, March 18, a tweet from the president of HTC Americas, Jason Mackenzie, promises big news for the company’s new flagship smartphone. So what is this big news? It’s the UH OH Protection plan. This new protection plan will cover more than standard damage that could occur to your HTC One M9.

What type of customer service benchmarks should your eCommerce business be hitting? The E-Tailing Group’s 17th Annual Mystery Shopping Study has some insights. The survey, conducted at the end of 2014, studied 100 top retail websites for their best practices.

Gamification 2.0 might sound like the latest buzzword in a long line of Internet trends that has gained widespread use, particularly in the technology and enterprise industries.

The modern business is bursting at the seams with data, but making sense of it all can feel like the job of a master mathematician. Because there’s now so much data available, business intelligence applications have become a vital part of a small business’s arsenal of strategic tools.

LinkedIn made a measly $153 million dollars from ads in the last quarter, with their marketing solutions making up just 20 percent of their 2014 revenue. That’s insanely low, considering they have over 347 million members now, 93 million of whom are active each month.

You may still get on Facebook and Twitter to respond and engage with your customers. But could it be that someday soon you won’t be using these social channels to share content or connect with those in your niche? The founders of the Heard social network are banking on this.

Improving Your Community Can Improve Your Business

When choosing a location for your startup, it can be tempting to go with a major hub like Silicon Valley. And those hubs can definitely have their benefits. But they aren’t automatically better than lesser known areas or cities that don’t have huge existing startup communities.

How One Brooklyn Rooftop is Changing the Produce Market

Farming and growing food normally takes a lot of space and resources. But Gotham Greens has developed a way to use technology to improve the process and grow food more efficiently. In fact, it grows all of its produce on one rooftop in Brooklyn, located over a Whole Foods store.

Bookniture is Furniture Hidden in a Book

Space is a precious commodity, especially when you just don’t have a lot of it. Big city apartments are often notoriously tiny. Offices are not always the most spacious of places. Whatever your situation, chances are you’ve been in a tight squeeze at some point.

A company that plans to replace the PDF with an HTML-based substitute announced release of its API and JavaScript SDK today March 19 allowing developers to build integrated software solutions. The co-founder of PandaDoc says the PDF is outdated.

Control Lights, Receive Notificatons and More with Hackey and IFTTT

If Cerevo’s new product, Hackey, catches on, you might never be able to start a sentence with: “I can’t just flip a switch. . .” The Japanese company Cerevo used the SXSW festival this week to debut Hackey. Right now, the uses for the device seem limitless. Hackey is a palm-sized, free standing lock-and-key device. Physically, it has a small key and a box that is WiFi connected.

Many seven-year-old boys dream of becoming superheroes. That dream came pretty close to reality recently for Alex, a boy who was born with a partially developed arm. The seven-year-old received a bionic 3D printed arm made to look like the arm of Iron Man and it was delivered by none other than Robert Downey Jr., who plays Tony Stark in the Iron Man movies.

Adobe Document Cloud Aims to Get Rid of Your Paperwork

Paperwork is the bane of the modern office. Today, Adobe says 7 in 10 employees would seek other employment just to be rid of it. What’s more, the company says its data shows 83 percent of workers believe antiquated paperwork and the processes behind it are slowing them down at work. Adobe hopes to change that with the introduction of its new Document Cloud service.

It’s been three decades since the first .com was registered, now the “gold standard” of domain names. Back then there was no Google, no Facebook and no Twitter. The Internet was largely a place for Western academics with nowhere near the reach it has today. But as the 3oth .com birthday is celebrated today March 15, it’s estimated that about 115 million have been registered.