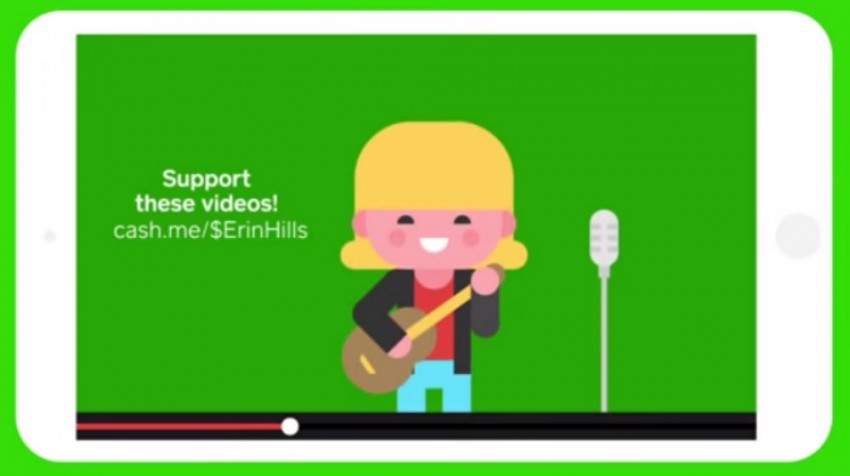 Getting paid is an absolutely essential part of running a small business. But the ways in which businesses can accept payments are constantly changing due to new technology. Most recently, Square announced a new program called $Cashtags, an expansion of its Square Cash app. Another new option comes from Fundbox, which will provide advances to businesses based on their unpaid invoices. Read about these updates and more in this week’s Small Business Trends news and information roundup.

Square $Cashtags are Hashtags with Money

Uh Oh! Crowdfunding Can Lead to Surprises at Tax Time

Crowdfunding isn’t always as simple as posting some information and collecting bundles of money. There are plenty of factors that can complicate the crowdfunding process. And many entrepreneurs have had to learn those lessons the hard way. One such factor is the way in which crowdfunding projects are taxed.

There’s no denying Amazon is a giant among e-retailers. But if there’s one area where the company apparently wasn’t making strides was providing an eCommerce platform for others. Several reports have confirmed that Amazon will close down its Webstore service in July 2016.

A new deal struck between business book broker 800-CEO-READ and e-book merchant Page Foundry is going to allow small businesses to not only buy more literature but share it, too. It sounds old-fashioned but a lot of small business owners still use books – those bound things with lots of printed pages, generally found on a shelf – to continue their education.

Those who lived in dorms during college likely aren’t itching to go back to that lifestyle. But if you really think about it, dorm life offers some benefits that might translate well into adult life. For instance, shared living space can lower rent costs.

An Internet meme that quickly gained popularity thanks to a Twitter account by the same name and posts on social media sites Tumblr and Reddit is now being used in a very different way — to sell beer. The “Florida Man” meme which usually uses the phrase to link to news stories about people engaged in all kinds of bizarre behavior has become an Internet sensation.

How TamaquaArea Got More Than a Million Views Without Trying

Andrew Leibenguth started his website, TamaquaArea.com, as a hobby to keep busy after returning home from Iraq. And it continues to be a hobby, but one that small business website operators can learn from too. Last year, the website received more than 1.2 million hits.

Don’t Wait to Prepare for the Next Canadian Winter

Is it safe to say winter is finally behind us? For a lot of Canadian small business owners, this past season was one of the worst. In Toronto, February was the coldest on record. Some in the eastern provinces even endured a snowstorm on the first day of Spring.

The Rise in Variable Compensation in Small Businesses

Small businesses have changed how they compensate employees over the past 40 years. That’s not surprising given all the changes in the economy and society that have occurred since the mid-1980s.

Pet owners often have to patronize a lot of different businesses in order to keep their animals healthy and happy. But Wag N’ Wash Pet Food & Bakery is trying to make things a bit easier for pets and their owners. The company does so by offering a variety of different products and services, ranging from grooming and self-wash services to food, and other pet supplies.

3D printing has improved so many different products and industries. It has led to medical breakthroughs. It has simplified the process of architectural and city planning. And it has even made it simpler for entrepreneurs in a variety of industries to build and test prototypes. And now, 3D printing is making an impact on a new type of product — 3D printed pancakes.

Dave Kahng is a mechanical engineer who noticed a problem with umbrellas: they are far too disposable. He felt that if a person didn’t lose their umbrella first then it would quickly break and become useless in just a few outings. So he set out to create a better umbrella. The result is Davek. Davek is a company that is serious about umbrellas. These are no cheap temporary accessories.

To paraphrase a once famous tagline: Acer hasn’t reinvented the Chromebook, it just made it faster. The company just announced that it is releasing a new model to the Acer C910 Chromebook. To improve it this time, Acer has relaunched the device with the new fifth-generation Intel Core i5 processor.

Lumia 430 May be the Most Budget Friendly Windows Phone Ever

Since entering the smartphone market, Microsoft has not missed the opportunity to cater to the budget-minded customer. There have been affordable Windows Phone options available since the first but Microsoft is lowering the bar even more now. The company is now introducing the Lumia 430 Dual Sim smartphone. The device is unprecedented on several fronts.