Are You Backing Up WordPress? You’d Better Be 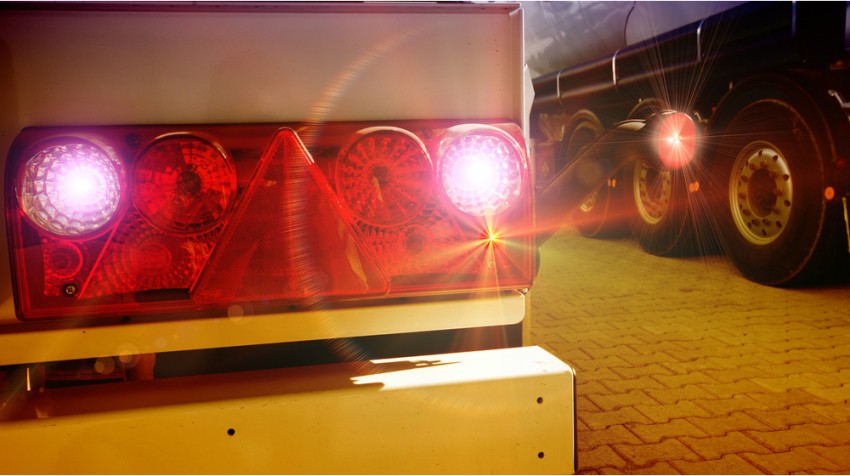 If your small business is backing up WordPress only once in a while, then you’re not alone.

In fact, a survey of 503 WordPress users released March 10 by CodeGuard, a provider of cloud-based website backup services, reveals that 47 percent of WordPress users backup their sites every few months while 21 percent back up WordPress “occasionally”.

This is not a good thing. According to CodeGuard’s report, backing up your WordPress website “is generally accepted to be the easiest and most cost-effective form of protection against WordPress failure.”

Yep, WordPress failures happen, and not having a recent backup on hand can really hinder recovery efforts:

When you update WordPress, remember that:

“Installing major updates…may break your website until the broken plugin, theme or custom code is updated.”

CodeGuard’s survey results bring the reality of that scenario home:

Without a recent backup, recovering from a WordPress update failure can be painful. Why?

WordPress updates can, and do, occur often (even weekly) meaning that a backup taken even one month ago can be out of date. This could require many manual updates of both the core system, plugins, themes and custom code to catch your site up after it breaks.

“Hackers use a small business as a stepping stone to get to a big business.”

Cyber attacks target your most sensitive data, customer and transaction records, and in the act of stealing your information and covering their tracks, your website can be severely damaged.

The lack of a recent backup can result in the loss of days, weeks or months of business (depending on how old the available backup is) even after recovery is complete.

Even folks skilled in WordPress can accidentally delete website files. However, the odds of doing do so are much higher for those who have not been trained. Unfortunately, as pointed out in CodeGuard’s survey report, that’s a lot of WordPress users:

This lack of training, as well as Murphy’s Law, has lead to this ugly statistic included in the report: 63 percent have deleted files that were not backed up.

Ouch! Without a recent backup, can you get those files back? The answer is: Yes, but very painfully.

What Should You Do Next?

All is not gloom and doom. As CodeGuard’s report notes, “Cloud-based services (for backing up) can cost as little as $5 per month, and most don’t require that the user have any technical expertise whatsoever.”

Unfortunately, CodeGuard’s report also notes that, “only 24 percent use a website backup plugin”. If you’re part of the remaining 76 percent, then choose a solution for backing up your WordPress website from the list we’ve gathered for you below. Any one of these can be used for backing up WordPress automatically. And they do not require extensive technical know-how. And some provide useful security features too.

Solutions for Backing Up WordPress

As you might have expected from the survey report, CodeGuard does provide a backup solution for WordPress websites, and at a reasonable price as well. They also monitor your site for changes and then email you with a report every day. 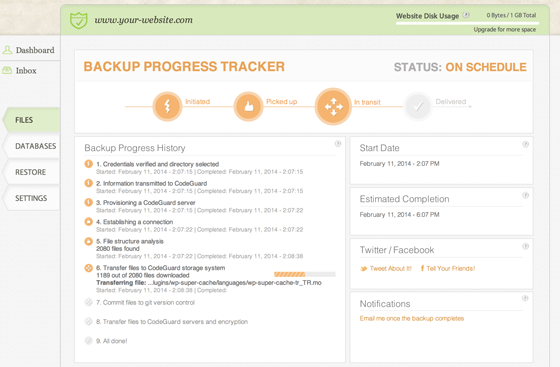 VaultPress provides both backups and security for your WordPress site with an easy-to-navigate up-to-date dashboard.

When it comes to backups, iThemes has long been known for their solid BackupBuddy solution. Now you can add security to backups as well using their robust (see the sample listing below) Security Pro offering. 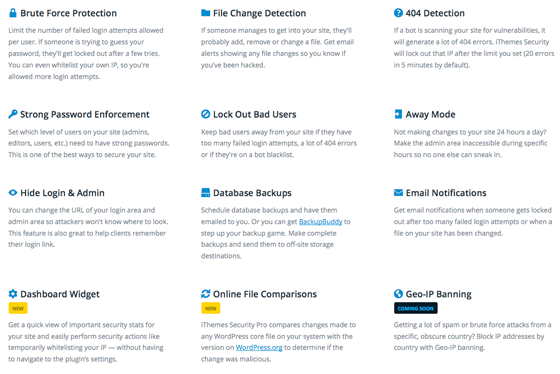 BlogVault does one thing: backup WordPress sites. It has its own dashboard for you to manage backups and restores and even provides test servers where you can restore a backup to assure it’s the one you want to use to restore your live site. 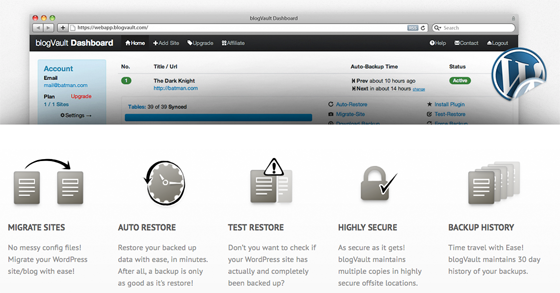 Another all-in-one backup and security solution, Fortwave offers tons of features at a reasonable price. 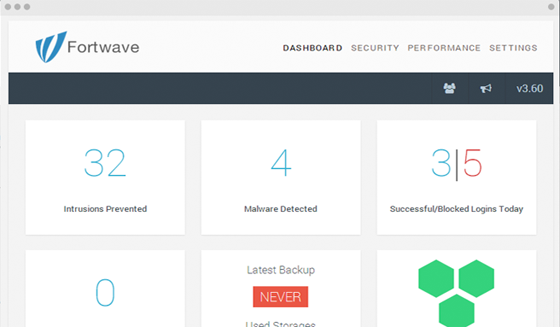 If you have more than one WordPress site, then you’re going to love ManageWP, a solution that enables you to manage all your sites, including backups, in one place. Throw in security, live monitoring and alerts and optimization and even folks with one site will want to give this solution a look.

Another backup-only solution, myRepono requires a bit more technical know-how however, the prices are super-reasonable. 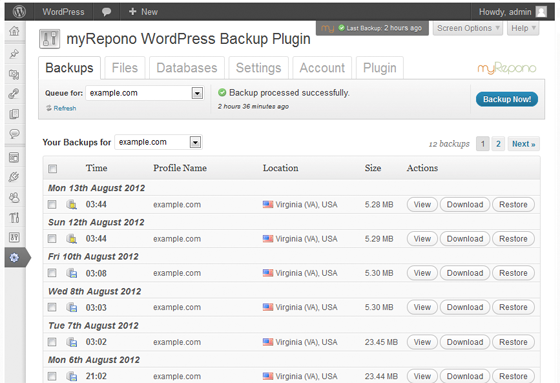 While you may not realize the downsides of failing to back up WordPress regularly, it only takes one incident to demonstrate how important it can be.

Here are two more statistics from CodeGuard’s survey to consider:

How much will not backing up WordPress cost you?

Matt Mansfield is the Tech Editor and SEO Manager at Small Business Trends where he is responsible for directing and writing many of the site’s product reviews, technology how-to’s, and lists of small business resources as well as increasing the reach of our content.
4 Reactions
Subscribe
Follow @smallbiztrends
RSS LinkedIn Pinterest iTunes