13 Antivirus Software Options for Your Business 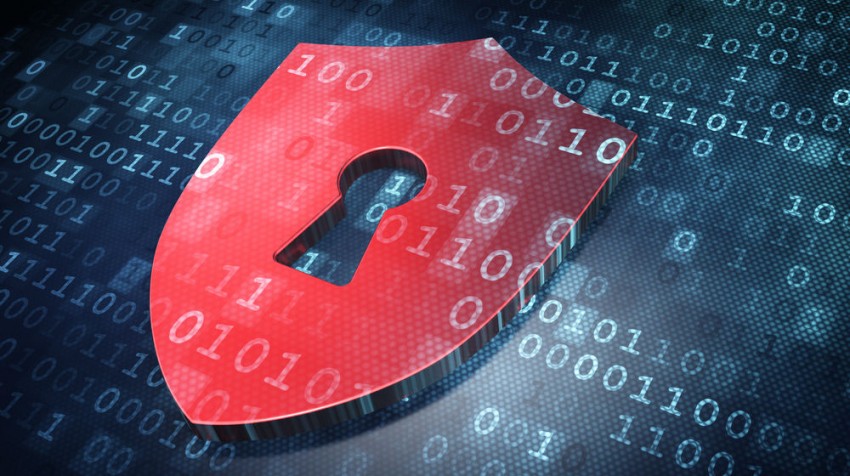 Antivirus solutions come in many forms, but they are still absolutely critical to the security of your business.

When considering which program to get, real-time protection is the feature to look for. This means that you are protected all the time your computer is on. The program is continually scanning all incoming URLs and files for threats. It’s like having your own security guard at your front door, checking the credentials of everyone who wants in.

Here’s a list of antivirus software options worth considering if you are looking for protection from all the online critters out to steal your identity or turn your computer into a botnet. 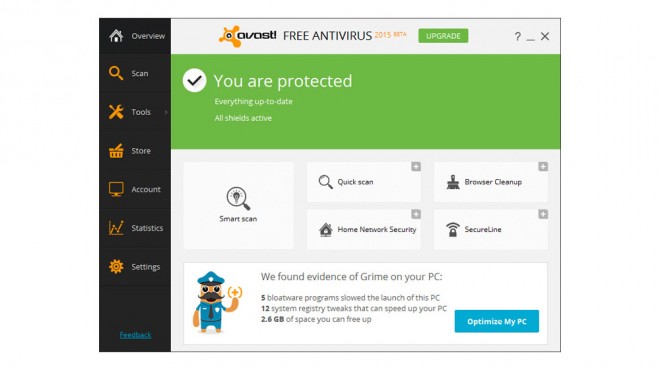 Avast! is one of the multi-award winning antivirus software options around since the early 1990s. That’s makes it one of the oldest kids on the block in the online security industry. Like many antivirus apps, it has both free and paid versions, and is also available for a variety of platforms, including Mac OS X and Linux.

However, the free version is only for home and non-commercial use, so the business version will have to be purchased for $35 a year, with discounts if you pay for longer. These prices are currently a special offer — the normal annual price is $40, with discounts for longer licenses.

Bitdefender is another of the antivirus software options, made by a Romanian-based company. It launched in 2001, and it has quite a few features to recommend itself to any business owner looking to protect a computer system.

It checks for viruses, spyware, email spam, phishing, and includes a firewall. It also scans links by looking at the webpage you’re going to, and telling you whether it is safe or not, before you proceed. The best feature however is something called Safego, which protects you on social media. It scans your Facebook news feed and warns you if any of the links leads to malware. It can be installed separately on Facebook for free, without the need to install the entire Bitdefender app.

Bitdefender is not cheap for small and medium-sized businesses. The price for Small Office Security starts at $143 a year, for up to five users. You can test it first with a 30-day free trial.

Kaspersky is an award-winning cross-platform security app, and business users can also take advantage of a Linux version. It offers the real-time protection discussed earlier, and wastes no time destroying all of the viruses, malware, trojans, and keyloggers that may be lurking in your hard drive. The Small Office Security version will also secure your online banking, encrypt your data, manage your passwords, and protect your mobile devices.

As with Bitdefender, Kaspersky is not cheap. Small Office Security currently clocks in at $229.00 a year for 5 users, with a 30 day free trial. 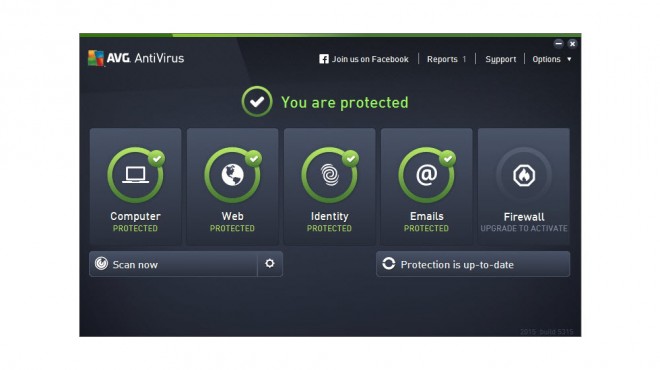 AVG is both an extremely reliable and extremely affordable software. Packages start at about $32 a year per computer, with a discount if you pay for 2 years up-front. Everything comes with a 30-day free trial.

Besides the usual antivirus protection, it also monitors your downloads, securely deletes your files to prevent them from being retrieved, scans your Web and social media links, encrypts and password-protects your files, stops spam, and offers a first-class firewall.

When you see the prices above, you may start to wonder why you should pay so much. Especially since Windows offers an antivirus suite and firewall for free. It’s called Windows Defender and it’s not bad. But it’s not exactly great, either. You can enable it by going to your Windows Menu, then typing ‘defender’ (without the quote marks).

The pros include the fact that it is made by the same company that made the operating system. So it has been proven that Defender uses less system resources than other antivirus apps.  Plus it’s easy to set up, with a pleasant and easy-to-understand user interface.

But one of the cons is that it’s not 100 percent guaranteed to find all the threats on your PC. So don’t use this as your sole protection forever. Use it as a starting point, and then test-drive one of the other options here for much better detection rates.

Webroot has four different products for the small to medium-sized business, all with 30-day free trials. The Webroot set of products have all consistently been given the highest scores in benchmarking experiments, with detection rates hovering around 90 percent. The business apps are only available for five users or more, starting at $40 per user per year. There are also the usual discounts for buying longer licenses.

One of the biggest advantages is that it is an extremely light program — 750KB. Therefore it doesn’t take up too much space on your computer and is light on system resources. 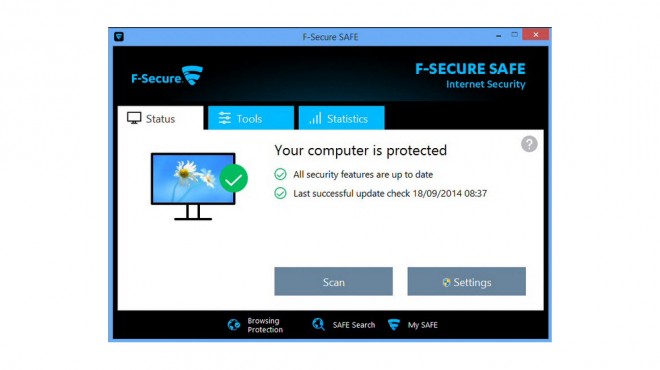 F-Secure is another of the antivirus software options that has consistently been given top marks. AV-Test has awarded them the “Best Corporate Protection Award” four years in a row. F-Secure provides an app which covers computers, laptops, and servers (including Linux). It detects viruses and malware in emails, as well as in links (with a service called Internet Gatekeeper).

Getting prices can be a challenge as the F-Secure site redirects you to an application you need to fill in. But Virus-Logic is quoting a price of $46 per license, with a minimum of five licenses per order.

Bullguard is a 14-year old Danish company which ran into some PR problems a few years back. Their software went on the blink and classed every piece of software on their customers’ computers as a virus. Those programs were then quarantined. But according to reports, since then, Bullguard has vastly improved, and comes highly recommended by many.

Bullguard does not have a “business version” as such. Instead a package called “Premium Protection” simply includes everything the company has to offer. This comes with a generous 60-day free trial, and costs about $65 a year for three computers. The other options are also paid — there’s no free plan. Just look at the website and see what suits you best.

The one with the strange, difficult to remember name comes from Slovakia, and has a very good Business Edition. It includes something called “ESET Remote Administrator” which makes it easy to manage servers. You can also install ESET on Microsoft Windows Server operating systems. 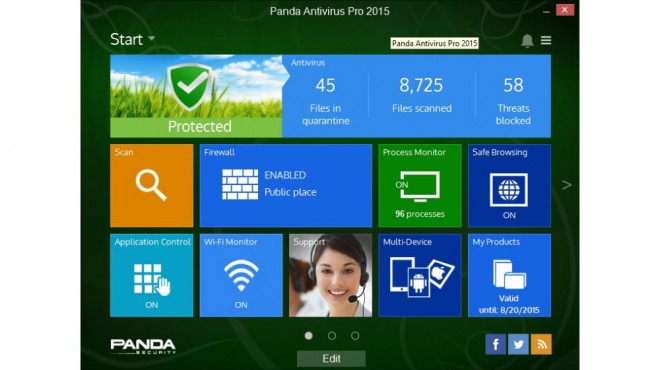 Panda is a Spanish creation, and is one of the oldest solutions of its kind, having been founded back in 1990, as the Internet was in its infancy. Its trademark technology is named TruPrevent, and it has something called “Collective Intelligence” which detects, scans and classifies malware in real time. Panda also has “Cloud Protection“, which does everything in the Cloud. This means that the client does not need to install the software if they don’t want to.

To enable Cloud Protection, you have to complete an application on the company’s site, and a sales representative will quote you a price, based on your business needs.

Trend Micro is a U.S. company, but is based in Japan. It is notable for its close cooperation with Interpol to provide knowledge, resources and tactics to fight cybercrime. It also has an attractive package for small to medium-sized businesses. It’s called Worry-Free Business Security, and has three levels: Standard, Advanced, or Services. As usual, the one you choose depends on your business requirements. Just click on the link provided above, and look at the chart to see where your company stands.

VoodooSoft VoodooShield 2.0 is a bit unique among security solutions because it has a single purpose — to hunt down and quarantine potentially damaging .exe programs on your computer. So this could be considered an “anti-exe” app.

An “exe” file is short for executable file, and it is mostly what you receive when you download a software program. It is also what launches the program when you open it. The vast majority of .exe files are harmless and do what they are meant to do. But a small proportion of them contain malware, spyware and nasty viruses that can turn your computer into a brick or recruit it for cybercrime.

So Voodoo Shield has a whitelist where you can type in all of the programs which are authorized to run on your computer. The rest get quarantined until you decide whether or not they can be let through.

It is extremely affordable too. The cost is $20.00 per computer, per year, with small discounts if you buy longer licenses.

The list ends with a free web-based option, but it doesn’t offer real-time protection. So this solution should only be used alongside one of the other security options out there just to be safe.

What VirusTotal is good for is scanning files which you think may be potentially dangerous. Say a potential client sends you a Zip file, but you are unsure if the potential client can be trusted. So VirusTotal is there to scan the file and report back its findings. Simply upload VirusTotal from your computer or from a URL. It will then use more than 50 different virus checkers to examine and cross-examine the file.

The site even provides a tool allowing you to insert a “send to VirusTotal” option in the right-click Windows Explorer menu.

Antivirus solutions remain critical for protecting your software, hardware and data in an increasingly dangerous digital world. So look at the antivirus software options above and see which one is right for your business. If your company uses another antivirus product not on this list, what is it and what experiences have you had?