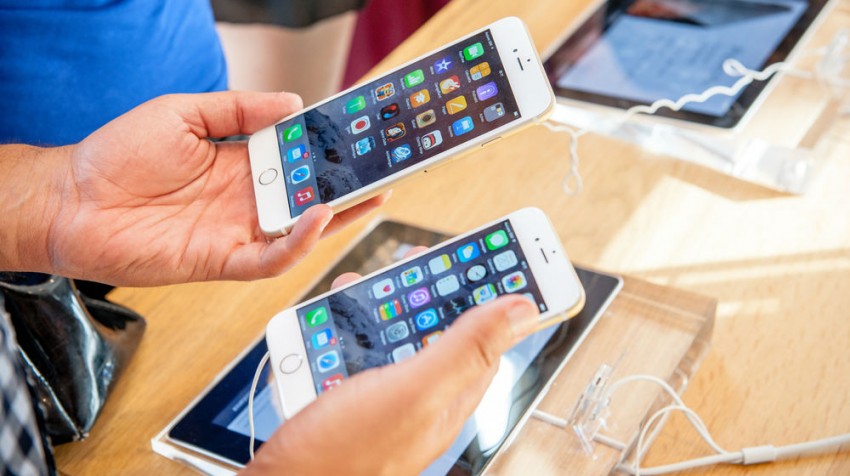 Mobile dominated the news this week with information on a new Apple patent, a long awaited digital payment system and the wider availability of a popular mobile device. Look for details on these stories and more in this week’s Small Business Trends news and information roundup.

Apple Patents a System That Can Broadcast Your Availability Status

Wouldn’t it be great if you could set your phone to “away” instant messenger style? To not just set your phone to vibrate but to actually let callers know that you are unavailable. A new U.S. patent recently granted to Apple might do just that.

One card to hold them all. That’s what Coin promises. It’s a digital payment system developers insist can just about replace your credit and other payment cards. Now, after a long wait, Coin is finally on its way to customers. If you have never heard of it, Coin is a device that can digitally hold your credit card, debit card, loyalty card, and gift card information.

OnePlus One Phone, You No Longer Need an Invite

The OnePlus One phone, known initially as much for its invitation-only purchase policy as for its unfortunate “ladies first” marketing misstep, is erasing one of these forever. OnePlus announced that sales of its first and only smartphone currently available are finally open to everyone. That’s right, you no longer need a OnePlus One phone invite to purchase the phone.

Manta Business Directory Upgrades to Help You Get Discovered

Manta announced a new set of tools this week the company says will help get your small business noticed. The Manta business directory is a longtime online resource. Getting your company’s profile listed makes your business more visible, especially locally. The listings have traditionally included vital information like a phone number, site address, or operating hours.

When you dine at Tender Greens, a sandwich and salad restaurant chain in California, you don’t just get to see the food that you and your fellow diners are enjoying that day. You will also find yourself surrounded by the food the restaurant plans to serve in the coming weeks.

Advantages of Using eCommerce Software in Your Retail Business

You need money to buy anything, but not necessarily everything. Again, if you think that only money can make you more money, that is not what I believe firmly. To me, and most of the startups as well, I think it is just the path you choose to make money that matters.

Spotlight: BlogPaws is a Media Company That Puts Animals First

For bloggers, connecting with brands in your industry can be a prime source of revenue and opportunity. And those relationships can also lead to additional exposure for the brands. In many industries, there are companies and platforms designed specifically to connect those brands and bloggers.

The nationwide celebration of small businesses is two weeks away. National Small Business Week is being held from May 4-8 this year. For one week every year since 1963, the President of the United States has declared a national recognition for small businesses and their importance to the economy. This is the 52nd National Small Business Week in the U.S.

Mexican drug cartels. Russian botnets. Chinese hackers. It’s all in a day’s work for Microsoft’s Digital Crimes Unit. The Digital Crimes Unit (DCU) is a unit within Microsoft where employees track cybercrime in real time. The DCU has an important goal: fight cybercrime. To some this role may seem surprising.

Ground Control Beer is Out of This World — Literally

Depending on your taste, you’ve probably had some mighty good beers in your time. But until now, you may not have had a beer that’s literally out of this world. Now it’s time to leave the capsule, if you dare. For those interested in trying a beer that’s quite literally been in space, there’s Ground Control Beer.

There are many dangers that go along with being a firefighter. The obvious ones include burns, smoke inhalation and building collapses. But there are also some less obvious long-term dangers that go along with fighting fires year after year. Clive Savacool has dealt with those dangers firsthand. In March 2014, he collapsed after battling a grass fire in Pittsburg, California.

In emerging marijuana businesses both the opportunities and the risks are, pardon the pun, high. The same could be said for the industry’s startup potential. And even though traditional banks are not getting behind the industry just yet, there are investors in the marijuana industry.

Amy Dowell opened The Painted Lady tattoo parlor in Jackson Hole, Wyoming, on April 1 and already is booked solid for roughly the next year. And that’s no April Fool’s joke. Her art, see above, is lauded (she has won more awards than can be easily counted) and her new business venture is flourishing to the extent that her client list is now global.

You Can Play Any Sound With INSTRUMENT 1

Nashville is known for music. So it’s no surprise a company creating a digital instrument that can emulate any sound is also based there. Artiphon founder Mike Butera, a musician boasting a PhD in sound studies, found it frustrating to carry multiple instruments to shows.

What kid doesn’t dream that saying, “Open Sesame” opens some kind of secret passageway? Childhood dreams of magic and treasure aside, even adults would admit that such convenience has appeal. One company is playing on both fantasy and reality with a smart lock that can open a door with a phrase or secret knock. The Sesame smart lock is the first creation to come out of Candy House.

Time Warner Cable is joining the race to bring faster Internet speeds to customers. With Google Fiber expanding and Comcast announcing Gigabit Pro, it’s no surprise Time Warner has announced they are going to up their speeds as well. The company is calling their new Internet experience “TWC Maxx.”