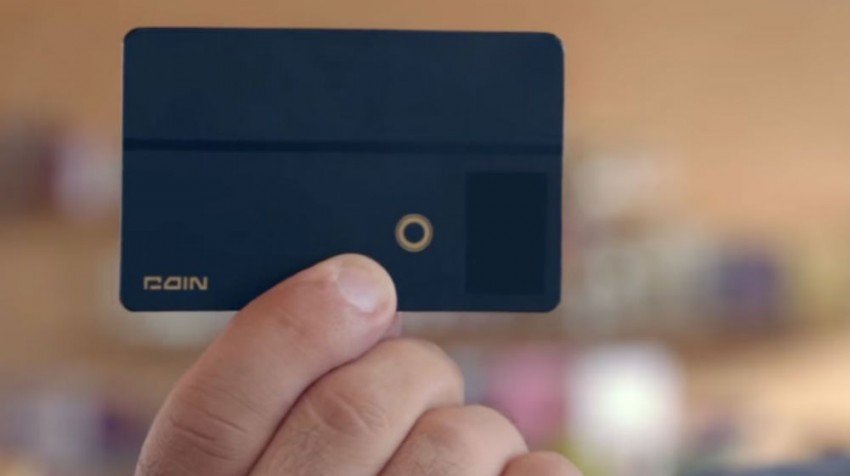 One card to hold them all. That’s what Coin promises. It’s a digital payment system developers insist can just about replace your credit and other payment cards.

Now, after a long wait, Coin is finally on its way to customers.

If you have never heard of it, Coin is a device that can digitally hold your credit card, debit card, loyalty card, and gift card information. Information is loaded onto Coin from your smartphone through Bluetooth.

With the use of a card reader plugged into your phone you can swipe your payment cards and the Coin app will send this information to the Coin card.

Coin can store any number of cards but it’s estimated that only eight can be active on the device at one time. You can switch which cards are active through the app.

Coin has a plastic skin, one button, and a small reader screen. Pressing the button switches which card is being used and the reader screen lets you know what payment card has been selected. There is also a signature area as well as the user’s name imprinted on the card to add security.

Speaking of security, Coin has added features to help keep users’ information safe. If you lose your card or if it is stolen, Coin can be remotely locked to keep anyone from using it. Users can also turn on the Lock and Find features through the Coin app.

Lock will allow Coin to automatically unlock itself when near your smartphone. When away from your phone, Coin can also be unlocked by pressing a personalized tap code on the card button. All card information is erased if the tap code is entered incorrectly three times in a row. The Find feature will alert your phone if Coin is left behind.

Pre-orders for Coin started back in November 2013 and the enthusiasm was obvious. The company was looking to make $50,000 in pre-orders but in just 40 minutes that number was surpassed. Coin went on to raise over $15 million with around 350,000 units pre-ordered.

Customers were told to expect Coin to ship in the summer of 2014. But now, almost a year later, Coin is finally making its way into waiting hands. Shipping has begun in April but the company explains on its website that due to the volume of units, it will take several months to fulfill all pre-orders. For those wondering just when their Coin will arrive, you can submit an inquiry form here.

Initially, Coin only cost early customers $55 but that price has since gone up to $100 for everyone else. If you are interested in ordering Coin and missed the boat back in 2013, you can still pre-order. Be prepared to wait, though. Coin says that orders placed at this time won’t ship until the Winter.