Did You Know You Can Now Embed Facebook Videos? 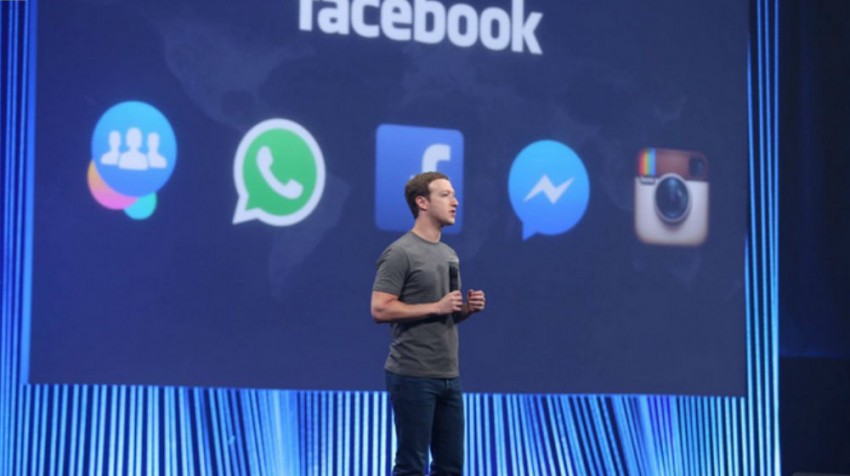 Yes, you can. You can now embed Facebook videos on other sites.

Previously, sharing videos posted to Facebook with your website audience was a bit more complicated. To post those same videos anywhere else, you’d have to upload them to another service that allowed embedding. So, if a customer posted a great video on Facebook, up until recently, you were limited to sharing that video with customers on your Facebook page only.

How to Embed Facebook Videos in as Few as Two Steps

Just like YouTube or any other site’s videos, it’s simple to embed Facebook videos. Basically, it involves grabbing an  embed code and pasting it to your site.

There are a few ways to accomplish this. The first is right from the Facebook post appearing on your News Feed or a Profile’s or Page’s timeline.

In the upper right corner of the post, look for the small down-facing arrow. Clicking that will pull down a menu. About halfway down that menu, the option for Embed Video can be selected.

A dialog box should appear. In that box there’s an embed code that can easily be copied and then pasted wherever you wish. Options might include your website, a product page on your eCommerce site or a page of your blog.

Here’s a peak at what the dialog box will look like: 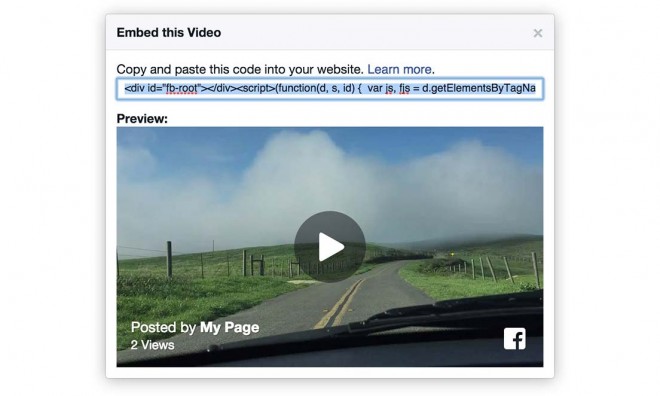 You can also grab the embed code directly from the page where the video appears on Facebook. Reach this page typically by clicking on the timestamp of the original post.

On this page, only the video, in full size, will appear. Under the video and to the right, look for a menu of links including a selection called Embed Video. As in the previous option,  clicking this link prompts the dialog box that contains the embed code.

Another way to embed a Facebook video is to grab its URL and enter it into Facebook’s Code Generator. The page also contains more detailed instructions for embedding the video manually onto your site.

With the Code Generator, simply enter the Facebook video URL and the width at which you’d like the video created. Clicking the blue Get Code button will prompt another dialog box with more detailed codes for placing the Facebook video plugin on your site.

A World Within Itself

It’s been nearly two years since Facebook has done anything drastic to allow you to share your posts there elsewhere.

Back in August 2013, users were just first allowed to embed Facebook posts from their profile or business page to other sites.

Now the same liberties are being given to videos posted there.

It remains to be seen whether this development will convince more users to post videos to their Facebook Page instead of to YouTube or another video site, but time will tell.

Joshua Sophy is the Assistant Editor for Small Business Trends and the Head of Content Partnerships. A journalist with 20 years of experience in traditional and online media, Joshua got his start in the rough and tumble newspaper business of Pennsylvania's coal region. He is a member of the Society of Professional Journalists and was a beat reporter covering daily news. He eventually founded his own local newspaper, the Pottsville Free Press, covering his hometown. Joshua supervises the day-to-day operations of Small Business Trends' busy editorial department including the editorial calendar and outgoing assignments.
12 Reactions
Subscribe
Follow @smallbiztrends
RSS LinkedIn Pinterest iTunes