Etsy, ZenPayroll Made Headlines This Week 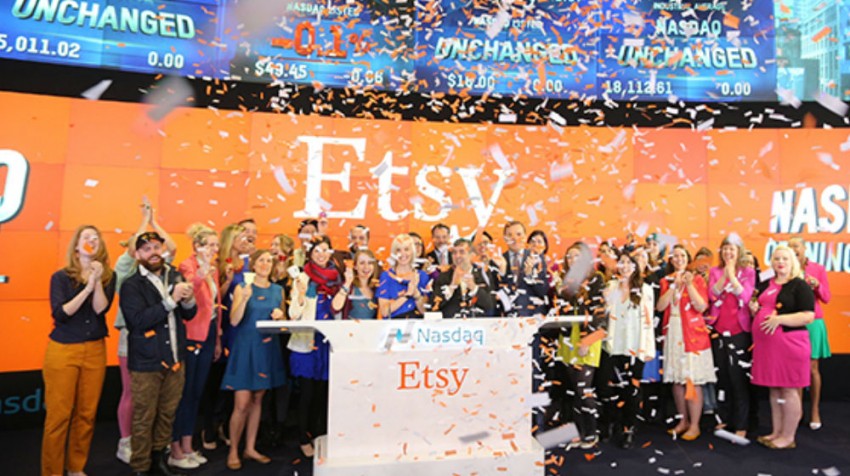 Etsy, the online marketplace for handmade and vintage goods, made headlines this week by officially launching its IPO. This means that the website will have to work hard to keep both its stockholders and its sellers happy. But Etsy isn’t the only company making changes. ZenPayroll also announced a new round of funding recently. And that means the company is taking its services nationwide.

Read on for a full list of headlines in this week’s Small Business Trends news and information roundup.

Etsy Balances Needs of Sellers, Stockholders as IPO Gets Under Way

The site where you can get a tiny crocheted Maltese puppy, a glowing turquoise owl necklace, and a 3D paper taxidermy lion can now be yours. Well, at least part of it. Etsy, went public on April 16. Shares of the company are being offered for $16 each as part of Etsy’s Initial Public Offering (IPO).

ZenPayroll Could Change the Way You Pay

ZenPayroll, a Web-based payroll processor targeting specifically smaller businesses, says a recent round of funding has helped it take its service nationwide. The company has raised $60 million in funding from Google Capital, with participation from other new investors, including Emergence Capital Partners and Ribbit Capital.

S-Corp Audit Rates Inch Down, But Most Targeted Are Compliant

Here’s some good and bad tax news for owners of Subchapter S-Corporations. The good news is that your chances of getting audited remained low last tax year and are not expected to increase this year. That should be some solace for tax-compliant small business owners concerned about unnecessary examinations by the Internal Revenue Service (IRS).

Are You Backing Up WordPress? You’d Better Be

If your small business is backing up WordPress only once in a while, then you’re not alone. In fact, a survey of 503 WordPress users released March 10 by CodeGuard, a provider of cloud-based website backup services, reveals that 47 percent of WordPress users backup their sites every few months while 21 percent back up WordPress “occasionally”. This is not a good thing.

Amazon’s new unlimited storage plan is raising the bar for competitive pricing, — or is that lowering the bar? However you look at it, there’s no denying the company’s new plan comes in super cheap. Other services may want to make an effort to keep up. So how cheap are we talking? Amazon is now offering unlimited storage on its Cloud Drive for just $60 a year.

Last year, Amazon launched Amazon WorkSpaces, a virtualization service for desktops. Now the company is taking their service a step further with Amazon Web Services Marketplace for Desktop Apps. The name might be a bit of a mouthful but the service could simplify desktop apps for business owners.

RebelMouse CMS Lets You Share Posts from Across the Web

Motorcycles are not like cars. When you park a car, it usually stays put. But for motorcycles, there is no standard way to prevent them from rolling. There have been some products over the years that have worked to solve this problem. But safety has been a concern with many of those products as well. That was before ROADLOK came along, of course.

Did You Know You Can Now Embed Facebook Videos?

Entrepreneurial Teens Prove Coworking Spaces for Students Can Work Too

Art Without a Roof Sells T-Shirts Made by the Homeless

Art Without a Roof is a social business venture dedicated to helping improve the lives of the disadvantaged by marketing artwork to benefit causes. The company, founded last year in San Diego, currently focuses on the homeless but plans to benefit other charity groups as well.

You Can Stick the Podo Bluetooth Camera Anywhere

Selfie and photo booth enthusiasts might want to take a look at the Podo Bluetooth camera. This colorful little Bluetooth camera brags it can stick to almost any surface to help you take the perfect shot of yourself. No “selfie stick” needed. Podo seeks to eliminate some of the common frustrations experienced with smartphone photography.

BoXZY is a Mill, Laser Engraver, and 3D Printer in One Box

With all the devices and technology available these days, what we imagine we can make. With 3D printers what is created on a screen can become tangible objects without even leaving the room. Millers and lasers can turn blocks of material into just about anything we want them to be. But all these amazing tools can add up in money and space.

If you find a leather jacket irresistible, it may be hard to say no to the anxiously anticipated LG G4 smartphone. As one LG mobile device is being discontinued, the popular LG Google Nexus 5, another is being introduced. The G4 is the latest of the flagship Android smartphone model from LG. Actually, with a 5.5-inch display, the device is, strictly speaking, a phablet.

Bitmoji Offers Emoji Characters That Look Just Like You

iPhone owners got an unexpected surprise in the latest iOS update — some new emoji. The new characters include some more diverse faces. But there still aren’t enough different characters to really match the look and style of each person who uses them. That’s where Bitmoji comes in.

Is your refrigerator running? If so, it probably runs on electricity. But if you own an Evaptainer, then electricity isn’t necessary. The small refrigeration devices actually keep food cool just using sun and water. Evaptainers was founded by Spencer Taylor and Quang Truong.