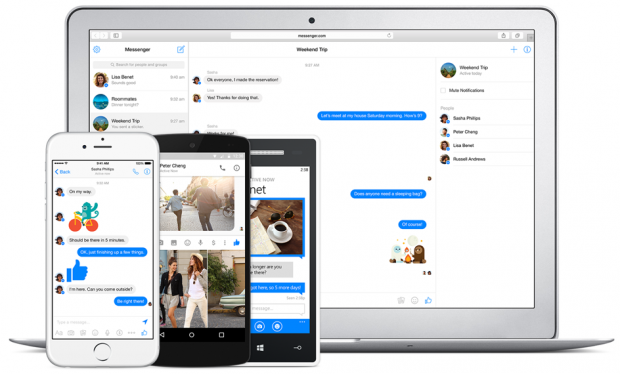 Facebook users have gotten used to chatting with connections on the mobile Messenger app. Now, Facebook has launched a new Messenger version for Web browsers. This means users can now chat on the Web without being on the Facebook page.

For now, this new Facebook Messenger Web version will not be replacing messaging on Facebook. This means you will still be able to send and receive messages on your Facebook page directly. Rather than replacing the Facebook chat, Messenger is a standalone app separate from the rest of the site. It’s a little confusing if you’re not a mobile Messenger user but could have some benefits.

The Web version is supposed to make messaging easier and less distracting, away from the news feed, notifications, and overall business of Facebook. Instead users can focus on their conversations and pay more attention to the messages they send.

The Facebook Messenger Web version looks like it will offer many of the same features as the mobile version: message notifications, photo and video sharing, and even payments. Users will also be able to call each other with either video or just voice.

All in all, the Web version of Messenger is not particularly innovative, though it can probably be expected that Facebook will expand on the service. Right now, the Web version is only offered in English. However, undoubtedly other languages will become available in the near future.

Tabby McFarland is a staff writer and web researcher for Small Business Trends. As a staff writer she specializes in social media, technology, special interest features, and e-commerce. A geek at heart, Tabby loves to be online interacting with the blogging community. Tabby is a WAHM (work at home mom) and is also an avid Pinterest enthusiast with a strong sense of style and creativity.
7 Reactions
Subscribe
Follow @smallbiztrends
RSS LinkedIn Pinterest iTunes