Ground Control Beer is Out of This World — Literally 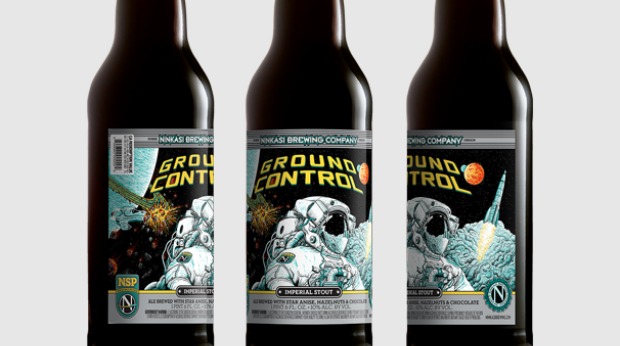 Depending on your taste, you’ve probably had some mighty good beers in your time.

But until now, you may not have had a beer that’s literally out of this world.

Now it’s time to leave the capsule, if you dare.

For those interested in trying a beer that’s quite literally been in space, there’s Ground Control Beer. The imperial stout is brewed by the Ninkasi Brewing Company in Eugene, Oregon.

As strange as it might sound, the beer is the product of what the company calls its Ninkasi Space Program. Beginning in 2014, the brewery came up with the idea of actually launching  some yeast into space by rocket in the Nevada Desert than recovering it to use in a new product.

The first batch didn’t make it. But it wasn’t the journey nearly 77.3 miles into outer space or its thundering re-entry into Earth’s atmosphere that did it in, CNN reports.

No, it turns out the temperature sensitive yeast was packaged to survive the heat of the desert which can hit temperatures as high high as 108 degrees for about 12 hours. So when the payload came down about nine miles from its intended landing site and took almost two days to find, well, that was all she wrote.

The second time, however, the company enlisted the help of a commercial spaceflight firm, UP Aerospace. The rocket that contained the yeast launched into space and floated above the atmosphere for more than four minutes, then fell back to Earth, where it was retrieved by a U.S. Army helicopter and sent to the Ninkasi lab.

The experiment resulted in Ground Control Beer being the first beer with ingredients from space made available to the general public. And of course, it resulted in a hefty price tag for Ninkasi. The company spent about $80,000 on the project.

Now that you know how Ninkasi accomplished this feat, the next question you probably have is, “Why?”

There’s not an actual tangible benefit for the beer. Being in space doesn’t fundamentally change the yeast. So basically, the space launch was more a case of “because we can.”

In an official statement on the company website, Ninkasi co-founder Jamie Floyd explains:

“This is all about exploring the future of brewing. While [amateur rocket] groups are working to push the boundaries of access to space, we are hoping that our missions will help propel the brewing industry forward.”

While Ground Control Beer might not taste any different for being in space — it will certainly cost more. Ground Control Beer is only available in limited quantities and is retailing for about $20 in 22-ounce bottles. So there’s also a level of exclusivity to the beer.

Clearly, this isn’t a brew for everyone. But beer enthusiasts and adventurous drinkers might be over the moon at the chance to try a drink with ingredients that have been in space.

And if we one day find out that sending ingredients into space can have a real benefit on the end product, Ninkasi might just have an unexpected leg up on the competition.