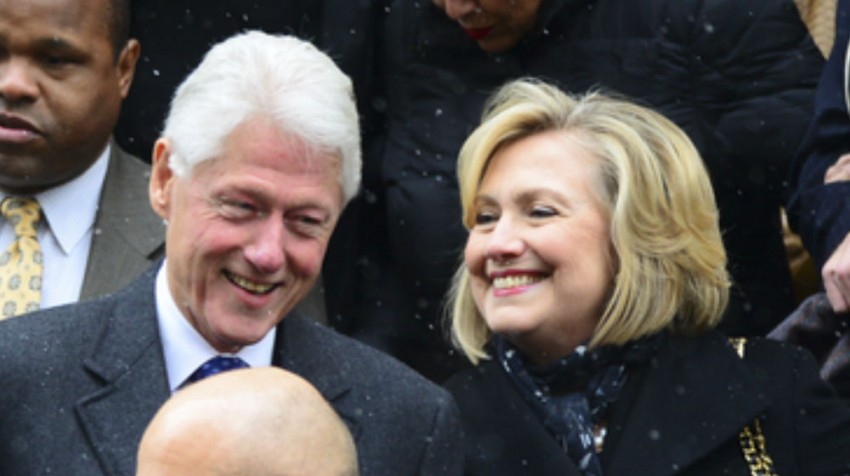 Hillary Clinton was a lawyer during Watergate, a high-profile first lady and a senator and secretary of state, so it’s understandable that she’s not very savvy with social media. She never drives. She has people for that. And she undoubtedly has people for her social media, too.

But maybe they aren’t the right people.

Someone who handles Clinton’s Twitter account probably thought it would look a little funny for the leading Democratic contender for the White House to start off with only a few thousand followers.

So some staffer somewhere pulled out the campaign credit card and clicked a link, a link possibly obtained by dipping into the spam folder. Easy as buying a pair of shoes for walking the campaign trail, or the movie “The Candidate” on YouTube, the purchase was made.

What could possibly go wrong?

Well, it turns out that it doesn’t look good for the campaign when the Facebook account of the presidential hopeful has more followers in Baghdad than in Brooklyn or any other U.S. city.

Of course, there’s a fairly decent chance that the campaign actually did nothing wrong.

As explained in this video, one of the ways that people who sit around clicking “like” on pages for pay avoid detection is by liking, “favoriting” and otherwise mindlessly following lots and lots of accounts to make it harder to sniff out which companies are paying for links.

Maybe they all liked Clinton’s pages to cover their tracks? Possible, but not likely. There are a lot of clickers in Baghdad, no doubt, but probably not 46,000 of them.

What’s the Lesson for Entrepreneurs in All This?

I think there are two.

Remember the kid who thought that if he bought candy for classmates he’d get more friends? It didn’t work for him, and it won’t work for you. Better a hundred real fans than 100,000 fake ones.

I’m CEO of a marketplace where you can buy blog posts and so, our product is, by nature, a bit secretive. We are in some ways “ghostwriters” and people who use us often don’t advertise that they are not writing their own posts. We’ll never tell, either.

But we don’t fake anything.

A real human being analyzes the companies we work for and writes posts that work for visitors to those companies. Anonymity is different than fakery. Anonymous writing has a long and rich history. Fake likes are just a modernized version of false advertising.

Bad Things Can Happen Online, With You and Your Competitors

More than any other election, the race in 2016 will be fought online, but it will still be decided based on the candidates. It would be easy for Martin O’Malley to try to score some points by making fun of Clinton’s fake followers, but are any voters really going to decide based on what may have been a social media goof by a junior staffer? Hard to imagine.

So, if you have competitors who have something weird going on with their social feeds, or their sites, it’s probably best just to watch and learn, but not to try to make any hay out of it. It may not have been their doing.

There’s a great content marketing agency in Colorado called SproutContent. They had been doing everything right in the inbound marketing world, and it was paying off for them. Then the wheels came off the bus of their search results.

Someone had taken a blog post from their site, unbeknownst to them, and posted it on every crappy site in the universe. Google thought it was them. Their ranking plummeted.

But the team fought back, and now things are working for them nicely, mostly because they just continue to write great posts and do good work for their clients. That’s a great recipe for success.

Whomever wins the White House next is going to do so by doing a great job being a candidate. Being a great candidate, like running a great business, is all about making good choices, being authentic and honest, and just doing good work.

The Clintons Photo via Shutterstock

Scott Yates is CEO of BlogMutt, the leading site for businesses and agencies to buy blog posts. Scott, along with co-founder Wade Green, built BlogMutt to be the one site that makes it easy for businesses to get posts so necessary in today’s inbound-marketing world, AND making it easy and fun for freelance writers to create those posts. Scott lives in Colorado with his wife and son, their mutt, Buddy, and his dictionary collection.
4 Reactions
Subscribe
Follow @smallbiztrends
RSS LinkedIn Pinterest iTunes