You Can Play Any Sound With INSTRUMENT 1 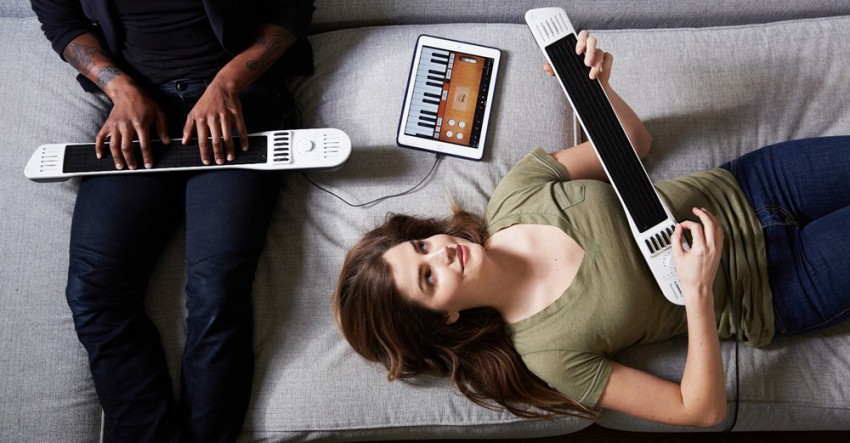 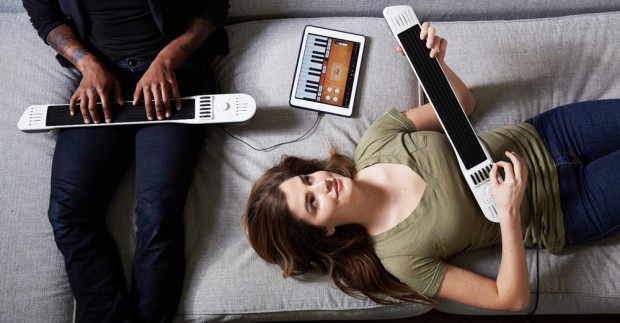 Nashville is known for music. So it’s no surprise a company creating a digital instrument that can emulate any sound is also based there.

Artiphon founder Mike Butera, a musician boasting a PhD in sound studies, found it frustrating to carry multiple instruments to shows. This frustration spurred the creation of INSTRUMENT 1, a device that Artiphon says can become just about any instrument you want. Make it a guitar, a piano, or even a sitar.

Your smartphone or other device becomes the controller. The company claims INSTRUMENT 1 can connect to an iPhone, an iPad, any Macintosh computer, and yes, PCs, too. All that’s needed is a Lightning or USB connection.

Artiphon says INSTRUMENT 1 is compatible with hundreds of music apps. And its ergonomic design mean it can be used in multiple ways. Strum it to play a banjo, drum it, or run a bow across it like a violin.

Check out this Kickstarter video for a better idea of INSTRUMENT 1’s capabilities:

Artiphon is developing its own app that will work with INSTRUMENT 1. The company claims that with the use of the companion app, users will have access to different features like the ability to combine instruments and set custom tunings. Unfortunately, the companion app will only be available for iOS. That’s a drawback for some interested parties.

But INSTRUMENT 1’s focus is more on exploring new instruments and sounds rather than honing skill levels. The company states on its Kickstarter page:

Like snapping an Instagram, now you don’t have to already be a professional to start making music and enjoy every note. We’re building an instrument that empowers people to play music apps beyond the touchscreen, and we want to inspire people to explore music-making in their everyday lives.

INSTRUMENT 1 may not help an artist perfect their technique but, judging by the numbers on the recently finished Kickstarter campaign, there are plenty of people wanting this product. Artiphon’s campaign goal of $75,000 may have been ambitious but the company managed to finish with over $1.3 million in pledges.