Keep Warm Like an Astronaut With the Lukla Endeavor Jacket 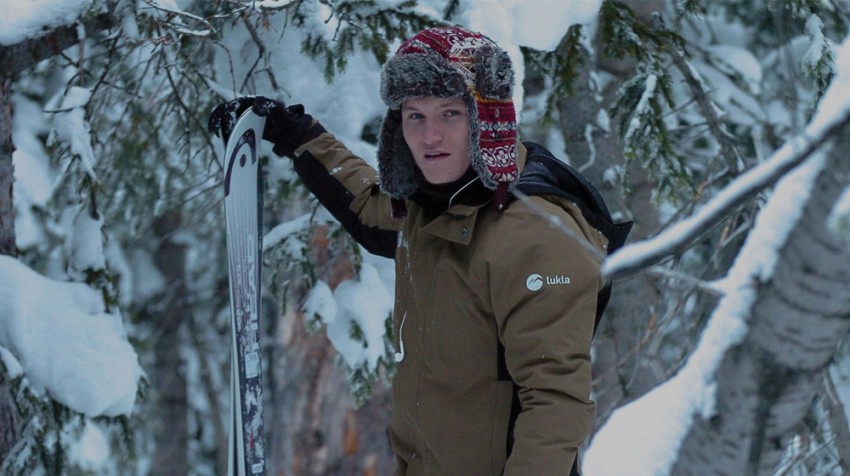 Like so many other products, the Lukla Endeavor Jacket began as a solution to a problem. When Michael Markesbery and Max Squire were climbing one of the tallest mountains in the Swiss Alps, they noticed a problem with the expensive outerwear they were using. It was bulky, cumbersome, and they were still cold.

What started as a frustration turned into an opportunity when the pair teamed up with Rithvik Venna to create Lukla Apparel.

Lukla is a jacket that contains aerogel, the same material NASA uses in their space suits. According to NASA, aerogel is among one of the lightest solids and finest insulators known to man. This intriguing substance is made from a silica gel that has undergone supercritical fluid extraction, replacing it’s liquid with air.

Basically this process makes aerogel close to 95 percent porous. These nanopores in aerogel are so small that molecules of air can’t travel through. What you are left with is a really effective and light insulator.

The team behind Lukla saw the potential for aerogel to make it possible to create a thin jacket that could keep you warm even in the coldest climates. After spending several years developing and testing their jacket, the team has now brought their idea to Kickstarter. Within just 48 hours, the campaign reached it’s $100,000 goal and has now more than doubled that number.

For more information on Lukla check out their Kickstarter video below.

With aerogel being such an effective insulator, you might be wondering if a person could overheat wearing a jacket lined with the stuff. Keeping warm is great, but not if you are passing out while hiking up your favorite trail. Lukla has looked to solve with problem with strategic aerogel placement.

“Aerogel is used throughout the whole jacket, but the key is how the aerogel is placed. We place the aerogel panels in specific locations, based on thermal mapping of the body, to increase breathability….The implementation of aerogel in the jackets is designed to reduce the bulk that you find in most jackets. This is because 30 millimetres of goose down (industry standard) is comparable in insulation to roughly 2 mm of aerogel. We have also worked tirelessly to have the most flexible aerogel to allow for optimal mobility.”

If you are interested in getting your own Lukla jacket they are currently available for pre-order. Though as you might expect the jacket isn’t cheap, one will cost you around $350. Lukla hopes to ship by late October or early November.