Popular Beer Brands from Around the World 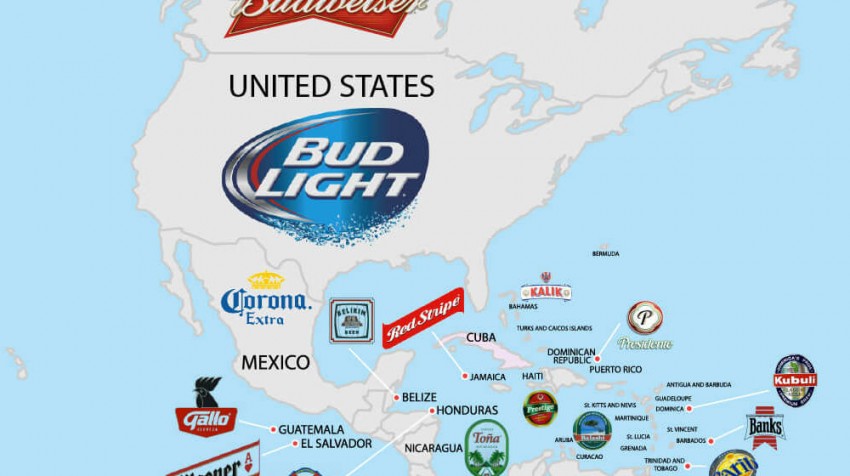 Earlier this month, we learned about the most popular beers in the U.S., and now we’re going global. Wine and beverage info site Vinepair released an infographic called Every Country’s Most Popular Beer, which maps favorite beers worldwide.

Many of the most popular beers are natives like Taiwan Beer in Taiwan, Angkor in Cambodia, or Guinness in Ireland. But who would’ve guessed that Poker is the name of the most popular beer in Colombia? Or that Indians overwhelmingly drink Kingfisher? Also interesting is that Muslim countries like Saudi Arabia and Iran which prohibit drinking prefer non-alcoholic.

On the infographic’s page, Vinepair writes:

“The map below brings together dozens of sources, from research reports to corporate filings, to reveal the most popular beers in over 100 countries. As you can see, the beer brands of the world are as diverse as our planet itself.” 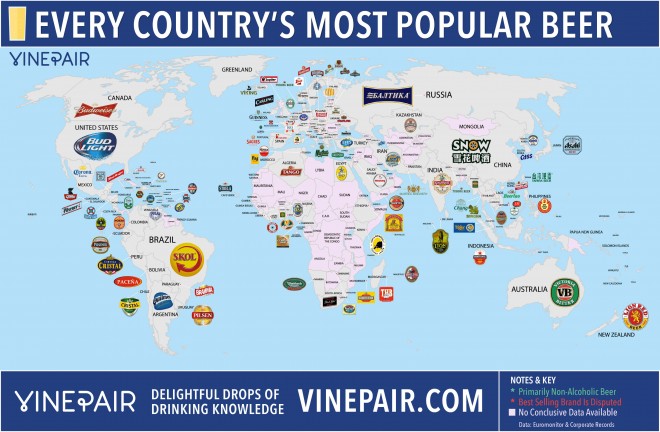