RebelMouse CMS Lets You Share Posts from Across the Web 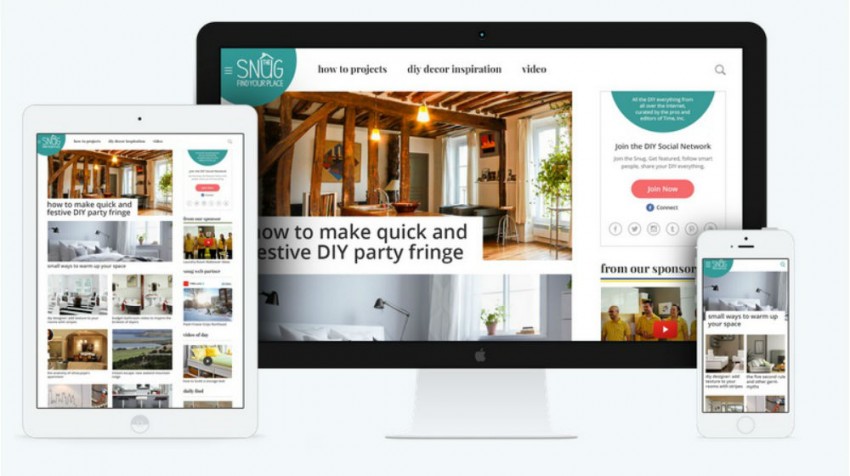 RebelMouse, a content management system designed to enable startups, media sites and brands to expand their online presence across social media, is in growth mode.

Most of the new funding will go toward hiring more salespeople focused on building the platform’s use by household brands and media sites, TechCrunch reports.

RebelMouse has evolved since its debut into a full-blown system for managing content that enables users to supervise their entire social media presence. At its 2012 launch, RebelMouse was positioned as a tool for users seeking to aggregate their social media postings onto one page.

At the time, Gigaom described RebelMouse as a publishing tool that enabled people to create a personal web page consisting of Twitter and Facebook content, Instagram photos and blog posts. It was also described it as “a flexible version of a Tumblr or WordPress site that is easy to configure, allowing users to create a very robust page out of existing and new content.” The degree of personalization the system provided was the most touted feature.

However, founder and CEO Paul Berry told TechCrunch more recently that, from the beginning, he planned for RebelMouse to be much more, explaining:

“We realized that aggregating tweets on a page won’t really go viral.”

A recent New York Times innovation report highlights (PDF) the difficulties of competing today in the face of mobile and social media growth.

“The pace of change requires us to rethink traditions and quickly identify new opportunities to adjust to the massive shift to mobile, the growing importance of social media and other disruptive trends.”

Therein resides RebelMouses’s opportunity — it focuses on providing users with the means to build websites and mobile apps that are “social to the core,” the company’s Website explains.

Other touted features are the platform’s ability to distribute content in various formats, including as ads, newsletters, mobile alerts and more. Additionally, it is positioned as a total content management solution or can complement a company’s existing content management system.

Also on tap from RebelMouse is Rebel X. This feature helps aggregate and push popular content beyond social media platforms. Another, Rebel Roar, maximizes the sharing of content, as well as building online communities.

Most recently, RebelMouse introduced “the River,” which a TechCrunch report described it as “a place where people can track community activity based on the people and the topics that they follow. And yes, it works in mobile apps, too.”

Several secret projects are in the works with brand clients, TechCrunch reports, including something that RebelMouse is working on with GE, which Berry described as “a new content experience…”

RebelMouse is said to power more than 500,000 sites globally. And Fast Company named it number eight on this year’s list of the most innovative companies in social media and advertising.