Sometimes a person who has a good business idea isn’t able to translate it into a successful business. But that doesn’t mean it can’t be done. Rohan Gilkes was not the original founder of Wet Shave Club — a monthly box subscription service sending supplies to those men who prefer old-fashioned, traditional shaves. But he saw the potential in the idea, bought out the original owner, and turned his $4,000 investment into $350,000 in revenues in less than a year.

Gilkes shares with us how he and his team of 4 was able to turn someone else’s good idea into a great business in such a short amount of time. (This transcript has been edited for publication. To hear audio of the full interview, click on the audio player at the end of this article.) 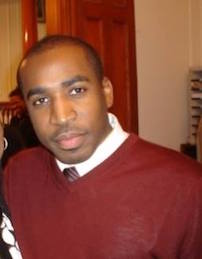 Small Business Trends: Maybe you can give us a little bit of your personal background.

Rohan Gilkes: I’ve been an accountant before I started building businesses online. I felt the urge to control my own life more and find a way to work for myself. I started hanging around blogs so I could learn about Internet marketing and that’s kind of how I got into trying to build businesses online.

Small Business Trends: How did you get started with Wet Shave Club?

Rohan Gilkes: Wet Shave Club was started by someone else about six months before we heard about the business. I was on the Reddit hang around, and saw a thread where this guy wanted to sell it. He had been doing it for some time, and he had gotten it up to about $300.00 per month, and he wanted to sell it because it really was not kind of paying off based on the effort he was putting into it.

Small Business Trends: So you opened a little less than a year ago. You spent $4,000 to acquire the domain and some of the customers — the few customers that he had basically. Where are you today with it?

Rohan Gilkes: We’re going to end this month, which really would be the end of our first year, at around $350,000 in revenue and a little bit over 1,500 customers.

Small Business Trends: That’s really cool. What were some of the important things you had to do at the very beginning to get potential customers on board?

Rohan Gilkes: The first thing we did was take a look at how the website was branded, and redesigned it to make it friendlier and speak more clearly to the customer. And also we redesigned the box as well, expanded the product line just a bit and raised prices. We raised prices by almost three times.

Small Business Trends: Wow … how long did it take for the subscription numbers to start moving up and up and up?

Rohan Gilkes: Another two months or so, because traffic was still low. But we had increased our conversion rates almost by double, so we were in a good position where all we had to do was figure out how to drive as much traffic as possible to the website.

Small Business Trends: What were your conversion rates at the beginning?

Rohan Gilkes: We started very close to 1.5 percent conversions and we ended up just a little bit over three percent conversions. So for every 100 people that come to the website, we can expect three of them to sign up now for our service, which is kind of where you want to be for a regular eCommerce store. And it’s very good for a subscription box because the subscription box offer requires that customer to sign up on a recurring basis.

Small Business Trends: So let’s talk a little bit about one or two of the things that you did to get the traffic up.

Rohan Gilkes: Our main focus was to find the people in the wet shaving community with the biggest followings and get a box of our new branded products in their hand. So if you were some person that led a forum or had a couple thousand Instagram followers or a couple thousand YouTube subscribers and talked about wet shaving we just sent you a box. And so that box may cost us like $10.00, but then based on all the people that would see it and people that trust this person’s recommendations, we were then able to get a boost in subscribers right away.

We then turned to regular social media folks — people that we could start a conversation with and get our brand out there. We ran contests where in order to enter the contest, you would have to tweet about us or you would have to send a message on Instagram or email. So basically we were able to leverage people that were interested in wet shaving and have them share our experience with their friends and their communities.

Small Business Trends: What role did your blog play in getting that traffic up?

Rohan Gilkes: We would post manufacturers’ videos of people that were in the box. We would post reviews of our box as well, and we would post on social media. But people would have to come back to our blog to watch it.

And while there on our blog, a pop up would offer them a five percent discount or something in exchange for their emails. And so we gathered, over time, thousands of emails of people that even if they did not sign up right away, we could re-market to them over and over again.

Small Business Trends: Where are you at today with your traffic?

Rohan Gilkes: We’re probably at about 1,000 visitors per day now, which is great for a small, niche site like ours. And we were able to convert people at a pretty high clip, and people stay on for a long time. And because we have recurring revenue, we can also have a higher customer acquisition cost. So like for a one-time sale on a store, you can’t afford to lose money on the sale. But for us, we could almost lose money on the first box, and make that back in month two and month three and month four and month five and so on.

That allowed us to go into Facebook advertising and go into AdWords and re-targeting and actually spend some money to acquire customers after we did all of this other free stuff.

Small Business Trends: Talk a little bit about what you do to keep them subscribed, and the role of customer service in keeping your customers happy.

We pay special attention to creating a community around our products. So instead of just getting a box every month, we want to create a community. What we did, first in the customer services side, we have an online chat. If you have any problems, you come to the website to chat instantly. We decided against telephones because it introduces a few more difficulties. So we went with online chat and we’re able to solve problems the customers have on the website.

On the community side, we started a Facebook private group for our customers called The Wet Shave Lounge. It’s almost like a VIP focus group where we will post new products before they’re released. We’ll get feedback on past boxes, see the scents that people like and don’t like, and really get to know our members as well as we can which allows us to build deeper relationships and have folks stay with us much longer.