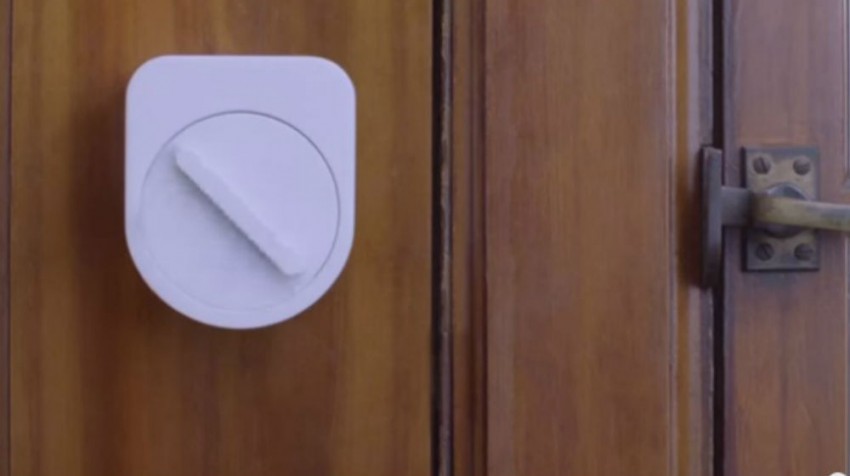 Childhood dreams of magic and treasure aside, even adults would admit that such convenience has appeal. One company is playing on both fantasy and reality with a smart lock that can open a door with a phrase or secret knock.

The Sesame smart lock is the first creation to come out of Candy House. This startup recently came into being from the combined forces of several Stanford University students.

Sesame is a product that is looking to simplify the smart lock. It has a minimalist design that the company claims requires no tools to install. It has what is being called a five-patented design that works with nearly every single cylinder deadbolt in the world.

Candy House is currently running a Kickstarter campaign for the Sesame smart lock. The company has brought in an impressive $910,000 and more in pledges. Sesame’s price point might have something to do with the number of people backing it. It comes in under other smart locks on the market, at just $99 for the base model.

For more information on the Sesame smart lock, check out the Kickstarter video below:

Sesame is simply placed over the top of your existing deadbolt. The device is kept in place with 3M Command tape, capable of holding up to 5 lbs. Since the Sesame smart lock weighs just 5.7 oz., there is no worry of it falling once secured, the company claims.

Easy installation with no need to replace your lock or use any tools is a definite appeal. That’s especially so for those less inclined to be handy or living in apartment buildings who can’t make changes to locks.

Once it’s up and running, the Sesame smart lock is controlled with an app for Android and iOS.

The company boasts that there are a number of ways to unlock your door through the app. The first and probably most basic way is to press a button, but there are more amusing ways as well.

There is a voice command option, so you can literally open your door by saying “Open Sesame” if you really want to relive those childhood fantasies.

The company also claims the app will respond to a few taps on your smartphone. You can even program your own custom door knock that Sesame will recognize.

On its own, the Sesame smart lock only works if you are close to your door. However, if you want to shell out an additional $50 or so, you can get a WiFi access point. The access point plugs into an outlet close to your door and connects Sesame to the Internet. This helps save battery life as well as allowing you to control Sesame from anywhere.