This Hoodie Doubles as a Musical Instrument 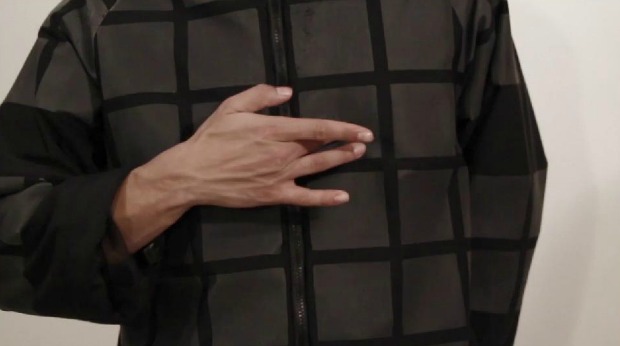 Currently, the wearable tech market mainly features a few smart watches and headgear devices that connect with users’ smartphones. But there are a few tech startups that are working on more specialized wearable tech. One of these products is Showpiece, a hoodie that doubles as a musical instrument.

Here’s a video of the hoodie in action:

Created by Ylenia Gortana musician Birdmask, the hoodie is basically a wearable musical sequencer. Each panel serves as a button that makes a different digital sound or beat.

The average person would likely just create a lot of noise with the Showpiece hoodie. But a trained musician who is familiar with the programming could actually use it to play full songs or musical sets. And while that might seem to fall under the category of “cool but unnecessary,” there could be some actual practical applications for those in the music industry.

Mark Wilson points out in this Fast Company piece:

“The reason why makes a lot of sense: Music may have gone electronic, but we’re lost a lot from live performances as a result. Watching someone huddled over a tiny keyboard MIDI sequencer makes for dull show compared to watching someone leap around stage dramatically with a guitar.”

Wearable tech like Showpiece could lead to some interesting musical performances ranging from professional musicians who sell out stadiums to street performers who collect tips in a hat. Watching someone perform a choreographed routine that utilizes a wearable instrument seems a bit more interesting than watching a guy stand there and press some buttons. And this innovation could offer musicians room for all kinds of creativity.

Wearable tech is offering all kinds of unique opportunities like this. The music industry is likely just one area that could potentially improve thanks to wearables. There are startups coming up with ideas for wearables in several different niches everyday. And they all have the potential to make some big changes.