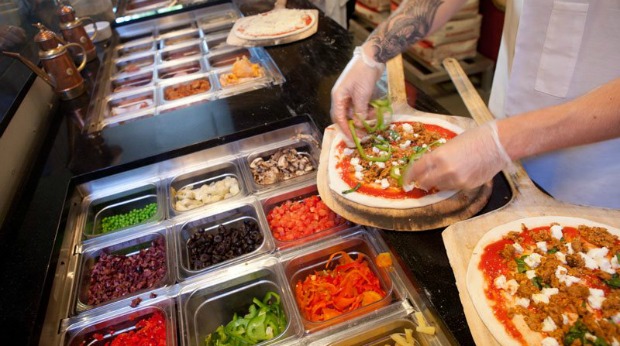 Opening a pizzeria isn’t exactly a novel idea for a business. You can find restaurants that serve pizza nearly anywhere. But one thing you can’t find too often is a pizzeria run by an Italian trained Pizzaiolo and a classically trained chef. That is, unless you are near Persona Wood Fired Pizzeria.

Glenn Cybulski and Joseph Baumel launched their restaurant just a couple of years ago, but they already have multiple franchises in the works. Read about the team’s journey and what sets this pizzeria apart in this week’s Small Business Spotlight.

According to Cybulski, Persona is the only pizzeria with an Italian-trained Pizzaiolo and a classically trained chef at the helm. In addition, the team uses fresh ingredients that are prepped in-house. So, the pizza is truly what sets this restaurant apart from the competition. Cybulski says:

“The fast casual pizza segment has gone from nowhere to seemingly everywhere with head-spinning speed. And while a band of start-ups have debuted in the past few years, our high-quality, Neapolitan pizza is what differentiates us from all the rest. We’ve taken that extra step to make sure the quality is there, and bring the public a truly fast-fired pizza, 90 seconds rather than five minutes.” 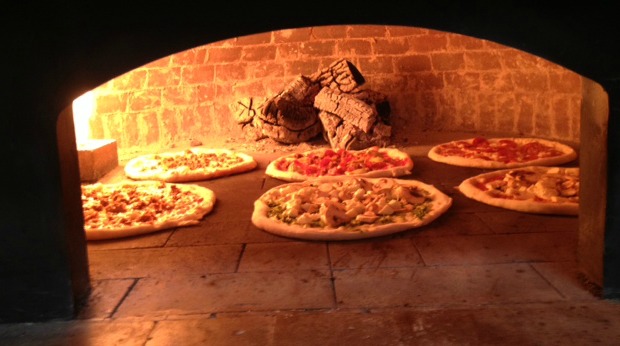 Because of a chance encounter.

“I was giving a speech on, ‘So you want to open a pizzeria?’ at the 2012 Pizza Expo. Joseph, an aspiring restaurateur and recent graduate of the prestigious Culinary Institute of America in Napa Valley, California, was in the audience, looking for a professional that knew what they were doing. He came up to the little pizza shop I had at the time, tried the pizza and said, ‘You have to partner with me.’ I said, ‘I’m willing to do that if you’re willing to go big with this.’ Shortly after, we worked tirelessly to launch our vision and Persona Wood Fired Pizzeria opened its doors for business in Santa Barbara on Feb. 16, 2013.”

Not long after the team launched their franchise opportunity, they signed a development agreement with an established franchiser to develop up to 20 pizzerias in South Florida. Cybulski says:

“Not only did the agreement mark our first major franchising announcement, but it was signed with a 30-year veteran of the franchise industry who already owned and operated 20 SUBWAY and Auntie Anne’s. Attracting a multi-unit franchisee of this caliber confirmed what we knew all along — we had something big and were ready to take off.”

Starting a franchise program after opening just one store.

Many people think it’s best to wait until you already have multiple stores under your belt before opening franchise opportunities. But Cybulski and Baumel knew they had something special on their hands. And the franchise program has been a success thus far. Cybulski says:

“We didn’t think it was necessary to take the long road and invest $5 million into corporate stores and wait two years. In a sense, this is a footrace. The excitement is going to be short-lived in some of the other concepts. You’re already seeing some fall off. But not us. From the very beginning, we knew our concept was going to be a smash hit and change the way people thought about pizza.” 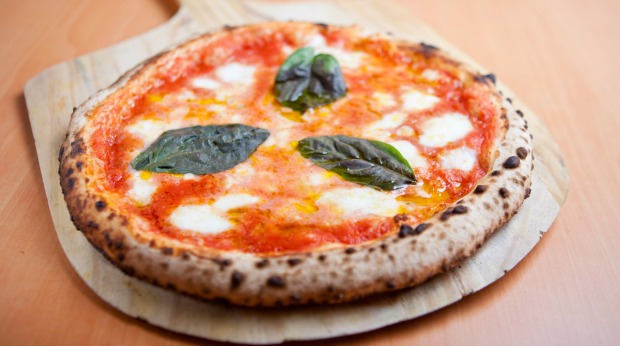 Business knowledge is important, too.

The two entrepreneurs were extremely confident with the food aspect of their business. But if they had to do it over again, Cybulski says they would have partnered with a CEO with franchise expansion experience:

“Our recipes and operations are excellent so what was missing was the overall plan of action that would have assisted in expanding more efficiently.”

Specifically, they would like to hire a full-time social media professional to spread the word about their pizza.