The Unemployment Benefits Employers Have Never Heard Of 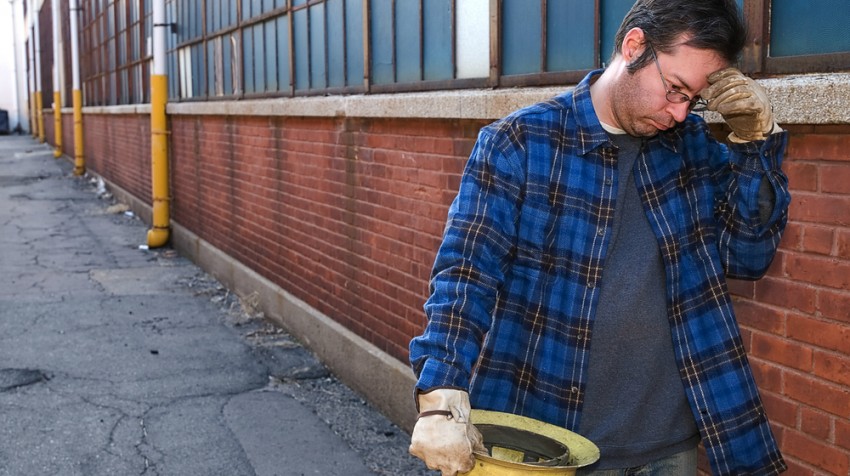 No employer likes to to lay off good employees, even when times are tough, but sometimes it’s necessary.

In states with a short time compensation program (which is about half of them) employees’ hours can be reduced instead, with payments from the state replacing most of their lost wages. STC programs, also called “shared work,” “work sharing,” and “work share,” have been around for decades, but many employers are not aware of them.

The idea is simple enough. For example, instead of eliminating four employees, an employer might reduce weekly hours from 40 to 32 for 16 employees. For their 25 percent loss of hours the state would pay the employees 25 percent of the usual unemployment benefit. Meanwhile, the employer accomplishes the same savings in labor hours.

Unlike regular unemployment benefits, STC benefits have to be applied for by the employer, not the employee. In fact, an employer typically has to create a plan and get it approved by the state before implementing the changes in the schedule.

So what are the advantages and disadvantages of using STC programs?

The Advantages of STC Programs

Those are advantages for the employer. Of course, employees appreciate the chance to maintain their positions and promotion opportunities, as well as having a higher income than they would have if on full unemployment benefits.

The advantages for society and the economy are more stable consumer spending patterns, which may make for milder recessions, lower public assistance expenditures, and fewer new workers being laid off (which keeps their job skills from atrophying).

The Disadvantages of STC Programs

The latter two disadvantages result from the need to cut hours for more employees when using an STC plan versus just laying off workers. But the loss of income may not be severe. For example, if you cut hours by 20 percent and unemployment benefits in your state replace 60 percent of lost income (this varies by state), the net loss to an employee would be 8 percent of income until full hours are resumed (a 20 percent reduction in hours multiplied by a 40 percent loss of income for those hours).

Work share or short time compensation programs are administered by the states, and currently only about half of the states have such programs. But the U.S. Department of Labor has been actively encouraging the development of new STC programs with online resources like these, by providing model legislation, helping to set them up, and by funding them. A recent DOL press release notes that in 2015 there are grants totaling $38 million going to 13 states.

The grants help keep the state programs working, but there’s an additional advantage to Federal involvement. Normally, STC benefits are charged to an employer’s experience rating account the same way unemployment compensation is charged under the state law. That means rates might rise and reimbursements might be required (in some states), the same as if employees were laid off. However, during the time the Federal government reimburses a state for all of their STC benefits, the DOL says “a state may choose not to charge or require reimbursement for the STC benefits.”

At least one state has taken advantage of this. Washington’s Shared Work Program website says, “Benefits paid by the federal government will not be charged to your experience rating account and, thus, will not affect your tax rate.” A “no charge” rule has to be provided for in state STC law, so it isn’t clear how many other states will follow Washington’s lead.

What an Employer Has to Do

For an employer to be eligible for an STC program, the cuts in hours must be in lieu of layoffs. Some states even specify that a plan can’t be used as a transition to a layoff (although how this is determined isn’t clear). Employees whose hours will be cut must (if they were to be laid off) meet the qualifications for regular unemployment compensation. The procedure for an employer typically follows these steps:

In most states, it takes as long as 30 days from application to approval. Once hours are cut, employees receive checks from the state for the reduction in hours. Beyond these commonalities, the states have many different rules and procedures. Here are some of the areas where there are differences:

Minimum and Maximum Reductions: In most states the minimum reduction in hours that qualifies employees for STC payments is 10 percent. The maximum an employer can cut hours varies. Colorado says 40 percent, for example, while California allows a reduction of up to 60 percent.

Fringe Benefits: Some states, like Arkansas, require employers to maintain all of an employee’s benefits at normal levels.

Length of Program: Florida and Washington allow employer STC plans to run for a full year, while most states have a limit of 26 weeks.

Collective Bargaining: Some states, like Maryland and Vermont, specify that a plan must be approved by collective bargaining agents that represent employees.

Where Can Employers Learn More?

While about half of the states have a short time compensation program in place, others have passed STC legislation but haven’t yet implemented their programs. Here are the states that have active programs, with a link to further information for each:

How Employers Feel About STC Programs

How well have the programs worked for employers? Most find them a useful tool. The Department of Labor’s STC website points to a 2012 survey from the state of Washington that found 85 percent of 850 participating employers rated the STC program there as “very positive.” When asked “Has the Shared-Work Program helped your business survive the current economic recession?” 68 percent said “yes” and another 20 percent said “maybe.”

Even in states that don’t offer Washington’s “no charge against UI account” rule for STC payments, the other benefits seem to make these programs attractive to employers. In Missouri, for example, Sunnen Products had this to say:

“The Shared Work Program contributed to our success because when you can keep employees that have been working here for years and years and years and give them something to offset the time when there isn’t work to do, you don’t have to retrain people and it makes it a lot easier for the company. The program is also easy to administer; there wasn’t a whole lot of work to do on HR’s part.”

The Rhode Island Department of Labor and Training says, “Employers agree that these programs make an important contribution to growing their state’s economy and protecting their workers!” And it’s a good bet that employees prefer STC programs to months without a paycheck.

Steve Gillman is a freelance writer, author of, "101 Weird Ways to Make Money" and the creator of Every Way To Make Money. Of the more than 100 ways he has made money, writing is (so far) his favorite.
One Reaction
Leave a Reply Cancel reply
Subscribe
Follow @smallbiztrends
RSS LinkedIn Pinterest iTunes