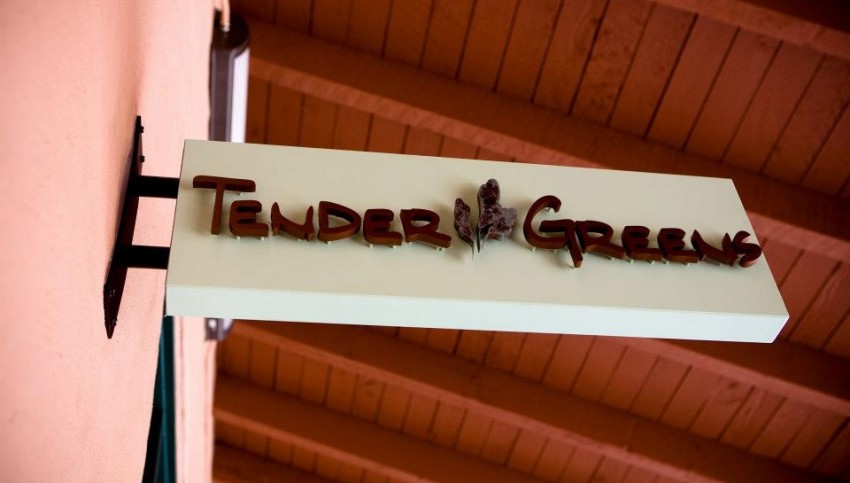 When you dine at Tender Greens, a sandwich and salad restaurant chain in California, you don’t just get to see the food that you and your fellow diners are enjoying that day. You will also find yourself surrounded by the food the restaurant plans to serve in the coming weeks.

The garden allows the restaurant to cut down a bit on food costs, though due to a small location they can’t grow everything they use in every meal. However, thanks to the vertical tower garden, they can grow more than even the founders originally expected. Erik Oberholtzer, co-founder of Tender Greens told Fast Company:

“We’ve always been interested in growing on site. But all of our restaurants are in high-density urban areas, so aside from a few planter boxes we thought there was nothing beyond decorative that we could ever do.”

Eventually, the restaurant would like to source up to 60 percent of its produce from aeroponic and hydroponic systems. Those systems use significantly less water than traditional field farming techniques, which can be especially beneficial given the current drought in California.

Another benefit to the on-site vertical garden is that customers get to see exactly where at least some of the ingredients for their meals come from. Since many consumers are becoming more health conscious and aware of the impact their eating habits can have on the environment, knowing the origins of their produce provides added peace of mind. It can also lead to conversations and learning experiences between the restaurant’s staff and patrons. Oberholtzer said:

“We’re all in on controlled environment agriculture. This sets the occasion for us to have a conversation with our guests around the future of farming and the role that we intend to play in that.”

In the future, it wouldn’t be surprising to see more restaurants take after Tender Greens and start growing some of their own ingredients where customers can see, making them part of the process. The farming techniques in use are still growing and improving. So, on-site produce could even eventually become something that customers expect in a local dining experience.