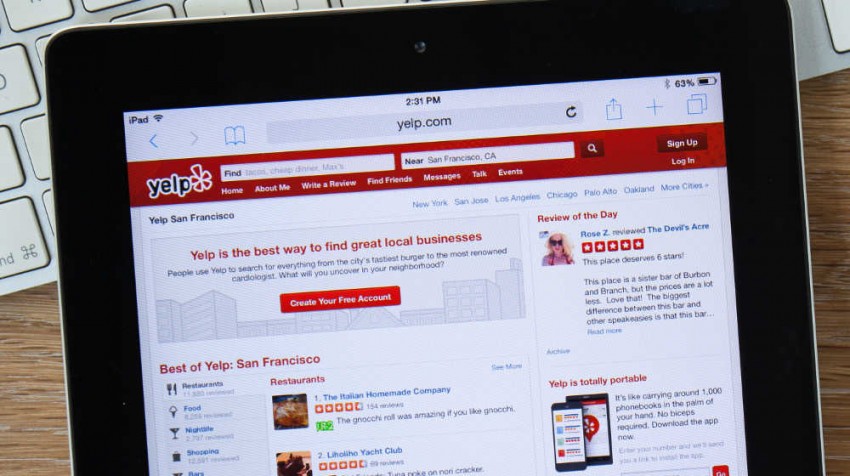 Yelp does not have to identify seven online reviewers who posted critical comments about a carpet cleaning business, the Virginia Supreme Court recently ruled (PDF).

Based on procedural grounds, this ruling is viewed as a big win for Free Speech. However, there are clear implications for small businesses too.

With no single set of laws in place to determine whether anonymous online comments are protected by the First Amendment or not, the landscape is constantly evolving. Small business owners  need to understand privacy laws in the states in which they conduct business.

Virginia courts lack jurisdiction to subpoena Yelp’s data because the information is in California, where the company, an online publisher of crowdsourced reviews about local businesses, is based, the court ruled.

Joseph Hadeed, owner of Hadeed Carpet Cleaning, sued seven anonymous Yelp reviewers critical of his company in 2012. Hadeed alleged that his revenue was hurt because of the comments and that the people posting them were really competitors pretending to be Hadeed’s customers.

Allegations of fake reviews on Yelp are nothing new. In November of 2014, an independent study claimed that 16 percent of Yelp reviews could be fakes. In September 2013, Yelp filed suit against a law firm claiming it had created fake reviews for self-promotion.

Around the same time, the New York Attorney General leveled $300,000 in fines against 19 businesses alleged to have created and disseminated deceptive reviews on sites like Google Maps, Yelp and CitySearch.

In Hadeed’s lawsuit, defendants named “John Doe” were charged with defamation, and Yelp received subpoenas demanding the names of the seven reviewers.

Yelp’s response was that the reviewers had a First Amendment right to post anonymously — unless Hadeed proved they truly were competitors rather than customers. Several of the reviewers tied to the lawsuit filed (PDF) an Amicus brief confirming that they were actual Hadeed Carpet Cleaning customers and that their critical reviews were truthful.

Hadeed actually had won the support of a Virginia trial court and the Court of Appeals, which held Yelp in contempt for failing to reveal the reviewers’ identities. But the business owner ultimately lost his case when the Virginia Supreme Court vacated the lower court decisions on procedural grounds. As state rule stands, the Virginia trial court could not order Yelp, based in another state, to produce the documents, also located in California.

As the blog Socially Aware notes:

“The Virginia Supreme Court did not address the broader First Amendment argument about anonymous posting and noted that it wouldn’t quash the subpoena because Hadeed could still try to enforce it under California law.”

If so, Yelp says it will continue to upload the anonymity of reviewers. On the official Yelp blog, senior director of litigation, Aaron Schur, explains:

“If Hadeed wishes to issue a subpoena in the correct jurisdiction of California, we are happy to continue to fight for the rights of these reviewers under the reasonable standards that California courts, and the First Amendment, require (standards we pushed the Virginia courts to adopt). This case highlights the need for stronger online free speech protection in Virginia and across the country … ”

If Hadeed does attempt to enforce the subpoena in California, he may face the same result, only on different grounds. While Yelp would be subjected to a court’s subpoena power, it likely would find protection in California court rulings which defend anonymous speech under the U.S. Constitution’s First Amendment as well as the state’s constitutional right of privacy.

“There is no uniform rule as to whether companies must reveal identifying information of their anonymous users.”

In 2013, in Chevron v. Danziger, Northern District of California federal Magistrate Judge Nathanael M. Cousins ruled (PDF) that Chevron’s subpoenas seeking information about Gmail and Yahoo Mail users were enforceable against Google and Yahoo, respectively. The subpoenas in this case were not aimed at “expressive activity” but rather sought out subscriber and user information associated with email addresses.

Twitter prevailed in a recent case, last month, when Northern District of California Magistrate Judge Laurel Beeler ruled (PDF) that plaintiffs could not compel Twitter to identify certain anonymous users. Music Group Macao sued the defendants in Washington federal court over anonymous tweets that the company believed were disparaging to its brand, its employees and CEO. The Washington court ruled in the company’s favor, against Twitter. But Magistrate Judge Bheeler concluded that the defendants’ First Amendment rights to speak anonymously overshadowed the company’s need to identify them.

In some states, the bar is even higher for plaintiffs. The Delaware Supreme Court applies one of the highest standards, having ruled that “setting the standard too low will chill potential posters from exercising their First Amendment right to speak anonymously.”

“These cases show that courts are continuing to grapple with social media as a platform for expressive activity … this area of law remains unsettled, and companies with social media presence should be familiar with the free speech and privacy law in the states where they conduct business and monitor courts’ treatment of these evolving issues.”

Ed Lieber is a staff writer for Small Business Trends. He is a journalist and marketing copywriter with 20 years of experience writing, editing and managing for print and digital vehicles.
9 Reactions
Subscribe
Follow @smallbiztrends
RSS LinkedIn Pinterest iTunes