Loyalty Capital: When Your Customers are a Financial Asset 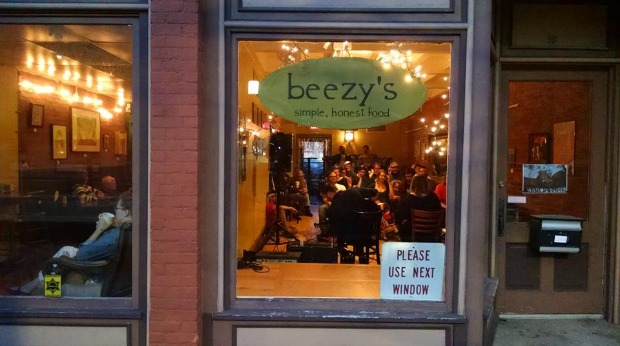 Bee Roll needed money to fund the growth of her business, Beezy’s Café in Ypsilanti, Michigan. She didn’t have any collateral to offer banks in exchange for a traditional line of business credit.

The restaurant, though often packed full of customers and the recipient of many glowing Yelp reviews, didn’t make enough to fund any significant growth. Most of the business’s profits went right back into buying supplies or other small improvements.

But it’s not as though Beezy’s has nothing to offer potential investors. The restaurant has grown an incredibly loyal following. And now there’s a startup that’s trying to monetize that loyalty in the form of business loans.

ZipCap is a San Diego based startup that’s offering what it calls “loyalty capital.” The idea is to support small restaurants, stores and other local establishments with low interest loans based on pledges from their loyal customers.

For Beezy’s Café, the first guinea pig for ZipCap’s loan program, this meant finding the restaurant’s most loyal repeat customers — its “inner circle” — and asking them to pledge to spend a set amount of money over a fixed period of time. In this case, Roll signed up 130 inner circle members who pledged to spend $475 over the following year.

She was able to borrow $10,000 as loyalty capital with a 12-month repayment schedule and an annual percentage rate of 3.99 percent based on those pledges. For Roll, the opportunity should allow her to continue growing a business that has become a mainstay in the community. She told the New York Times:

“I want access to cheap money so I can keep doing great things for the community. When I started explaining the pledge concept, people were like, ‘This is going to help you? Great, I’m in!’ It really makes it clear how vital their support is to us. There’s trust, and an ongoing relationship.”

That’s part of the goal for ZipCap, too. The company wants to help businesses that really impact their local communities stay open and thrive. And for those businesses, finding some loyal customers shouldn’t be too difficult.

To qualify for the loyalty capital program, businesses must be open for at least two years in the same location and sign up at least 100 inner circle members. It’s still an experimental program, so the amount it is willing to loan based on inner circle pledges might change based on the outcome of loans to businesses like Beezy’s Café.

However, loyal customers are incredibly important to the success of businesses. So, if ZipCap is able to accurately assess the value of having such customers, it might just be a system that works out for both the businesses and lenders.