Don’t Get Stuck With Your Employee’s Student Loan Debt 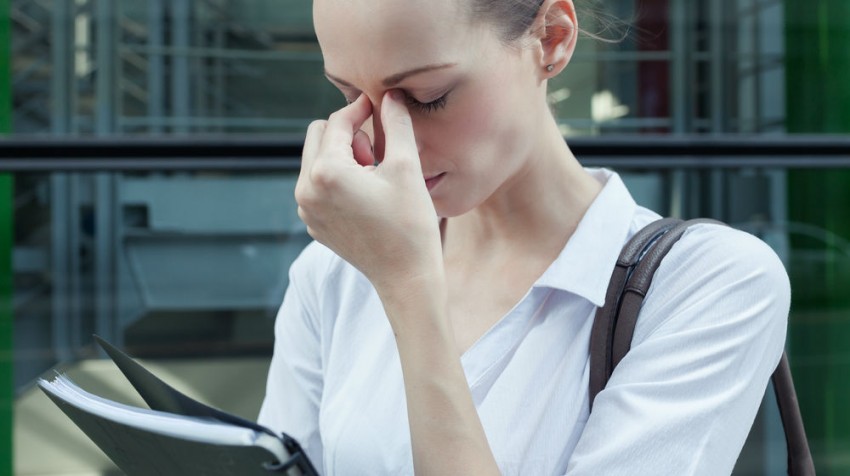 Did you know that some of your current or former employees may have outstanding student loans that you can be on the hook for?

Federal and state laws penalize employers that do not comply with wage-garnishment orders. That’s right. You can be sued for the amount of a loan that an employee owes. Interest and attorneys’ fees can also be added to the amount of the defaulted loan. And although it happens rarely, you may actually be found in contempt of court … and potentially put in jail.

You face this spectrum of risks if you’re a sole proprietor — that is, an unincorporated business owned and run by one individual.

Ultimately, however, “the burden of the [wage garnishment] collection falls on the employers to make sure the garnishment is taken care of in payroll,” Jason Erb, director of strategic alliances for small business at CT, told Small Business Trends in an exclusive interview.

CT would know. The company offers incorporation, registered agent and other services for small businesses. Established more than 120 years ago, it has the largest team of compliance specialists in the U.S. as well as about 1.6 million clients. CT has a presence in every state.

Right now the U.S. has about 18 million sole proprietors, which translates to roughly 80 percent of small businesses nationwide. That’s a lot of companies at risk of defaulting on wage-garnishment, which has been on the rise for years, Erb said.

“Since 2008 we have been seeing a large rise in garnishment,” Erb said. He described the trend as part of the fallout from general economic conditions. “The world gets tighter and it gets harder to pay back your debts.”

Of all the loan debt you could be liable for, student loan debt is the largest.

This month around 1.8 million students will graduate with a bachelor’s degree from an American college, according to the National Association of Colleges and Employers. This adds hundreds of millions of dollars to the grand total of $1.31 trillion in outstanding student loan debt in this country.

The Department of Education reports that $1 billion has been collected each year over the past several years through garnishment, a 40 percent increase since 2006.

Only about 63 percent of student loan borrowers seem to have avoided delinquency or default, according to a New York Federal Reserve study that also noted:

Erb himself was once a small business owner who collided with a considerable garnishment-related issue. He’d founded a consulting firm in New York and one year was liable for more than $10,000 in ungarnished wages for a former employee.

“He was already gone. I should have known better,” Erb said.

He described federal and state garnishment legislation is a “complex web” that could cost a “significant” amount of money.

Garnishment orders are typically delivered to businesses via their registered agent, which is tasked with ensuring the client company is in compliance.

Erb in fact tells his sole proprietor clients to go all the way, meaning not only hire a registered agent but form an LLC or incorporate.

“This will give you extra protection against liability,” he said. “As an Inc., you have to have a registered agent.”

Otherwise, “it’s on you as the business owner.”

“No matter how small your business is, with issues like wage garnishment you are playing in the same league as a Johnson and Johnson.”

The related fees are not that significant, Erb said, especially when compared to what you without a registered agent.

“As a sole proprietor, whatever liability hits the company hits you because you are your business.

“I always tell people do the extra step—do it right at the beginning. Use a reputable third-party agent. Don’t use your lawyer or CPA,” he added.

Erb said he’s heard “too many stories” about people working hard to grow their own business only to be sidetracked by one of these thorny issues that can severally sideline.

“Even if you’re by yourself and just starting out that is your personal income at stake,” he said.

Bolstering your HR person or staff is not the answer either because directly raising the issue of student loan debt may put you at odds with certain laws, depending on your state. Also, the employee may not even know there is a garnishment order hanging over his or her head.

If you think you can nip this entire problem in the bud by not hiring college students, think again.

“It’s not just the younger students coming out of school who are defaulting,” Erb said. “Anyone with a student loan debt that hasn’t been paid” will be subjected to wage garnishment.

“The problem is not going to go away,” Erb said.

CT’s website offers further information about hiring a registered agent, as well as how to incorporate.