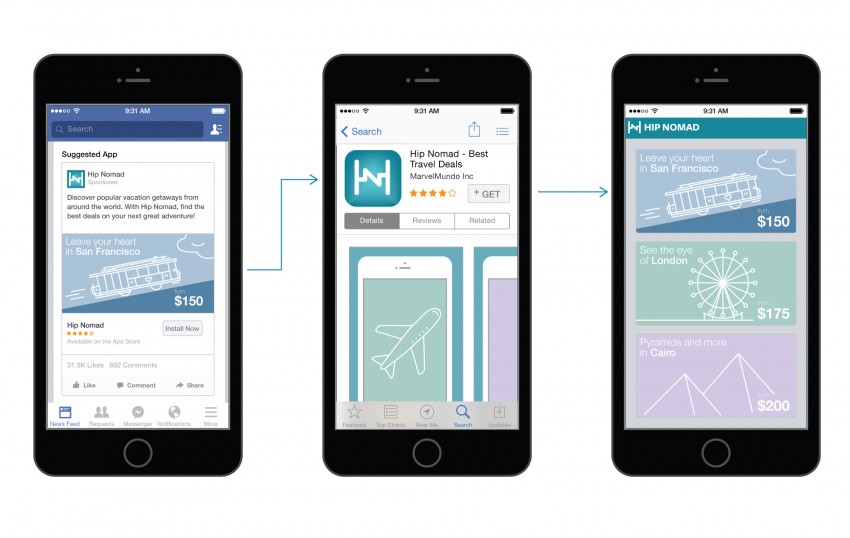 Facebook has announced some good news for developers and advertisers. The company is extending its Facebook deep linking capabilities to include mobile app install ads. This means you can now choose what information page people are sent to when they open a downloaded app for the first time.

Facebook is saying the new deep linking extension will provide a more seamless customer service experience. This is because customers can be directed to a specific place in an app, like the page for product that caused them to click the ad in the first place. Up until now, clicking on an ad simply led you to the app’s home page instead.

This boosts the chances customers will use the apps after they have installed them rather than forgetting why they bothered downloading them in the first place. Deep linking removes some of the steps customers have to take to boost the chances of achieving ad goals beyond the initial install.

Facebook began experimenting with running ads on third party apps last year. The move was an attempt to increase the reach of the company’s own advertising network and to assist other app developers with monetization.