This Food Truck Sets Up Shop in Gym Parking Lots 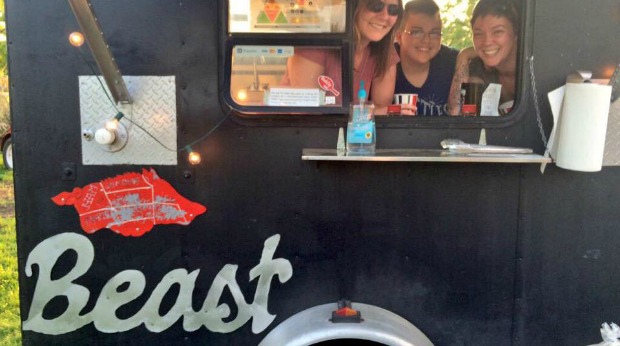 The importance of a good location is one of the first things that many business people learn. But what makes up a good location can be different things to different businesses. It’s not always just about being centrally located or getting lots of foot traffic.

For example, the parking lot of a gym would not necessarily be appealing or effective for a high-end restaurant. It is, however, the perfect spot for a food truck that specializes in paleo options.

If you’re unfamiliar with the paleo diet, it’s basically the opposite of what you might expect of food truck cuisine. Gwen Jones, owner of the BEAST Food Truck in Little Rock, Arkansas, told Small Business Revolution:

“Paleo is no gluten, no grains, no processed foods. You shop on the outer rim and don’t go down the aisles. It’s no dairy, no soy, and it’s locally sourced. It’s grass-fed and finished beef. It’s pastured pork. It’s chicken that was actually raised in the sunshine. It’s meat and ingredients that aren’t really messed with. It’s things that you find in nature. It’s what your ancestors ate. That’s the idea behind it.”

This health-conscious cuisine is most likely to appeal to health-conscious consumers. And gyms are likely to be pretty full of such consumers. So, Jones takes her food truck to various CrossFit gyms, farmer’s markets and similar locations around the Little Rock community. She posts the truck’s weekly schedule on social media platforms. And so far, the business seems to have built a fairly loyal following.

In addition to serving natural, protein packed meals, Jones also sources the menu’s ingredients from local farms, and even works on some local farms a few days a week. She thinks it’s important for people to know exactly where their food comes from. She even believes improving her diet contributed to her ability to beat cancer a few years back. And Jones’s customers, since she’s positioned the business to appeal to a very particular clientele, are likely to also care about the sources of their food as well.