Fraudulent DMCA Takedown Requests: Finally, a Lid on Them? 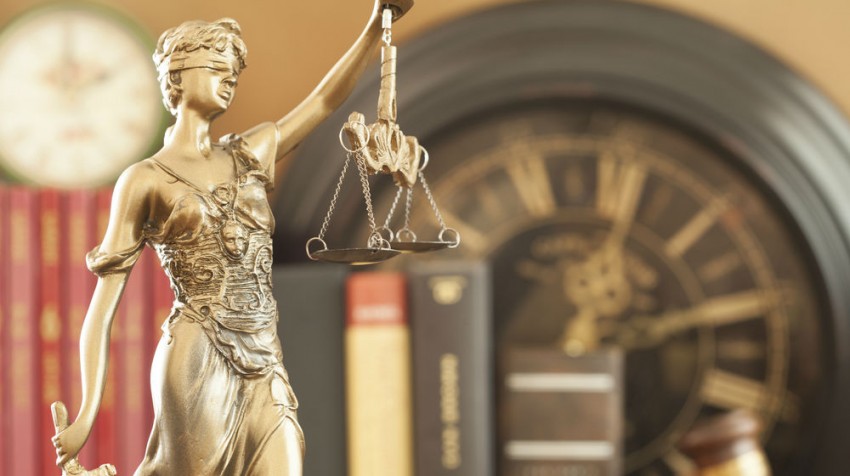 Critics have charged that the Digital Millennium Copyright Act (DMCA) has been used as a tool of abuse.  Fraudulent claims of copyright infringement have been a major problem with the DMCA Act, according to some.

However, a recent California district court ruling is a step in the right direction to finally put a lid on fraudulent DMCA takedown requests.

Or at least, that’s what observers are hoping for.

The case, called Automattic vs. Steiner, awarded over $25,000 in damages against a group that filed an unfounded DMCA takedown request.  It puts some teeth in the law, because it’s one of the few, maybe only, times damages have actually been awarded against abusers.

Enacted in 1998, the DMCA requires Web content to be “taken down” if it infringes on someone else’s copyright.

There’s certainly a good side to the DMCA. The Act helps a content owner whose content has been stolen or republished without permission. It quickly forces removal of plagiarized or infringing content.

But what if you are on the receiving end — and haven’t done a thing wrong?

Unscrupulous competitors or people with an ax to grind have played dirty at times. They have used the law to harass or get back at their enemies or try to censor views they don’t agree with. They do this by lodging unfounded infringement claims in the form of “DMCA takedown requests.”

Social platforms like YouTube, hosting companies and search engines have to follow the law. They may have no choice but to take down the content, remove it from search results, or suspend Web pages.

What makes it seem so unfair is that this can happen without the site owner having a chance to defend against or refute claims, until after the fact.

It’s as if a neighbor you have a beef with could call the police to close down your business, merely on his or her say-so.  Then the burden is on you to somehow prove that you didn’t do anything wrong, and get it up and running again.

It’s all because of the way the DMCA law is written.

As Mike Masnick of TechDirt once noted, Google’s own data supports how the DMCA is being used as a commercial bludgeon:

“Google notes that more than half (57 percent) of the takedown notices it has received under the US Digital Millennium Copyright Act 1998, were sent by businesses targeting competitors and over one third (37 percent) of notices were not valid copyright claims.”

And the numbers of takedown notices have soared in recent years.

Google publishes a Transparency Report of DMCA takedown requests it gets.  This graph shows the growth of the number of infringement claims just in the past four years: 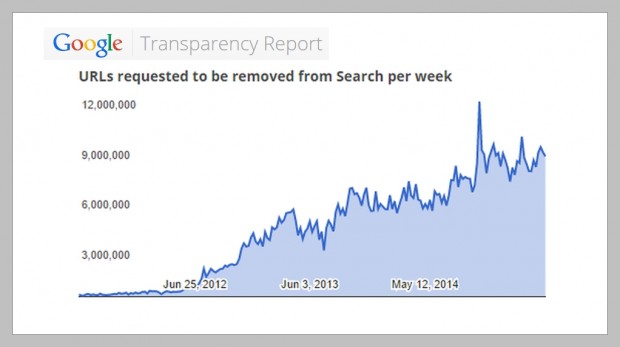 Google says in the last month alone, it received notices on over 36 million URLs that allegedly link to infringing content.

Under the law, Google doesn’t get to decide whether the claim is baseless or not. It can only determine whether the notice on its face meets the DMCA’s requirements.

If it does, Google de-indexes the content. And it does so fast — within six hours on average.

On its Copyright Center, Google states:

“Google isn’t able to mediate rights ownership disputes. When we receive a complete and valid takedown notice, we remove the content as the law requires. When we receive a valid counter notification we forward it to the person who requested the removal. If there is still a dispute it’s up to the parties involved to resolve the issue in court.”

In other words, if it’s your website or Web page that’s been de-indexed without good reason, it’s your problem.

You may be forced into the expense and hassle of taking the complaining party to court — instead of the other way around as our legal system normally requires.

While all of that is happening, you’re nowhere to be found in Google.  You’re losing business.

And it’s not just search results you have to be concerned about.  Blogging platforms and social media platforms also have taken down blogs, videos and other content.

Hosting companies also are subject to the DMCA.  They too have been known to suspend pages or even entire sites.  (Plagiarism Today explains the process.)

Over at TechDirt, a site covering copyright issues, hardly a week goes by without a new story about abusive DMCA complaints. Some are breathtakingly brazen.

That’s what makes the Automattic vs. Steiner case so interesting.

The case, decided in March 2015, held that someone filing a knowingly unfounded DMCA takedown request is liable for the other parties’ expenses and damage.

Liability for damages has always been in the DMCA law.  That part is not new.

What is new is that this case is one of the rare times a court has actually granted a substantial dollar amount.

Jack Greiner, a lawyer with the Cincinnati-based Graydon Head law firm who writes for Enquirer Media in First Amendment and media issues, described the decision as “the first and most clear explanation of the available damages.”

In the case, Nick Steiner, an official with a group called Straight Pride UK, sent a press release to a blogger who had requested information.  The blogger incorporated parts of the press release into an unfavorable blog post.  Steiner then issued a DMCA takedown request to WordPress.com, where the blog was hosted.

Automattic Inc, which runs WordPress.com, effectively said ‘We’ve had it up to here with these unfounded DMCA claims.’

In March, U.S. District Judge Phyllis J. Hamilton granted a judgment in favor of Automattic and the blogger for their expenses and time spent fighting the takedown notice.

Straight Pride UK no longer seems to exist, however. Therefore, the $25,000 awarded to the plaintiffs may never be collected.

Still, the ruling “sets a rare precedent against attempts to use the [DMCA] to take content offline,” the Guardian noted.

First, this court case may make unscrupulous competitors and grudge holders stop and think before filing unfounded DMCA takedown requests.  If requests are not based on justifiable reasons, it could cost the fraudsters in damages.

Second, because a big player like WordPress.com decided to weigh in, it means more small businesses may have allies to fight fraudulent claims.  As a WordPress.com representative wrote, the company plans to battle DMCA abuses:

“Until there are some teeth to the copyright laws, it’s up to us — websites and users, together — to stand up to DMCA fraud and protect freedom of expression. Through these suits, we’d like to remind our users that we’re doing all we can to combat DMCA abuse on WordPress.com … and most importantly, remind copyright abusers to think twice before submitting fraudulent takedown notices. We’ll be watching, and are ready to fight back.”