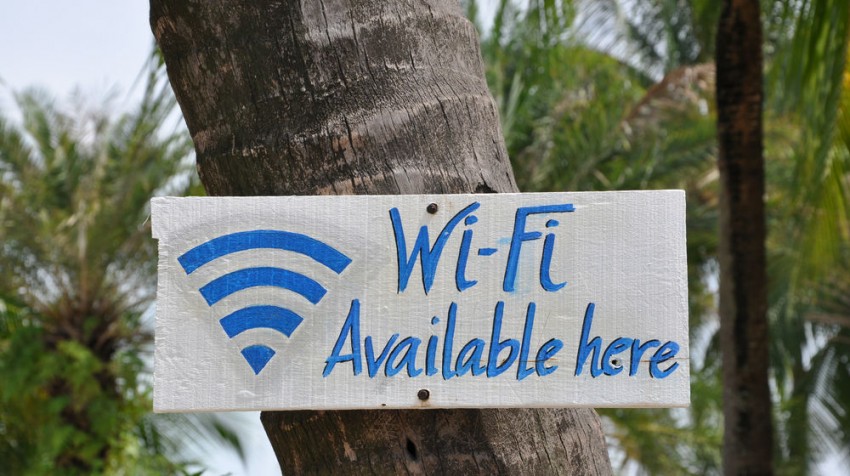 One reason behind the emergence of small businesses is the presence of Web tools and technologies that have been functioning as their leverage. Even though the list of such technologies doesn’t include WiFi, a small business can think of investing in it.

The use of WiFi is no longer restricted to Internet connectivity. Nowadays, WiFi appliances are in the pipeline to enter into our homes, not in the form of Smartphones and other gadgets, but as coffee machines, washing machines and dryers. Such technologies have already started to put in appearances. In early 2013, Qualcomm introduced a coffee machine prototype. The machine lets anyone order a cup of coffee with a Tablet. As soon as the coffee is ready, the coffeemaker is notified.

Samsung introduced a WiFi enabled washing machine in 2013 that runs on a Mobile application. The machine is called Samsung WF457 and it offers customized cleaning solutions.

It’s intelligent enough to discriminate between different types of fabrics and different stains. The best part is the machine could be activated by simply installing an app on your mobile and reconfiguring the washer and dryer settings.

Samsung doesn’t qualify as a small business and neither does Qualcomm. So, you might wonder what bearing the doings of these tech giants have on small businesses. Here’s the answer: when these futuristic technologies become commonplace in the industry, their production, distribution and other costs related to marketing will shrink.

My hunch is the day is not far ahead, and so small businesses that aim at prospering in the electronic appliance niche should start preparing themselves now.

WiFi has added a new dimension to pet tracking. Americans love their pets. There are nearly 170 million pets in the United States. Their health and well-being concern their owners, but not as much as the possibility that they may get lost and never return. Pet owners think of ways to prevent this from happening.

Most pet trackers are equipped with GPS technology, which locates a pet in case it is lost. WiFi-enabled trackers, on the other hand, almost nullify the odds of the pet getting lost.

Pet trackers create a perimeter and, the moment the pet steps outside of it, sends alerts to its owner. As for tracking the pet’s activities, the collars store all the activity details and, through smartphone apps, the owners can have all the information synced for easy access. The WiFi pet-tracking market is flourishing and small businesses can enter into it to squeeze the opportunities.

A small business can offer its WiFi hotspot to pet owners on a paid basis. It can even work on the pet tracking hardware and develop mobile apps that run those hardware.

Don’t get startled. At the 2014 SA Style Awards, a WiFi-enabled dress was showcased. The fascinating thing about the dress is it changes colors on its own, depending on the geographic location where it is being worn. The dress was designed by MWEB, the second largest Internet service provider in South Africa.

Apart from fashion, the dress also functions as a WiFi hotspot, which means when (and if) the market becomes ripe for such dresses, then a user won’t need any WiFi hotspot to connect to the Web as she’d be able to use her own clothes for connectivity.

The technologies used to develop a WiFi-enabled dress are not open to all at this moment, which means small businesses can’t aim at the wholesale production of those dresses.

But in the future, they will be able to. If they ready themselves now, then they’ll have the first mover advantage, which is quite an edge in a competitive scenario such as this.

In a nutshell, WiFi offers a range of opportunities and if small businesses can’t keep their vigilante eyes open, then they’ll surely miss out on them.

Steven Scheck is the Principal of Inspire WiFi, the nationwide leader of WiFi networks for the multifamily, hospitality and healthcare industries. He is also very involved in philanthropic causes in Miami and nationally.
4 Reactions
Subscribe
Follow @smallbiztrends
RSS LinkedIn Pinterest iTunes