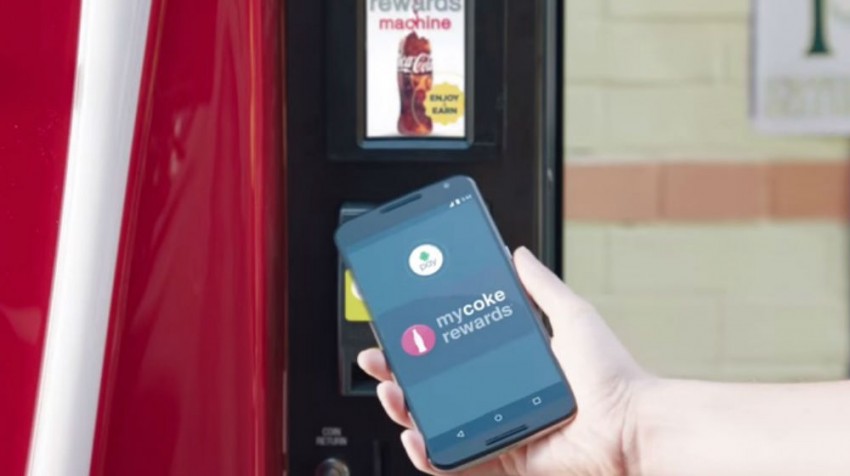 Mobile technology is one of the fastest growing industries. And all of the new tools, features, and mobile devices can certainly have an impact on small businesses. This week, Google announced a couple of new features that are sure to do just that.

First the search giant is moving forward with Android Pay, a new mobile payment system to compete with Apple Pay. It also began offering app indexing for iOS apps, a search feature that was previously only available for Android apps.

These headlines and more are included in this week’s Small Business Trends news and information roundup. Read on for the full list.

Android Pay is Coming — Are You Ready?

It seems Apple won’t be the only company offering a tap-and-pay feature on its smartphones. Now, Android users will be getting their own tap and pay feature. Google has announced Android Pay will soon be coming for Android smartphones and devices. With Android Pay, users will be able to pay for transactions simply by using their mobile devices.

Here’s some good news for iOS app developers. For some time now, Google has offered App Indexing for Android apps but now the company will bring indexing to iOS apps as well. App Indexing is a service that allows deep links to Android apps to appear in Google Search results. The same now goes for iOS apps.

Light Phone: A Mobile Phone that Only Makes Calls, Nothing Else

There’s another way to go in the mobile technology race. In a market full of feature-rich smartphones, Light Phone offers something different — it lets you do nothing but make and answer calls. Light Phone is a mobile phone that only makes calls, plain and simple. (OK, it keeps time, too.) It has no browser, no NFC, offers no games or apps, and doesn’t even text.

If your smartphone can use WiFi to send texts, make calls and run apps, then why should you be paying for your mobile phone service? That’s what Scratch Wireless is asking. The mobile phone startup has set out to build an entirely new phone company from the ground up offering a unique way to save money on your mobile data plan.

Last month Facebook rolled out its new video calling feature, aptly named Facebook Video Messenger, to 18 countries around the world. Now the company has opened up the capability globally, with the exception of just a few countries.

Loyalty Capital: When Your Customers are a Financial Asset

Bee Roll needed money to fund the growth of her business, Beezy’s Café in Ypsilanti, Michigan. She didn’t have any collateral to offer banks in exchange for a traditional line of business credit. The restaurant, though often packed full of customers and the recipient of many glowing Yelp reviews, didn’t make enough to fund any significant growth.

Meet the Tylers: A Family Business Gives Voice to its Community

Meet Lamar and Ronnie Tyler (pictured).  The husband and wife duo have been named to Ebony Magazine’s Power 100, along with such luminaries as President Barack Obama and Beyonce Knowles. The two left successful corporate careers a few years ago to grow their fledgling hobby-turned-side-business, into a full-time business. And grow it, they have. Impressively.

Get Some Motherly Insights About Your Website with this New Service

Beauty is in the eye of the beholder. And so is the user-friendliness of your website. Some professional Web designers and developers might find a site incredibly easy to use and straightforward. But the average person might just find a confusing jumble.

Is Influencer Marketing a Trendy or Smart Strategy?

Around 2003, many businesses were built by buying pay-per-click (PPC) ads on the cheap. A similar opportunity exists today, but this time around, social media influencer marketing is the trendy strategy. It’s a strategy to which advertisers — including small businesses — are paying close attention.

There are, quite literally, thousands of academic studies that examine why people want to run their own companies. So it’s unusual to come across a new paper that takes a novel enough angle on interest in entrepreneurship for me to write a post about it. But here’s a new explanation from a recent article in the academic journal, Entrepreneurship Theory and Practice.

Imagine being able to make a living combining your greatest passions and a great business opportunity. Thanks to sites like welovefine, artists are able to create fan-made, original pieces based on well known franchises, like Star Wars and start their own licensed merchandise business.

Network cable and WiFi solutions might not seem like the most interesting or dynamic products. But they are pretty essential to running a business. In the Cleveland area, small businesses and other customers can turn to another local business for their cable and WiFi needs.

It’s become common practice for many consumers to upgrade to the newest smartphone only a year or two after the purchase of their last one. While having the latest and greatest phone is important to many, the quick turnover can cause some perfectly good hardware to go to waste.