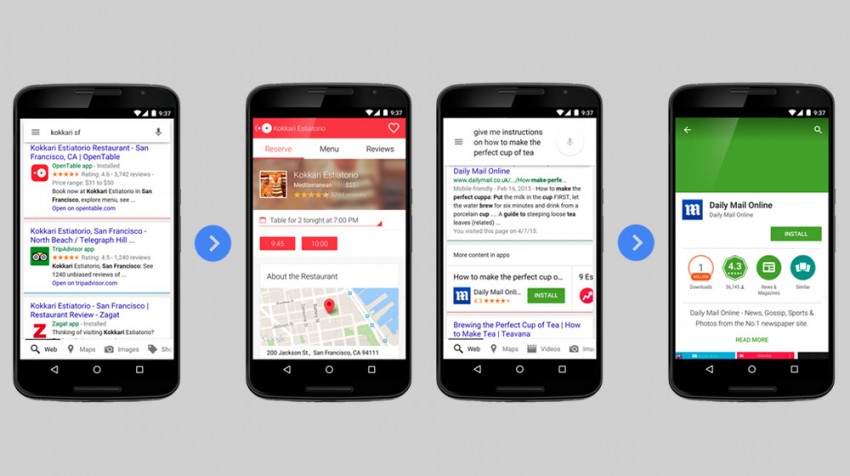 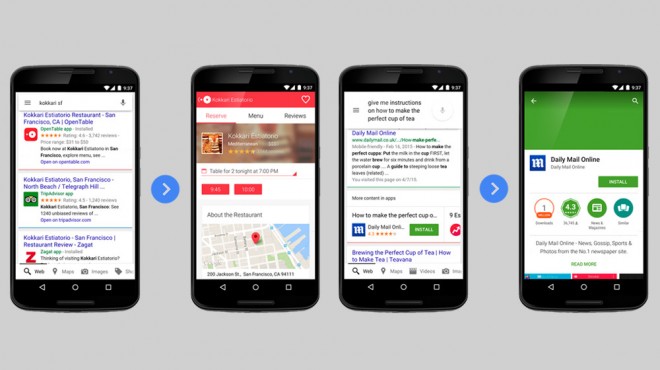 For some time now, Google has offered App Indexing for Android apps but starting today Wednesday, May 27, the company will bring indexing to iOS apps as well.

App Indexing is a service that allows deep links to Android apps to appear in Google Search results. The same now goes for iOS apps.

When a result is clicked on a mobile device, the app will open to the specifically desired content. If users who click the Search result don’t already have the app installed, they will instead be directed to the Play Store page for the app.

Google claims these two features of App Indexing can increase your app install base as well as help drive usage of your app.

Not all iOS apps will be able to get in on App Indexing right out of the gate. Instead, Google has said it will be working with an initial group of test partners. These apps will start appearing on iOS search results both in the Google App and Chrome for signed-in users globally in the coming weeks.

If you are an iOS app developer and want to become a part of App Indexing, Google has an App Indexing iOS Interest Form you can submit. Not all applicants will get app deep links in iOS search results, but you can give it a shot.

Google gives a list of steps app developers can take to prepare for deep linking. This could boost chances of becoming a part of App Indexing.

Google will be providing more information on App Indexing at the Google I/O conference taking place this week. If you happen to be attending Google I/O you can stop by the talk “Get your app into the Google index,” on May 28.