Looking for a Franchise? Become a Home Healthcare Entrepreneur 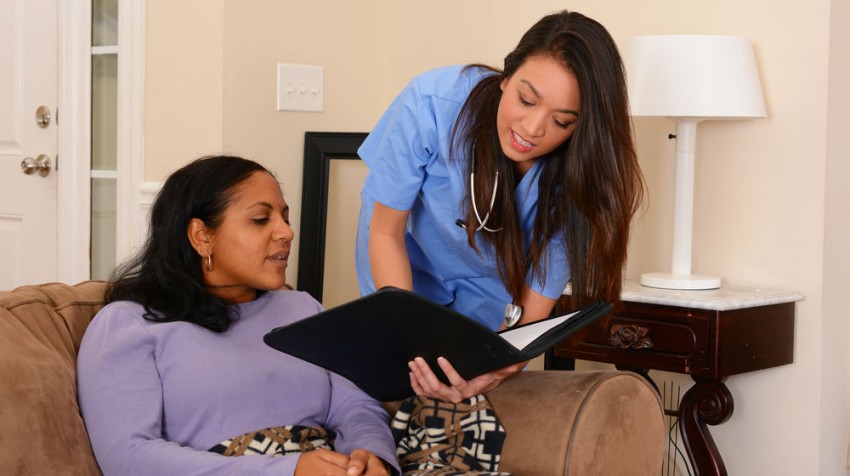 Seniors today are showing a propensity for in-home healthcare compared with other available options, such as living in a nursing home or assisted-living facility.

This inclination for home healthcare has not gone unnoticed by entrepreneurs who are banking on filling this sizable demand, which is expected to grow significantly in the coming years as the massive baby-boomer generation starts moving into retirement.

Today some 4,500 franchised home healthcare entities exist in the U.S., according to Richard Ueberfluss, who runs an Assisting Hands Home Care franchise and also serves as a Chicago-based regional franchise director for the company.

This, he added, makes home healthcare the fastest growing business in the franchise industry.

In 2009, the market reached sales of $72.2 billion. And all signposts indicate market demand for home healthcare overall is still in its early stages.

“We are only at the beginning of the ‘silver tsunami’ of aging baby boomers,” Ueberfluss told Small Business Trends in an exclusive interview.

In fact, the home healthcare business has been growing since 2010, not even counting boomers, who are expected to retire within the next 5 to 10 years, he added.

The Assisting Hands franchise offers a range of in-home healthcare services with an emphasis on non-medical healthcare. Although former healthcare veterans seem to be the ones launching many of these home healthcare outfits, you don’t need any healthcare experience to capitalize on this trend by opening a franchise.

Even though the baby boomers are years away from joining the in-home healthcare market, the business opportunities are sizable. According to the National Institute on Aging, 25 million U.S. residents will reach ages 65 to 74 this year, of which about 70 percent will require some kind of long-term care.

In addition to catering to elderly clients, these businesses are also offering the government and healthcare industry assistance by helping to offset costs, Ueberfluss added.

One example: home healthcare is viewed as a viable alternative to lengthy hospital stays in some cases, especially following new Medicare mandates that levy fines against hospitals when patients are readmitted within 30 days of a previous stay.

To open your own Assisting Hands Home Care franchise, you are required to have a net worth of at least $200,000 as well as experience in business sales or management.

“Our typical candidate is a VP-level sales executive who is disenfranchised with the corporate world and wants to strike out on his own,” Ueberfluss said. “This business is generally non-medical — you are trained for everything.”

So far, Assisting Hands franchises number at around 80 throughout the U.S., with a concentration in Florida, Arizona, Texas, California, New Jersey, and Chicago. One franchise is located in Canada.

Under the Assisting Hands model, owners can benefit from as many as five revenue streams, Ueberfluss said.

The bulk of revenue stems from what’s called private duty healthcare (which is non-medical in-home care). “That is the majority of our business,” he said.

Next is providing skilled home healthcare workers, such as nurses. Some forms of insurance cover some in-home services, Ueberfluss noted.

The third revenue stream is case management, which basically means assisting clients in the managing of their healthcare. For example, caregivers can provide assistance picking up medication or when an elderly person’s family is out of town.

Fourth is medical staffing, such as helping local hospitals in need of extra nurses.

“A lot of our clients need in-home healthcare products,” Ueberfluss said. These are typically non-medical devices that are not covered by Medicare, such as a raised shower chair.

Ueberfluss has been seeing particularly strong demand for products such as slip-and-fall alerts and video monitors, he said.