How Investing in Broadband Can Improve Your Business’s Bottom Line 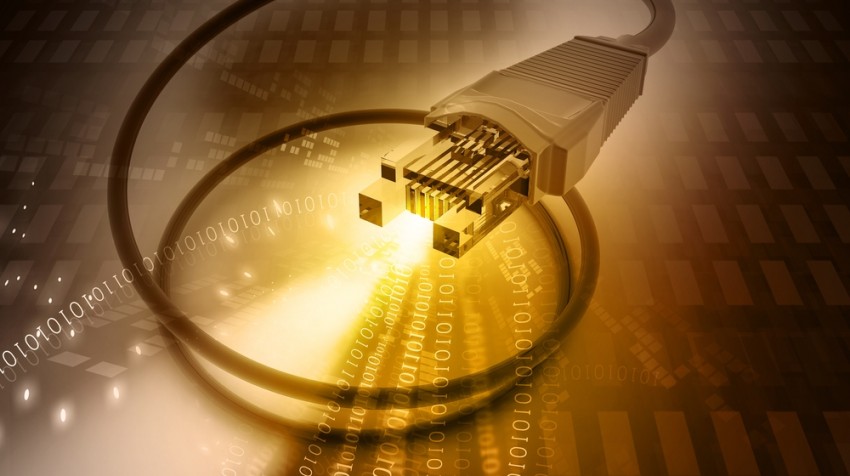 You might think you have high speed Internet, and your provider may boast about how fast it is. But is it fast enough to be called “broadband?” Maybe not, and that slow connection can hurt your business.

This year the FTC redefined broadband as a minimum of 3 Mbps upload speed. That 25/3 standard replaces the previous 4/1 standard, in order to reflect today’s heavier data transfers. This means current DSL plans may no longer be called broadband.

Of course broadband is more expensive, so you might be tempted to save money with a slower service. But paying a little more can actually save money and add to the bottom line. In fact, there are a number of ways truly high speed Internet improves business.

Research related to Internet speed usually looks only at how website loading times affect sales. For example, it was recently determined that Amazon might lose 1.6 billion in sales from a one-second delay in loading time of pages.

But the other side of that equation is the cost in time and money. According to a 2014 survey by the Pew Research Center, a whopping 94 percent of jobholders are Internet users. And of those, the majority (54 percent) say the Internet is important to doing their jobs — more important even than their phones.

We’ve all spent time waiting for pages to load, and time is money. If you or your employees spend half of each day online doing research, accessing systems or dealing with customers and vendors, that amounts to 4 hours per day. If 5 percent of that time is wasted due to slowness, over a year’s time that’s 50 hours per employee. If 10 percent is wasted, it’s 100 hours per year per employee. Add it up and it could be many thousands of dollars lost.

You might also spend time watching as files take forever to upload or download. There is little in the way of productive work you can squeeze in during these annoying waits. All that inefficiency has a cost, and the simplest solution is a faster internet connection.

One estimate (PDF) from the World Health Organization suggests that stress costs American businesses $300 billion annually. Why add to your own or your employees’ stress level with a tediously slow Internet connection?

For that matter, why add to your customers’ stress? The last thing a customer wants when he calls your company is to sit there frustrated, waiting for a resolution to his problem, while you explain that your computer is slow today.

When you have multiple users your Internet speed can slow down, because the total bandwidth is shared between them all. This is especially noticeable if you use wireless, and with any connection that’s slower to begin with.

For each concurrent user, and each concurrent device and activity, demands on your connection quickly add up. If your business is trying to get work done with multiple users doing multiple activities and running multiple devices at the same time, a slow speed of say 10 or 15 mbps won’t be nearly enough.

Keep in mind, the FCC Guidelines are just minimums. As the FCC notes, “Additional speed may enhance performance.”

The solution is simple: Get a faster plan.

As SpeedGuide explains, “If you share a high-speed broadband Internet connection you will very rarely notice additional computers.”

Many business and tech writers have touted the business benefits of using the cloud. But cloud computing means constant uploading and downloading, and that can take time, especially if you have a slow internet connection.

In fact, a white paper from Integra says, “45% of organizations cite bandwidth requirements as a barrier to cloud adoption.” By now you know the solution to that problem.

You usually hear about download speed when Internet plans are discussed or advertised. But it also matters how fast you can upload your files, photos, and other data for all the same reasons mentioned so far (efficiency, less stress, ability to handle more users, easier use of cloud computing).

Until this year a service could be called broadband with just 1 Mbps upload speed, but that can be pretty slow. Now the standard is a minimum of 3 Mbps per second upload, and most business plans are substantially more than that.

The efficiency gained from high speed internet can reduce expenses by more than the added cost, but there’s other more direct savings possible.

See Also: Improving Your Community Can Improve Your Business

Consider Voice over Internet Protocol (VoIP), a technology that lets you make phone calls using the internet, for much less than analog lines. Grant Thornton Inc. saved $800,000 the first year it used a VoIP setup. The company has 2,800 employees nationwide, so the savings may be more modest for your own business.

And then there is the catch… You guessed it; VoIP generally requires a broadband connection.

You might also save money by moving some employees to home offices. Granted, you won’t duplicate Aetna’s $78 million annual savings from using home workers, but you might avoid the need to move into bigger, more expensive space as your company grows. Of course, you’ll need a broadband connection for employees to use a remote access system.

A better internet connection makes for faster sharing of large files between employees. In fact, it can also make for easier and better collaboration between your company and customers or vendors, especially when using sharing platforms like Google Documents.

Broadband enables you to use more electronic technologies in general. And that translates into revenue growth. According to testimony by Department of Commerce Assistant Secretary for Communications, Lawrence Strickling, before the House Small Business Committee, “A SNG study of 600 North Carolina businesses demonstrated a direct correlation between revenue growth and the use of broadband technologies (what SNG terms “e-solutions”).” Companies adopting broadband-enabled technologies experienced between 27 and 31 percent revenue increases.

Is It Time to Upgrade?

Okay, you might agree that high speed internet could improve your business in at least one or two of these ways, and maybe all of them, but what’s the cost? It’s minimal compared to the potential benefits.

Some small business owners use a personal broadband connection rather than one designated as a business plan. You can get a 50Mbps plan for well under $100 per month.

Benefits of higher bandwidths for small businesses are substantial. How can your business benefit from one or more of our recommendations?

Steve Gillman is a freelance writer, author of, "101 Weird Ways to Make Money" and the creator of Every Way To Make Money. Of the more than 100 ways he has made money, writing is (so far) his favorite.
7 Reactions
Subscribe
Follow @smallbiztrends
RSS LinkedIn Pinterest iTunes