Adrian McDermott, Senior Vice President of Product Development for Zendesk, shares with us how using Facebook Messenger for customer service can help create more successful support experiences. But only if companies don’t abuse the privilege of using a channel originally meant for friends and family. (This transcript has been edited for publication. To hear audio of the full interview, click on the audio player at the end of this article.) 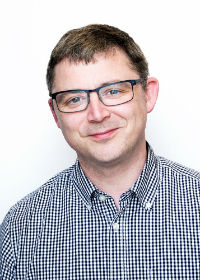 Small Business Trends: Give me a little bit of your personal background.

Adrian: I’m originally from Northern England, but moved to Silicon Valley in the mid-90s for a bottle of wine. And I’ve been doing the startup thing ever since. I joined Zendesk about just four-and-a-half years ago.

Small Business Trends: Recently, Zendesk announced a partnership with Facebook, and particularly surrounding its Facebook Messenger product. Talk a little bit about exactly what the partnership is.

Adrian: Facebook released Messenger not that long ago. And that has grown to be a product that 600 million consumers use to communicate with each other on a daily basis. I believe they announced recently they also manage 10 percent of the Internet’s voice over IP traffic through that product.

Facebook was looking at using Messenger as perhaps a communication channel that will allow brands and small businesses to communicate with their consumers. I think for many small businesses, they’re still operating at a scale in which they can have a personal relationship with their customers. And Messenger is a very personal communication channel because you’re basically invited into someone’s fairly private circle of friends.

We were really excited about being able to work with that channel and being able to figure out how some of the brands we work with were going to communicate with their customers. We already have voice, instant messaging, Twitter and Facebook page support within our product to allow businesses to communicate with their customers through different channels and manage those conversations. Make sure they’re getting timely responses to consumers, and spreading the work among a team. We’re also able to produce analytics on top of that.

With Facebook Messenger, we saw this super relevant channel for consumers. Facebook was working with two established customers already managing various channels in terms of customer communication — customer engagement — through Zendesk. And it was a natural fit for us to then work with Facebook to figure out what would go on the back end.

Businesses are going to have thousands of channels open with various consumers. And one of the things that Zendesk provides — specifically in this case through its chat product, Zopim — is the ability for customers to come online to talk to them, and to actually manage the inflow of conversations and track those conversations.  And so it seemed like putting Zopim and Zendesk together with Facebook Messenger would provide the back end that was needed, that could seamlessly allow businesses to communicate through Messenger and handle the scale of all of their customers using that as a channel. And the same with techniques that have been built up over time to handle email, and to handle chat and to handle voice, etc., etc.

Small Business Trends: On the consumer end, it’s just them using what they’ve been using with Facebook Messenger. But on the company end, they’re using your product, Zopim, to not only communicate, but to really collaborate on the back end and make sure that information being requested is being efficiently responded to, and shot back in the channel the customer is talking to them in.

Adrian: Yeah, that’s exactly right. Facebook put some real thought into the API. We’ve worked together on the customization for Everlane. Everlane is an online retailer of clothing. Everlane’s mission is to make it apparent how much clothing costs to produce and which factories it comes from. And they cut out all of the middlemen and pass the saving directly on to the consumer for designer goods.

Facebook allowed Everlane to push the receipt into the Messenger channel. You make an order online. The receipt appears in the Messenger channel as do all of the shipping notifications and other things. And what’s beautiful about that is, if I get a shipping notification from Everlane, I may have a question about it. And I see that it’s coming from a certain warehouse and may wonder why it’s not coming from the factory. I can respond back in that messenger channel. And on the other side of the fence, the Everlane agent who looks at that query and gets ready with a response, can put it in a context through Zopim with all of my other queries perhaps. And they can look at the merchandise information, the order information, but also see other questions that I’ve asked in the past and have all the context they need to keep responding.

Small Business Trends: What are some of the challenges for companies to make sure they don’t abuse the great technology and the partnerships you’re putting together, but to make it a much more pleasant customer experience?

Adrian: I think there’s a set of challenges and a set of advantages. You may feel like there’s an intrusion or you may feel somewhat violated, right? So Facebook has been good about saying you have to be invited in to create this channel. The consumer has to acknowledge that this is the way they would like to receive updates and information and talk. And I think it’s important. I’m sure Facebook is very sensitive to the fact that you don’t want to, once you’re in, betray that trust.

I think from the brand perspective, there are challenges because of the way many small businesses think about customer service. A customer service interaction could be referred to as an issue or a ticket potentially, depending on the language that they use. But that’s an interaction that has a beginning, middle and an end. The consumer asks for something. The agent handles it. Maybe there’s a back and forth and that constitutes the middle. And then there’s an end where it is “closed” or “solved” and it’s over. Now in the consumer’s mind, that may not be over, right? A telecom company provider did a study and they realized that there were very common follow-on issues to things that happened. So if you order a cell phone, for example, there’s a 20 percent likelihood that you will call back and open another ticket. Which is ‘I need to find out how to access my voice mail. Someone left me a voice mail. I don’t know how it works,’ right, and these kind of things.

And so these follow-on issues — in customer service land we often think of these things as different events. They have a beginning, middle and an end. And they track for consumer purposes, right? In the consumer’s mind, that follow-on call to get access to voice mail, and the initial set up and the billing question that you have — those are all part of the experience of buying a new cell phone. I think the power of Messenger, personally, is that once you have this interaction around a transaction with a customer, the channel is open.

It’s a long-running channel. And without needing to go back into the archive or figure out what’s been the question, or going back to the support page and looking for the click link that sends a message to them or pops up a form — without needing any of those things — you can go into your Messenger and see. ‘Oh! Here’s a conversation I had with Everlane about that t-shirt that I bought. I want to buy that T-shirt in black. I can just click through here and do that.’

Small Business Trends: I noticed in the post on the Zendesk blog that you mentioned live chat is getting some of the highest satisfaction rates already when it comes to customer engagement. Do you see that increasing with this kind of integration?

Small Business Trends: With 600 million active Facebook Messenger customers, does this kind of partnership lead to even more customer service chat in comparison to the other channels?

Adrian: Yeah, it’s certainly a very, very large chunk of market. And there are a lot of advantages to brands having that continuous stream of activity being registered and recorded in a handy place for the consumer. So I imagine as businesses become more socially aware that there’ll be a significant move towards chat. It is a concern for businesses though. Because you do need to think about how you organize the teams that are going to be talking on instant messenger or on Messenger chat.

Small Business Trends: Are there any other main themes or concepts or challenges that companies really should address before they go down this path?

Adrian: It depends a lot on where businesses are at in terms of their journey to engage the customers on different channels in customer service. It’s a short distance journey if you’re already running chat for customer support or customer engagement or sales.

I think if you’re new to that game, but excited about Facebook Messenger, one good thing is that you can A/B test by not making the Messenger feature available on every transactions. You could train and ramp up the team and do it all slowly. You don’t have to big bang migrate all of your transactions over to it at once. At the same time, I would definitely encourage brands and businesses to use some kind of NPS or customer satisfaction measurement tool. Obviously, Zendesk can provide those tools so that you can check that — the before and after state.

Small Business Trends: Where could people learn more about the integration, and also just more in general about Zendesk?

Adrian: Best place to start is zendesk.com. That’ll guide you through descriptions of our core customer service, customer engagement products, the Zopim chat tool which is also available on zopim.com, and the work we’ve done with Facebook as well getting ready for the ultimate launch of the Messenger communication channel for customers.