oDesk Becomes Upwork, But What About Elance? 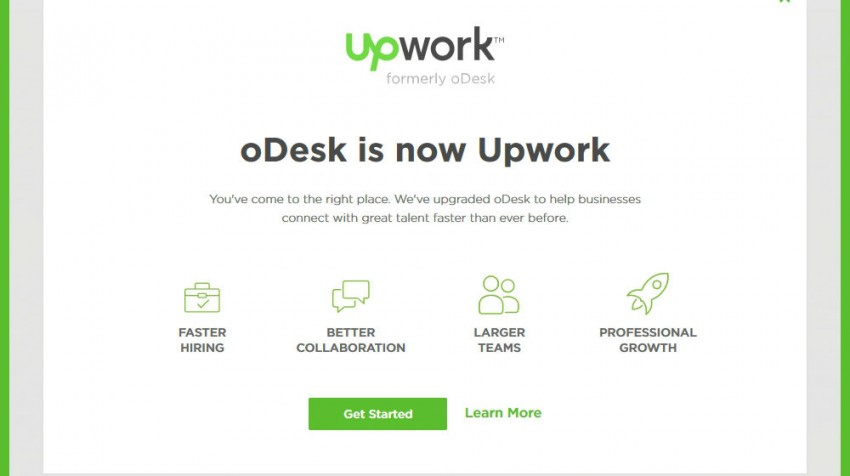 Over a year ago, two of the biggest freelance marketplaces, oDesk and Elance, announced they would be merging into one. Since then, they have operated as separate platforms.

Today the new company announced a relaunch under the name Upwork with a new platform by the same name.

“The new Upwork platform combines the best of both Elance and oDesk, plus adds innovation. It is the platform innovation will happen on moving forward, and is based on the former oDesk platform,” company spokesperson Christina Schultz told Small Business Trends.

But the question is how the new community will differ and what will become of Elance.com.

For now, Elance.com will operate as a stand alone site owned by Upwork. Schultz said the move was prompted by a desire to preserve continuity for Elance.com users and give them a chance to acclimate.

However, with the offering of a “one way bridge” to make it easier for Elance.com users to transfer their accounts to Upwork, it’s clear the company would prefer they make the move.

“Within a year or two we will be moving towards a single platform, and that platform is Upwork,” Schultz explained.

In fact, in recent years, there has been little difference between the two sites except for a small difference in fees and a few features.

So the idea of finally unifying the two communities on one site — in this case on the newly rebranded Upwork — made logical sense.

“One of the reasons we decided to merge the two companies is that we were quite similar in features and in our vision,” Schultz added in a telephone interview.

Innovation focused on the newly rebranded Upwork site provides an added incentive for Elance.com members to consider migrating their accounts.

And some of that innovation has already been introduced.

The company has not set an exact time when Elance.com will be shut down. The hope is to get Elance.com customers to switch to Upwork before that time comes.

Shawn Hessinger is the Executive Editor for Small Business Trends and a professional journalist with more than 20 years experience in traditional and digital media for trade publications and news sites. He is a member of the Society of Professional Journalists and has served as a beat reporter, columnist, editorial writer, bureau chief and managing editor for the Berks Mont Newspapers.
50 Reactions
Subscribe
Follow @smallbiztrends
RSS LinkedIn Pinterest iTunes