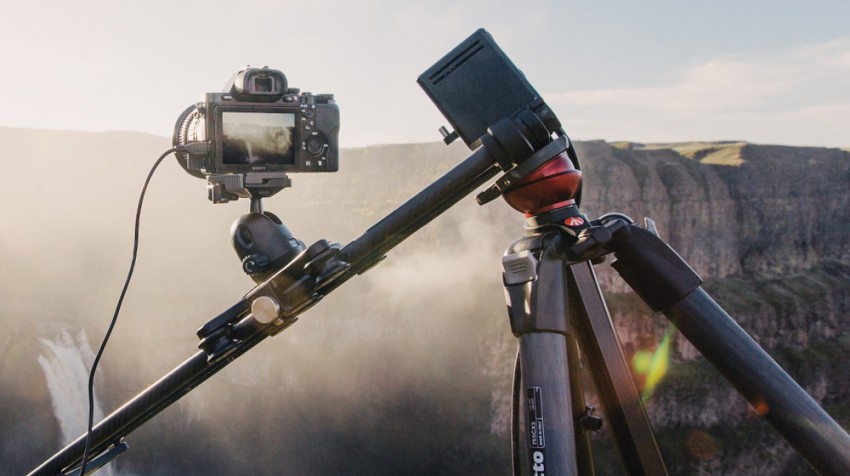 A hobby can change the course of a career.

Kyle Hart was an insurance salesman who discovered a love for video. His hobby would lead him to start creating his own camera equipment and from there his own company, Rhino Camera Gear.

After creating a prototype for a DSLR stabilizer in his garage, Hart decided to give crowdfunding a try to launch his first product in 2011. The campaign worked, bringing in more than $79,000.

Since that first campaign, Hart has run four successfully funded projects on Kickstarter and expanded his company from one guy in a garage to a whole team designing and creating camera gear.

Hart has not stopped at just creating DSLR equipment. He and his team have begun to expand into professional film making gear as well. The company boasts creating professional and innovative camera gear that is both modular and durable.

Hart’s latest crowdfunding venture is for the Rhino Slider EVO with Rhino Motion, a motorized camera slider and motion controller in one package.

Like other Rhino products, the slider is modular so the rails can be swapped out for lighter carbon fiber or stainless steel to carry more weight. It’s also designed to easily integrate Rhino Flywheel, an accessory the company claims smooths out any inconsistencies in the slide that could show up in film.

But possibly the most useful new product being launched in this campaign is Rhino Motion. It’s a device that allows for more control while filming with the slider.

The company claims Rhino Motion enables users to capture live motion and time-lapse in a single unit with a precise drive system and built in hi-capacity battery. There’s no need to swap motors or use external batteries even when filming on multiple shoots.

For more information on the Rhino Slider EVO, check out the Kickstarter video below.

The company states on its Kickstarter page:

“All of these new tools are designed to work seamlessly as one integrated system. Whether you use the Flywheel for live events or Rhino Motion for accurate repeatable movements, all the components of the EVO system are toolless and are designed to improve your workflow as a filmmaker.”

Even with only around 110 backers for the company’s latest Kickstater campaign, the crowdfunding effort has brought in over $96,000. Rhino’s products may only appeal to a niche market, but it would seem that those who are interested are willing to pay for the quality.