Robot Bugs Can Teach Kids How to Code 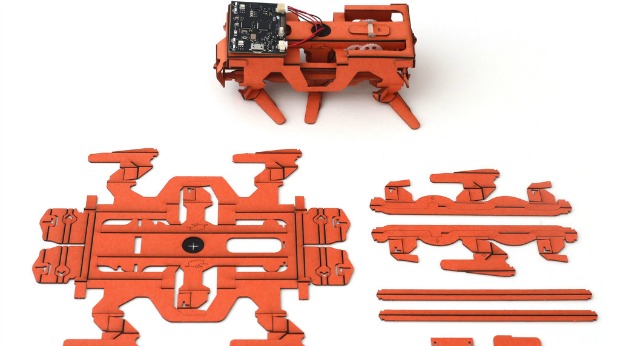 There are lots of kids’ toys that are also meant to teach.

Puzzles can teach children about shapes. Blocks often include letters, colors or animals. There are even plenty of tablet and smartphone apps aimed at teaching kids everything from reading to motor skills.

But now there’s another option that’s teaching a new skill. Dash Robotics is a company that creates small robots aimed at teaching kids how to code.

The bots come as a sheet of different fabric and metal parts that kids can then pop out and build into bug-like creatures with six legs. Kids can then program the robots to do different things like move toward lights or complete mazes.

“There’s a lot of things going on with this. It’s programming, building with their hands. They get to create their own character and personality.”

The company started as a research project for a group of PhD candidates at the University of California at Berkeley. Their first batch of robots were made of plastic and all they could do was skitter in a straight line.

But when the PhD candidates, including Kohut, Paul Birkmeyer, Andrew Gillies and Kevin Peterson, started showing the robots at some schools and museums, they knew it was bigger than just a school project. Kids really seemed to enjoy them.

So they formed a company, refined the product by creating mobile apps that would allow users to control the robots, and started a crowdfunding campaign. Within two weeks, the company had sold 1,000 robots. And they currently retail for only $50 each. While that’s not exactly pocket change, it seems fairly reasonable for a toy that can also teach kids a skill that’s becoming increasingly valuable. Dash Robots could potentially even contribute to creating a new generation of tech-savvy entrepreneurs.