8 of the Top Apple Watch Apps for Small Business Owners 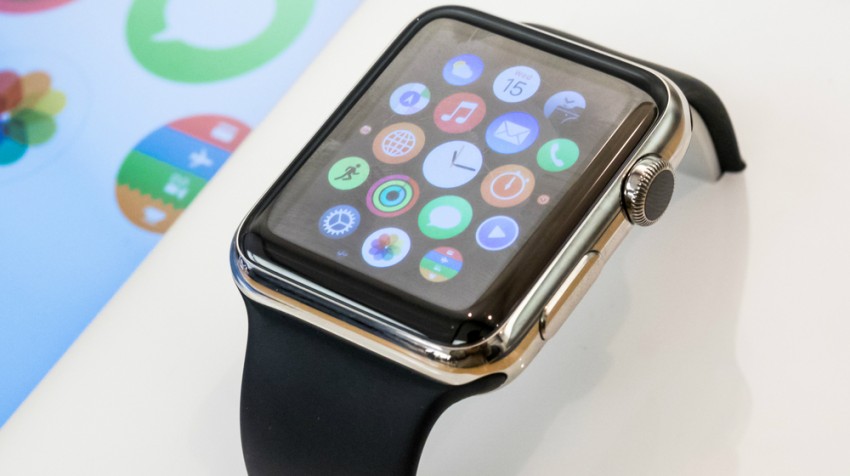 For years, Apple fans waited patiently for the so-called iWatch.

Then, on Sept. 6, 2014, Apple finally gave the world a first look at its first piece of wearable technology during the big iPhone 6 event.

The Apple Watch, not the iWatch, has now been on wrists for at least several weeks. So far, even with some first-gen hiccups, the Apple Watch has proven to be a well-constructed smartwatch that should come in handy for small business owners thanks to the eight following apps.

With expectations of sales of wearables increasing 50 percent in 2015, being an early Apple Watch adopter doesn’t only mean being ahead of the game, but for small business owners, these are the top Apple Watch apps at your disposal for making the most of your Apple Watch.

The free Evernote Apple Watch app is a great addition to the popular business app that you probably already have installed on your iPhone.

Just like the iOS app, this Evernote app can be used to set reminders, take dictation or view notes, and even see content that is related to an upcoming meeting. Because the Evernote Apple Watch app moves seamlessly between your iPhone or iPad, it makes working while on-the-go a breeze.

TL:DR is a free iOS app that was released earlier this year. It was specifically designed to simply browse your Gmail messages since you may be too busy to read them. The messages appear as “cards” which give you just a glimpse of the email.

TL:DR also provides an estimated time on how long it will take to read an email, as well as the ability to reply, read later, or open the email. You can can even use TL:DR to open attachments.

Clear is another popular app (it’s been downloaded by more than 2.5 million users) that can be used to create reminders, view upcoming tasks, and swipe tasks once they’re completed.

Because of Clear’s elegant and minimal interface, it’s well-suited for the smaller screens of the Apple Watch. Clear is available for $4.99.

Slack is a free productivity app that has been gaining a lot of traction lately. The iOS app is already being used by over 750,000 people. Through the Slack app, you can easily and quickly communicate with team members, as well as share valuable content with them.

A very handy feature for the Apple Watch is the ability to respond to messages by either dictation or choosing a pre-selected response.

Invoice2Go is a powerful cloud-based app that allows users to create invoices and estimates instantly. It can also be used to keep track of unpaid invoices and give you a glimpse of how your business is performing through reports. The Apple Watch app has a very cool “geo-fencing” feature that tracks your time spent at a job.

Service is free for three invoices, with more robust plans starting at $49.

CommiTo3 is one of the more innovative productivity apps available. It was designed to allow users to prioritize three most important tasks for the day. You can then create teams of people, which can be anyone from co-workers to family members, who can assist with completing the tasks.

Participants can send reminders to each other throughout the day, check the status of tasks, and check off tasks when they’re completed. The app is free to download.

If you rely on the awesomeness of Salesforce’s CRM platform, then you should be thrilled that it’s also available on the Apple Watch. The Salesforce Wave app gives you a snapshot of your business analytics through the Salesforce Analytics Cloud.

With Salesforce1, you can send notifications to salespeople, marketers, and service agents.

Finally, the Salesforce Wear Developer Pack can allow you to create your own enterprise apps.

BetterWorks was designed to help enterprises establish goals. And, that’s why this simple idea works so well on the Apple Watch. As BetterWorks cofounder and CEO Kris Duggan states,  the “app will make it easy to get a quick snapshot of where current goals stand, add short check-ins and cheer on coworkers achieving their goals.”

The Apple Watch is still just in it’s infancy. But we can expect even more apps that can help small businesses achieve success to roll out in the very near future as soon as the bugs that come with a first-gen product get ironed out.

Loren Baker is the founder of Search Engine Journal, hosts the podcast Search & Deploy on Rainmaker.FM and is a VP at Foundation Digital, a digital marketing agency. A long time digital entrepreneur, Loren has been in digital marketing since 1998 and over the past decade he has built & executed Search & Social strategies for leading companies in car insurance, retail shopping, professional sports and the movie & television industry.
9 Reactions
Subscribe
Follow @smallbiztrends
RSS LinkedIn Pinterest iTunes