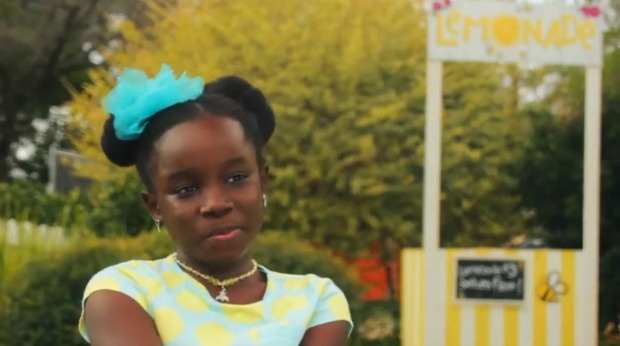 Many kids at some point or another open a lemonade stand.

A lot of those early business efforts turn out to be one-day wonders due to low foot traffic, running out of supplies or just loss of interest. But some entrepreneurial kids have been able to turn their lemonade stands into regular sources of income.

Mikaila Ulmer was one of those kidpreneurs. But the 10-year-old has actually taken her lemonade venture, BeeSweet, a step further, securing a $60,000 investment from FUBU CEO Daymond John on ABC’s Shark Tank. John said in a statement, which was reported by Inc:

“Partnering with Mikaila made perfect sense. She’s a great kid with a head for business and branding. She’s got a great idea and I’m happy to help take BeeSweet to the next level.”

But BeeSweet isn’t your typical lemonade business. Ulmer uses a combination of social entrepreneurship and a unique product to set her business apart. The lemonade itself is different because Ulmer uses a special flaxseed lemonade recipe that her Great Granny Helen sent her from a 1940s cookbook.

She also forgoes regular sugar in favor of honey made from local bees — and the bees are what tie the company to its social cause.

Before launching BeeSweet, Ulmer had a major fear of bees after being stung twice in one week. But as she learned more about bees and the current decline in bee populations around the world, she was able to transform that fear into action. BeeSweet donates a percentage of each lemonade sale to local and international organizations fighting to save bee populations.

Though it certainly started out on a small scale, those methods are some of the same ones used by much larger businesses trying to set their products and brands apart from the competition.

Ulmer has been so successful with those techniques that BeeSweet is now sold online as well as in Whole Foods stores and similar retailers in multiple states.