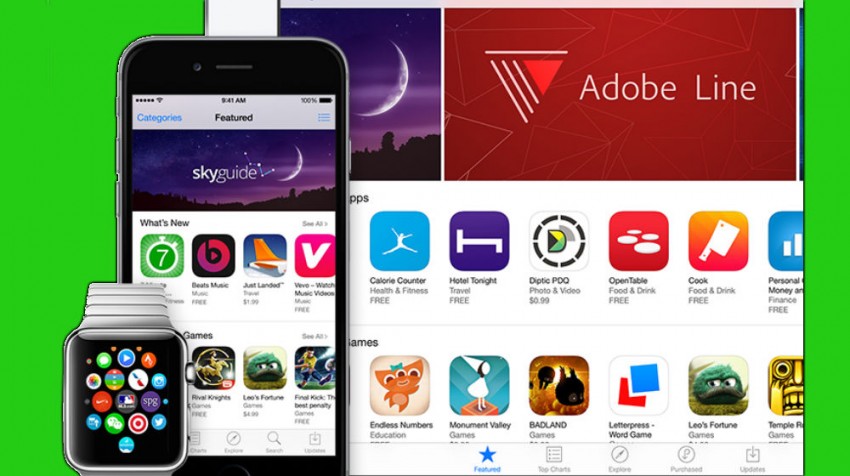 Not all news is good news. That’s especially true in the world of small businesses this week. Search engines, social media platforms, and other tools regularly update and add to their offerings for businesses. But not all of those updates necessarily make life easier for small business owners.

This week, Microsoft announced a new Bing encryption. In addition, an upcoming iOS update from Apple could have a negative impact on mobile ads.

Small businesses should be aware of these changes so they can better plan for their impact.

But there was also some positive news in the world of small business this week.

Read on for a full list in this week’s Small Business Trends news and information roundup.

Microsoft has announced that Bing will soon be expanding its encryption with the use of TLS protocols. What does this mean? According to the company, Bing has offered the option to encrypt search traffic for the past year and a half.  And it seems to be catching up with Google.

Uh Oh, Apple iOS 9 May Be a Mobile Ad Killer

At its early-June Worldwide Developers Conference, Apple revealed, among other things, that the newest version of its iOS 9 operating systems will roll out this fall, free of charge.

If you’re an affiliate marketer, you probably understand how the basic model works: You sign up to be an affiliate of, say, Amazon and earn monthly commissions based on the number of visitors you send to Amazon who complete a purchase. The advertiser pays you an amount generally based on a percentage of the purchased item’s price.

Google Maps Could Tell Customers Your Business is Closed

Google is tightening the belt on local businesses. And if you’re not careful, people searching for you could be led to believe you’re closed or out of business, entirely. Earlier this month Google announced that inactive Google “My Business” accounts may become unverified.

Brightly Wearable Tech Tells You When You Need a Bathroom

Though it’s not a fun thing to discuss, incontinence is a fairly common issue for people above a certain age. For now, most people who experience it have to deal with adult diapers or opt for surgery. But very soon, technology might be able to provide a better way for people to deal with incontinence.

Your business is in Boston. You have clients in Beijing. You’re about to communicate via Skype for the first time, and you’re worried. Allay those worries because Skype’s new feature will allow you to (hopefully) communicate seamlessly with foreign partners and clients.

Now Access DropBox Pro from Your Cheaper OnePlus One Phone

Fans of DropBox Pro can now access it from the OnePlus One smartphone, thanks to a new promotion by the company timed to coincide with a drop in price. When it first launched last year, the OnePlus One was like an exclusive nightclub; you needed an invite to access it. Since then, a lot has changed for the phone and company.

There’s a milestone in Biz2Credit’s latest report. For the first time in the index’s history, small business loans approved by institutional lenders have surpassed those approved by alternative lenders. That’s according to the May 2015 Biz2Credit Small Business Lending Index, an analysis of 1,000 loan applications that appears each month on Biz2Credit.com.

These Rookie Business Owners Are Trying to Save the Rainforest

Some college students decide to take short breaks from school in order to travel abroad or make some extra money. But Tyler Gage took a hiatus from his studies at Brown University for an entirely different reason – to live in the Amazon jungle among the Shipibo people. He first became interested in Amazon cultures because of a class he took at Brown.

Building a strong team of passionate individuals can be beneficial for every type of business. But it’s especially critical in industries like skateboarding, where personal passion plays such a great role for consumers.

You’re probably already using “the cloud” (i.e., going online) to operate some aspects of your business. But as Thomas Hansen, Vice President of  Microsoft Worldwide SMB explains, even if you’re sold on the benefits of the cloud, it may seem daunting to get started – or do more. He advocates taking incremental steps. Start small. Then do more over time.

Is It Possible to Run a Home Business While the Kids are on Summer Break?

If you run a home business, you’re probably coming up against a unique obstacle this time of year. Having your kids home for summer break is a major challenge when you’re trying to be productive in your business. While it may cause some upheaval and stress, it is possible to manage both your home business and your kids for these long, hot summer months.

You say you care about work-life balance, but do you, really? A new survey found that while women small business owners claim to value work-life balance more than men, women are less likely than men to actually take steps to achieve that elusive goal.

Feeding Low Income Families? This Grocery Store Has an Option

Each day, tons of good food is thrown into dumpsters at grocery stores and restaurants throughout the country. But at the same time, there are people going hungry. That just didn’t add up to Doug Rauch, the former president of Trader Joe’s. So, he came up with a unique solution. Daily Table is a new grocery store in the Boston neighborhood of Dorchester.