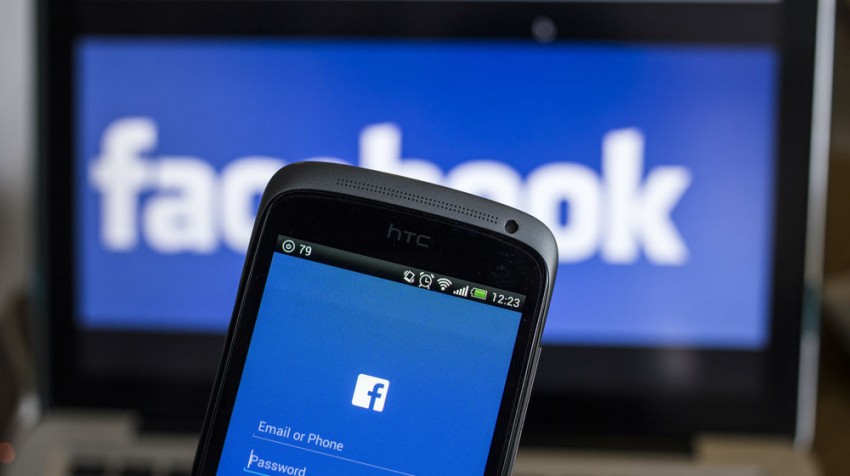 When you’re the fastest gun in the West, everyone wants to take a shot at you.

And when you’re a company the size of Facebook, you’re like that gunfighter … always defending your title, or in this case, your brand.

At least, that’s according to the Wall Street Journal, which says the social media titan has filed more than 100 oppositions with the U.S. Patent and Trademark Office against companies that Facebook says have names that are too much like Facebook.

It’s part of a larger trend, the Journal says, of larger companies bringing claims against start-ups to block them from using similar-sounding names.

Case in point: Designbook, a Vermont start-up that hit a roadblock in May when Facebook filed an objection with the patent office over the name.

“Designbook’s publicly available trademark application sought protection for a social-network service, coupled with the word ‘book’ in its name. That would create a combination that Facebook believes could easily confuse consumers.”

Designbook’s founders counter that they’re a platform for entrepreneurs and up-and-coming businesses, not a social media network. They say they’re likely to spend tens of thousands of dollars fighting Facebook’s opposition, and run the risk of losing future investors.

Experts worry cases like these could make it harder for startups to make a name for themselves. Betsy Rosenblatt, director of the Center for Intellectual Property Law at Whittier Law School in Costa Mesa, California, told the Wall Street Journal:

“It forces newcomers to come up with arbitrary or suggestive or fanciful names, which are harder to market because people don’t know what your good or service is.”

This isn’t to say that small companies have no chance against corporate giants. Look at the case of Charbucks.

The case began back in 2001, when Starbucks took action against the Black Bear Micro Roastery, maker of “Charbucks Blend,” “Mister Charbucks” and “Mr. Charbucks” blends of coffee.

Starbucks said the smaller company was confusing consumers by “blurring” its brand.

But in 2013, the 2nd U.S. Circuit Court of Appeals ruled against Starbucks, saying it had failed to make its case for an injunction against Black Bear. The court made the ruling in spite of a phone survey by Starbucks that indicated at least a little confusion among its customers.

Still, this isn’t to say that every small business could prevail in this case. It’s also worth thinking about the cost. Black Bear needed two court rulings to win its case, which lasted 12 years. It would take a lot of coffee sales to pay those legal fees.