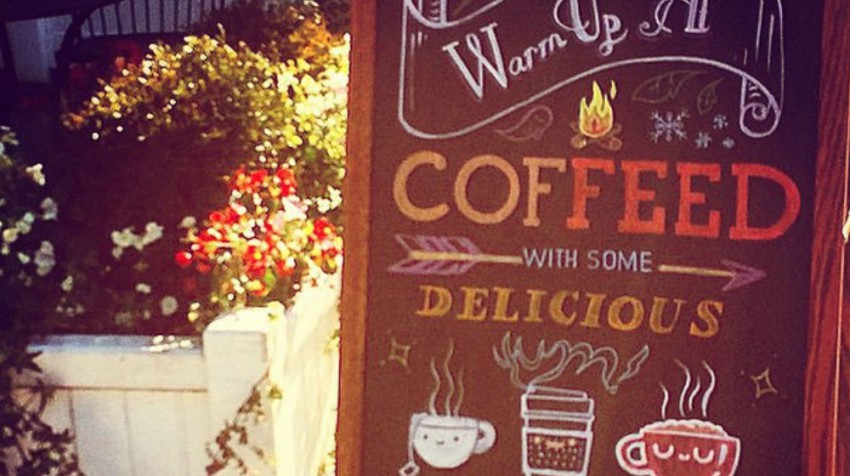 While it’s not unusual for small businesses to want to give back, Coffeed has made that one of it’s primary goals.

Founded back in 2012 by Frank ‘Turtle’ Raffaele in Long Island, this cafe regularly donates between 3-10 percent of its profits to different nonprofit organizations and local charities. As the company’s website reads:

“We are driven to become one of the most charitable companies in the world and one of the most profitable as well. Every location we open is a powerful opportunity to benefit another community, additional charities, and new customers. We want to be known as the best place to get fantastic, locally-sourced meals and superb coffee, and as a result, to support worthy local charities.”

Coffeed gained its first Manhattan location earlier this year. After being awarded a space at half-price rent inside the lobby of The Foundling headquarters, due to their significant donation offer, they quickly opened shop in the new location: which just so happens to be in one of the most coveted business areas in NYC.

In exchange for the rental deal, the cafe offers a percentage of their sales to The Foundling, and dedicates one quarter of their retail space to education and information on today’s issues of poverty and inequality.

They also give Foundling clients first priority when it comes to hiring, often including developmentally disabled adults and teenage foster children that would otherwise have hard times finding work.

Helping out locals isn’t something that Coffeed is unfamiliar with. In January, the comany announced that it would be taking over a restaurant in Fort Tryon Park called New Leaf: a popular wedding venue that announced in December that it had to close its doors.

Coffeed quickly stepped in, announcing that the comany would be taking over, much to the relief of couples who had reserved the venue for weddings. Raffaele promised that little change would take place: most of the staff was re-hired and they even kept the name.

The coffee shop also shares their original location with the Brooklyn Grange, a non-profit that runs rooftop vegetable gardens in New York City. This one-acre urban farm provides most of the produce for Coffeed’s eight locations.

Another branch, located in Long Island City, gives a share of its profits to the Hunters Point Parks Conservatory.

This year, the company even became an international business after opening a shop in Seoul, South Korea. Raffaele’s partner had a friend that was located in the Gangnam neighborhood, and they worked out a licensing deal which includes donating to local charities that help disabled children.

Profit through non-profit has been a successful strategy thus far. Last year the shop took in about $1.5 million in revenues, and this year he expects somewhere around $4 to $6 million. Raffaele hopes to have twenty locations within the next five years. He even mused to the Huffington Post:

“And I think that a business can be charitable as well as profitable. … I want to have 100 of these stores across the city.”